ON THE SCENE: ‘Awe and inspiration’ 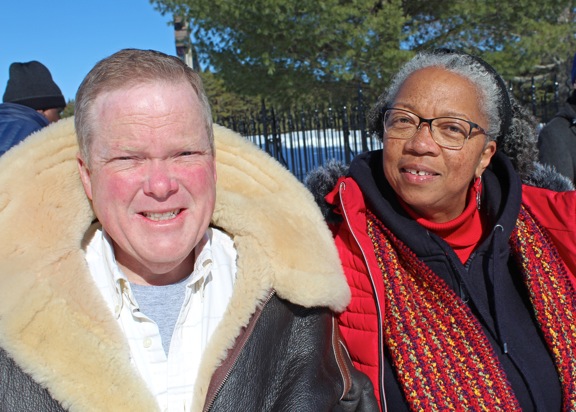 Harriet Tubman was a dynamo. Not to imply equal merit in any way, but Bonnie and Clyde drove the police crazy because they kept popping up in different states and communities when they robbed banks, which made them difficult to capture. Tubman probably frustrated local authorities even more so because every one of her 13 trips south to free fellow blacks from slavery took place in the same area of Maryland. She just kept coming again and again for 11 years, guiding 70 slaves safely to freedom. They put up posters, notices in the newspapers and reward money, and still, she eluded capture.

Remarkable in her ability to avoid capture was that she couldn’t read or write, at least not in the conventional sense. She could tell where she was heading by the stars and a thorough knowledge of the landscape. Also, Tubman had a near uncanny ability to read people’s faces and sense their emotions, coupled with determined faith-based zeal. She couldn’t swim, but that did not stop her from fording rivers even when the current was swift, and the waters rose to her neck.

If that were all Tubman did, she’d deserve high praise, but she did a lot more. First, she escaped from slavery in her 20s, a solo trip into the unknown. She served as a spy, scout and a nurse for Union forces during the Civil War. Tubman was the first woman to lead an armed assault in battle (in the Civil War), freeing over 750 slaves while doing so. She was an ardent voice for women’s right to vote and worked closely with suffrage leaders like Susan B. Anthony. Tubman founded a home for the aged in Auburn, New York. As a result of these and other accomplishments, she inspired other African Americans and minorities in their struggle for Civil Rights. Tubman was the first African American woman honored on a U.S. Postage Stamp. She may soon be the first African American to be honored with her likeness on a banknote replacing Andrew Jackson on the $20 bill.

Tubman’s life, experiences and friendship with local legend John Brown were featured this past weekend as part of the Global Arts Fest held at the Lake Placid Center for the Arts and other venues March 6-7. The film “Harriet” was screened for a public-school audience Friday afternoon and then for the general public on Friday and Saturday evenings. Tubman biographer Kate Clifford Larson, who led question and answer sessions after the screening, also presented a luncheon lecture at the Hotel North Woods on Saturday.

The screenings, luncheon discussion and laying of a wreath out at the John Brown Farm State Historic Site was organized by John Brown Lives! in cooperation with the LPCA and the Adirondack Film Society. The screening is part of JBL!’s Harriet Was Here initiative, an arts-infused exploration of the life of Tubman that connects teachers, students and communities where she had a strong presence. Examples include St. Catharines, Ontario, a hub for African American slaves who escaped to Canada as Tubman did following the passage of the Fugitive Slave Act. From there, she headed to Maryland on her daring missions to lead slaves to freedom in Canada. 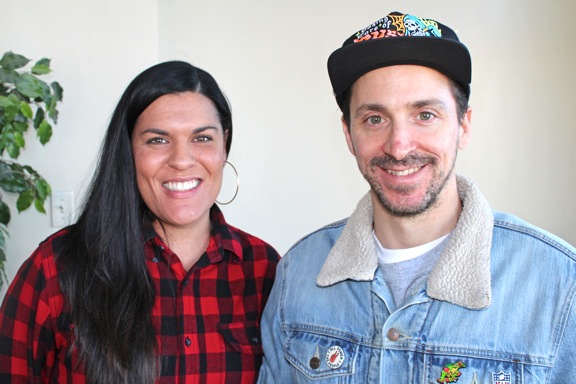 Others locations for Harriet Was Here events are Dorchester County, Maryland, where she had been enslaved; Auburn, where she lived following the Civil War and was an active member of the Suffrage movement and operated a nursing home for elderly African American women; and the Adirondacks, reflecting her deep friendship with abolitionist John Brown. In each of the communities, students visit sites where Tubman had a connection, craft and perform songs about Tubman’s life, share information with youth in the other communities, and celebrate Tubman’s achievements. As part of that educational journey, they skyped Tubman’s biographer Kate Clifford Larson, who also provided background information to the producers of the film Harriet.

“The film captured the spirit of Harriet Tubman,” said Cordell Reaves, historic preservation programs analyst at the New York State Office of Parks, Recreation & Historic Preservation. “It captured her self-determination, sense of agency and ability to trust herself and her instincts in the face of all sorts of danger and people, even in the abolitionist movement, telling her no, she couldn’t accomplish her various things. She trusted her abilities, wisdom, and faith, and that’s why she was able to achieve her many accomplishments.”

Reaves said he wished the film had talked more about the strong friendship and deep respect that Brown and Tubman had for each other. Larson said that Brown was like no other abolitionist she met. First and foremost because he, and his sons, were willing to give their lives to help win freedom for slaves. Further, they welcomed blacks into their homes and broke bread with them; they treated blacks with dignity and respect.

Before meeting Brown, Tubman had met and been supported or encouraged by the “Secret Six,” the men who backed John Brown’s exploits. Rev. Germaine Logan from Syracuse, along with Fredrick Douglass and his wife Anna Marie decided to connect Brown and Tubman in the winter of 1858, which Logan did, bringing him to her home in St. Catharines.

“Brown and Tubman took an instant liking for each other,” said Larson. “She found him amazing because he too heard God’s voice; that God was guiding him to activate and start a revolution to free the slaves. His calling was in step with her vision of what needed to be done to end slavery. Harriet had never heard a white man talk like this before and who was willing to die for her. She met many who were willing to help her financially and give her shelter but not die for her. For his part, John Brown was overwhelmed by her. He felt Tubman was a brilliant military strategist. He recognized her genius and great skills in leading people.” 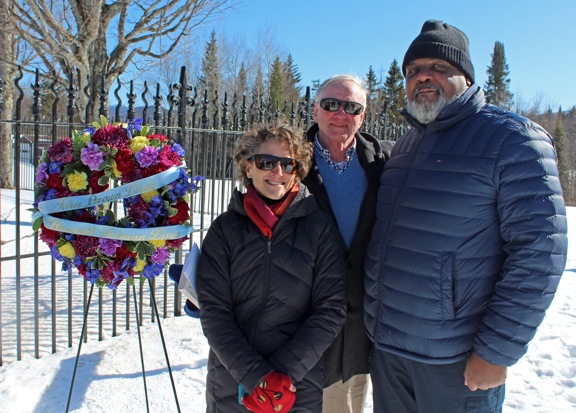 Special was learning that Press-Republican feature writer Robin Claudell, who hails from the Eastern Shore of Maryland, has cousins who are related to Tubman. At the same time, she is a distant cousin of Frederick Douglass, who, like Claudell and Tubman, is from that same region. Indeed, her uncle’s family were slaves on the same plantation as Douglass. Claudell later provided a very moving close to a wreath-laying at the John Brown gravesite.

“Dr. Larson added so much to a very powerful screening of the film about Harriet Tubman,” said Paul Murray. “The most impressive thing about Harriet was she did it by herself. She was a solo operator, and perhaps that’s one of the reasons she was so successful. There was no one to betray her. They wanted to capture her, but they couldn’t believe a black woman would be capable of doing what she did, so they were looking for a white man disguised as a black woman.”

“Awe and inspiration,” said Bill Kissell. “Awe that she was willing to put her life on the line time and time again rescuing other people, and inspiration; all of these problems like racism, the unfair criminal justice system, and mass incarceration are still here. We have to continue to fight and continue to be inspired by people like John Brown and Harriet Tubman.”