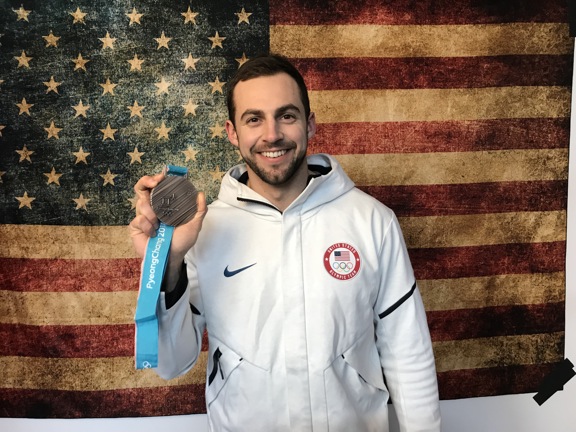 LAKE PLACID — The start of fall training outside Sochi did not go according to plan for American luge racer Chris Mazdzer.

USA Luge athletes arrived in Sochi last weekend, and in the first days or training, Mazdzer, 2018 Olympic silver medalist, suffered a broken foot, according to a Thursday press release from USA Luge. The incident occurred Tuesday in a singles training run on the 2014 Olympic track where he collided with a wall. Mazdzer is planning to return to the United States shortly.

“Although I didn’t crash, I knew something was wrong right away,” posted the three-time Olympian on his Instagram page. “I couldn’t put any pressure on my foot and imaging confirmed that I broke my foot in a few places. Now it’s time to head back Stateside to assess what needs to happen in order to get back on the sled as soon as possible. This is definitely a huge speed bump, but adversity is a great motivator.”

The Salt Lake City resident hopes to become the only luge athlete to compete in three Olympic events: singles, doubles and the team relay.

The mishap harkened back to late 2013 when a similar incident befell Sochi Olympian Kate Hansen. She also broke a foot but nevertheless qualified for the 2014 Games and went on to finish 10th.

“Over the last three years, we have overcome numerous injuries and still come back stronger,” said Terdiman, who is originally from Berwick, Pennsylvania, but now lives in Lake Placid. “I believe this instance will be no different. Chris and I are both mentally tough, and we know how to get through anything.

“During this time, I will be working on my new (doubles) sled, to have it as primed and ready as can be for whenever we are able to get back on the track. Neither of us has been deterred from the end goal, putting Team USA on the podium in Beijing.”

After two weeks in Russia, the U.S. team will return to Lake Placid and continue season preparation at Mount Van Hoevenberg from Oct. 12-16 before moving on to Park City, Utah for additional sliding on the 2002 Olympic course from Oct. 20-25.

KEESEVILLE — AdkAction’s Compost for Good project is looking for a new home for a community-scale, in-vessel ...

Lighting the village for the holidays