ON THE SCENE: The next steps for justice reform, fighting racism 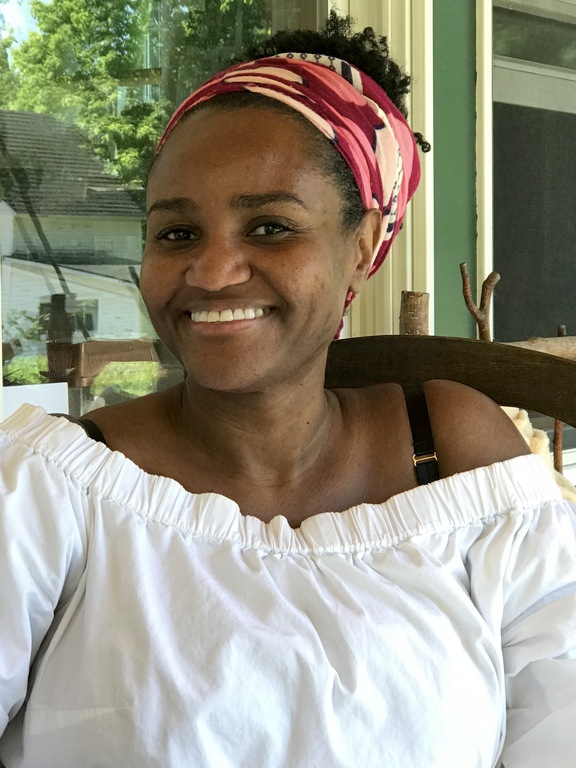 Protests for justice reform and giving Blacks especially, but all minorities, equal access and opportunities have not decreased in the Adirondacks or elsewhere across the country.

Indeed, the second protest at the bottom of Spruce Hill in Keene attracted more than the first one held two weeks ago. But what’s the next step? What’s the “hard work” that needs to be done to make all people feel welcome, safe, and have the chance to live to their fullest potential?

Michelle Alexander, author of “The New Jim Crow: Mass Incarceration in the Age of Colorblindness,” suggests that as a first step, we should face our racial history and racial present, then reimagine and fight for social and economic justice.

Slavery, one group of people forcing another to do its bidding, has been a part of the human history for a long time, especially in societies where there was social stratification such as in ancient China, Egypt, Greece, Japan and Mesopotamia, and in the Americas with the Aztecs, Incas, Pawnee, and Comanche among others.

When the Europeans first arrived, it was not to explore the wonders of the world but to find a shorter, cheaper route to the Far East’s spices and other commodities. Though thwarted in achieving that goal, they soon discovered other assets such as gold, silver, sugarcane and tobacco. Initially, the Europeans forced the natives to work filling their coffers. But, as smallpox that came with them started decimating the locals in droves, the Europeans quickly turned to ship in slaves from Africa. Doing so, they laid down an economic foundation upon which the growing society was built, as well as an ingrained sense of entitlement of their culture being more important, more worthy than any other (consider the meaning of “Manifest Destiny”).

When Dr. C. Everett Koop first hired me, the director of his Institute at the Dartmouth Medical School was a retired captain in the U.S. Navy. He told me that the Navy spent a great deal of time selecting the first crew and command for any new ship as they would establish the culture of the ship, a culture that would be extremely difficult to change if any problems arise down the road.

Our challenge in addressing racism is that it’s been a core ingrained aspect of our culture since the first Europeans arrived. Today racism’s manifested in voter suppression, a far greater number of Blacks and brown-skinned Americans filling our jails than their percentage of population warrants, and Blacks being institutionally disadvantaged in every economic, educational and health aspect of our society. For us, who live in a tourism-based economy, creating a more welcoming environment will require addressing access, equity and diversity head-on.

Raul “Rocci” Aguirre, director of conservation at the Adirondack Council, feels while maintaining public pressure through protests and other means is valuable, seeking help from professionals who are trained in helping communities address diversity issues is the best way forward.

“As I’ve been telling people, now is the time to transform intent into action,” said Aguirre. “It’s about community leadership owning what comes next.”

“This is a hard discussion,” continued Aguirre. “There are no easy answers. There are no easy ways to transform an organization. But the more that the leaders of those organizations are out front, that’s where you begin to see leadership on the issue. I think another challenge is to not over-emphasize persons of color in this process. The tendency is to get all persons of color in this region fully engaged. That’s very taxing and becomes exhausting after a while. Instead, we need experts who can lead and facilitate productive discussions.”

One such expert is Nicky Hylton-Patterson, director of the Adirondack Diversity Initiative. She launched a series of online “listen-ins” discussions on Monday, June 15, that anyone can attend through Zoom. The first session featured Dr. Michelle Cromwell, vice president for diversity, equity and inclusion at SUNY Plattsburgh; Dr. M. Nicole Horsley, assistant professor at the Center for the Study of Culture, Race and Ethnicity at Ithaca College; and Clifton Harcum, diversity officer at the Division of Diversity, Equity and Inclusion at SUNY Potsdam.

They spent the hour laying down a foundation for future discussion through drilling into the meaning and history of such words as implicit bias, prejudice, racism, white privilege and white supremacy. I encourage people to listen to this presentation accessible at the Adirondack North Country Association and Adirondack Diversity Initiative websites.

“People need to have a framework,” said Hylton-Patterson. “They need to have some foundational information that will set up an understanding of where you are and where you fit in as part of this system. Systemic racism is when the infrastructure, the state institutions and other mechanisms that have the power to control people’s lives, articulates the idea of racism. You need to understand how you are a part of that through your day-to-day interactions and how you are a part of that structure.”

As an example, if you are a white person, you mainly feel you can go anywhere and do anything in society or could if it wasn’t for the immigrants or some other taking away your work or other opportunities. According to Hylton-Patterson and the panelists, such attitudes are built in to the way histories are written, laws implemented, businesses run and words described.

“That systemic part is hard for people to understand,” said Hylton-Patterson. “They say, ‘How am I a part of that? If it’s the state and institutions, I’m not a part of that.’ All of those things help shape our moral code, our way of being, our gender roles–all of that. The hard work is once you know, once you understand, to then decide to interrupt.”

As my great-grandfather, Harv Alford, was fond of saying, “If you stick your naked butt out the window, expect a cold wind to come along and slap it.” People resist change, at times violently, as was demonstrated in Charlottesville, Virginia. It takes a sustained collective effort to bring about change and then to maintain it.

As an example, the Voting Rights Law of 1965 was passed to prevent racial discrimination in voting. However, over the past dozen years, many states have imposed restrictions that have disenfranchised millions of Americans, mostly Blacks, Hispanics, Latinos, young people and the elderly.

As any gardener knows, planting seeds and seedlings is step one; the hard part is the weeding, fertilizing and daily care. So, too, is true of Civil Rights, environmental, or infrastructure legislation; ongoing diligence is required. Voting matters.

“I’m inspired by the fire and passion that young energy can bring to this discussion, and that is so critical,” said Aguirre. “A common refrain is that the audiences and leaders are led by old white guys. One of the things that I think we forget is that some of them were also the folks who were the young front line on Civil Rights. We need to see that they can be strong allies. People who came from that movement who are in leadership positions now can help change the paradigm, they are the ones who can open up power and leadership positions as they transition out. Identifying allies should be an important part of this discussion as well.”