Lowell Bailey of Lake Placid was the top American finisher Thursday in the 10-kilometer sprint race of the World Cup biathlon event in Kontiolahti, Finland. He finished 29th with a time of 25 minutes, 2.3 seconds and two penalties.Tim Burke of Paul Smiths wasn't far behind with his 35th-place ... 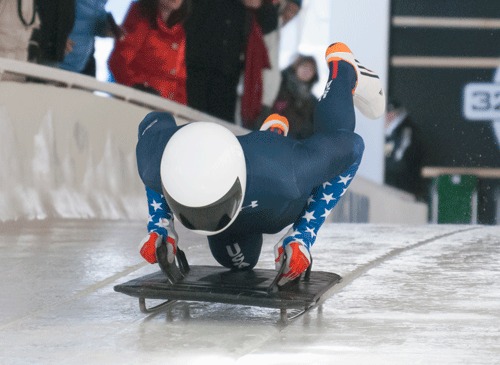 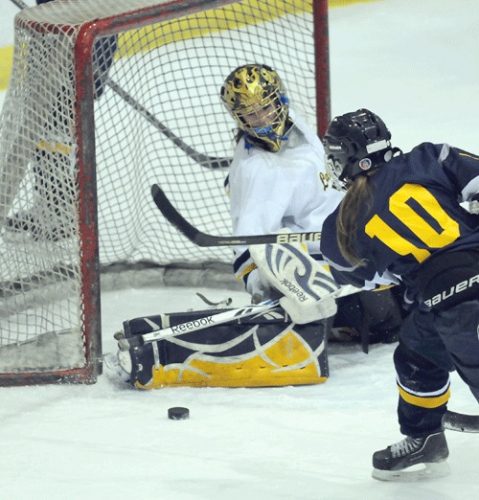 LAKE PLACID - The Lake Placid girls hockey team achieved two historic firsts for the high school's program this past season.Early in the season, the Blue Bombers defeated Beekmantown - the defending state champions - for the first time. The Blue Bombers then accomplished another program first ... 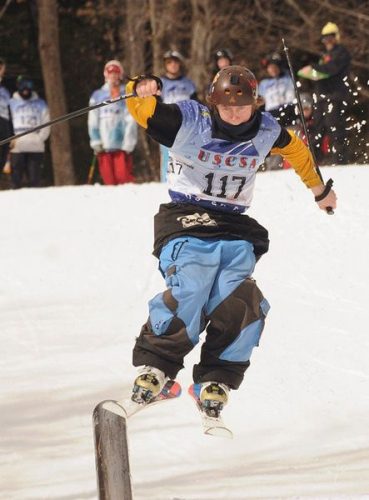 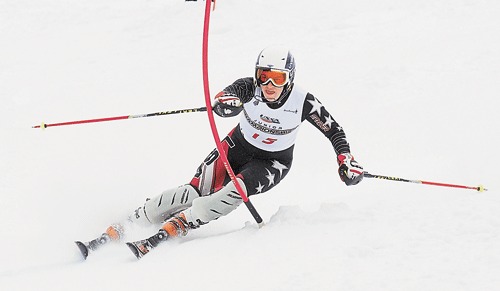 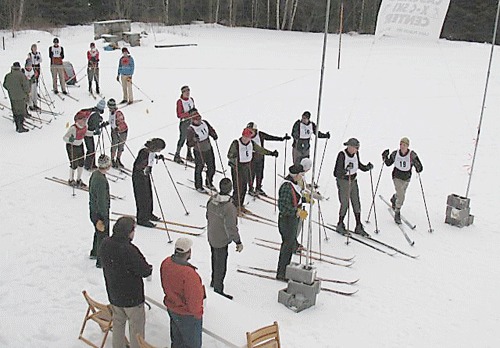 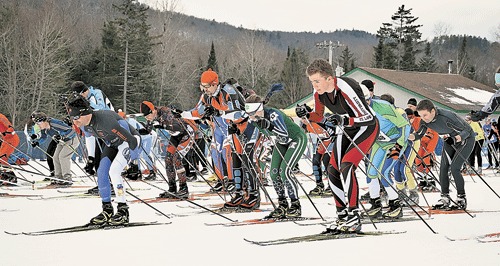 LAKE PLACID - Rescheduling the Lake Placid Loppet cross country ski races this year couldn't have worked out any better.Originally slated for the final Saturday in January but postponed due to a lack of snow, the 33rd Lake Placid Loppet was held at Mount Van Hovenberg Saturday, and the racing ...

Paul Smiths native Tim Burke turned in a seventh-place finish Sunday in the 15-kilometer mass start at the World Cup event in Pokljuka, Slovenia.Burke crossed the line with a time of 36 minutes, 17.9 seconds, which was 58.6 seconds behind winner Bjoern Ferry of Sweden. Burke had two misses at ...

Lowell Bailey of Lake Placid raced to a 12th-place finish and Tim Burke of Paul Smiths was 16th Thursday in the 10-kilometer sprint race of the World Cup biathlon event in Pokljuka, Slovenia.Bailey completed the course in 25 minutes, 49.8 seconds with just one shooting penalty. Burke wasn't far ... 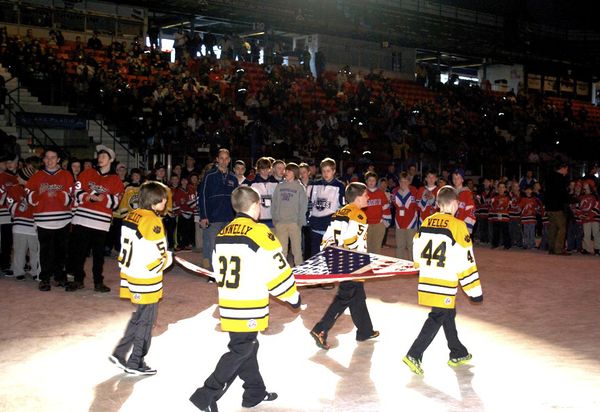 LAKE PLACID - CAN/AM Hockey is back in town. Hockey moms and dads are either here or en route with cars full of hockey sticks and young athletes for the first of many tournaments the group has scheduled in March.The first tournament began with its opening ceremony Thursday night and will end ... 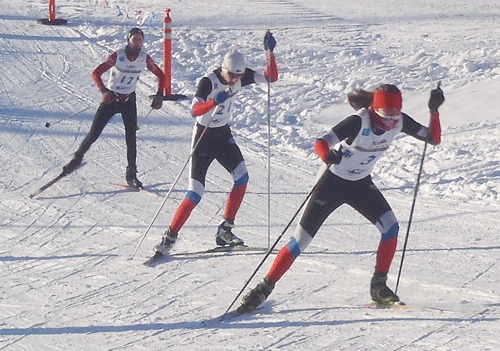 LAKE PLACID - Give Gabby Armstrong a good starting position, and watch her go.On Sunday, Feb. 23, which just happened to be the final day of the Sochi Winter Olympics, the 15-year-old Lake Placid High School freshman earned a gold medal of her own. Competing at the 2014 Junior National ... 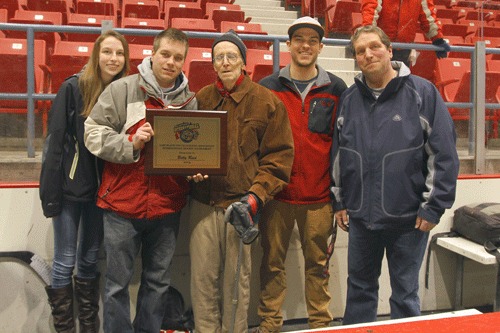 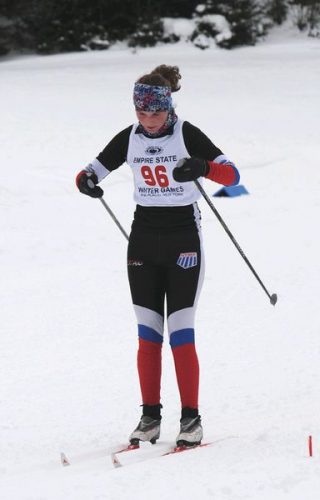 Local Nordic skiers had their best showing in years at the high school state championships Feb. 24-25 at Bristol Mountain in Canandaigua.The Tri-Lakes was represented by skiers from Saranac Lake and Lake Placid, and four of those skiers placed in the top 20; two boys and two girls. Skate races ... 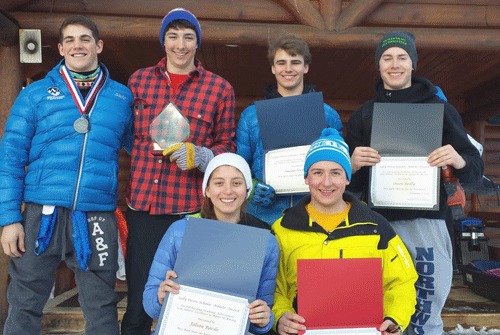 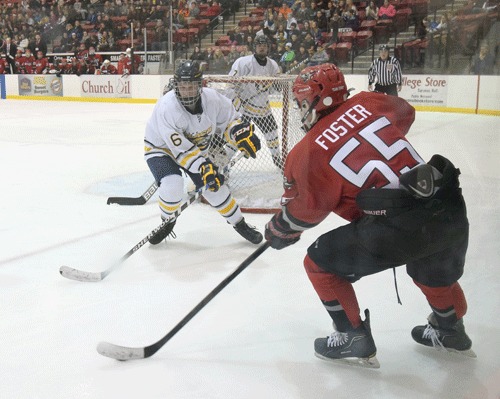 PLATTSBURGH - Goaltender Tucker Angelopoulos could only keep the Lake Placid hockey team hanging on for so long.Despite being nearly doubled up in shots on goal during the first two periods, the Blue Bombers were able to grab a 2-0 lead in Tuesday's Section VII championship game against ... 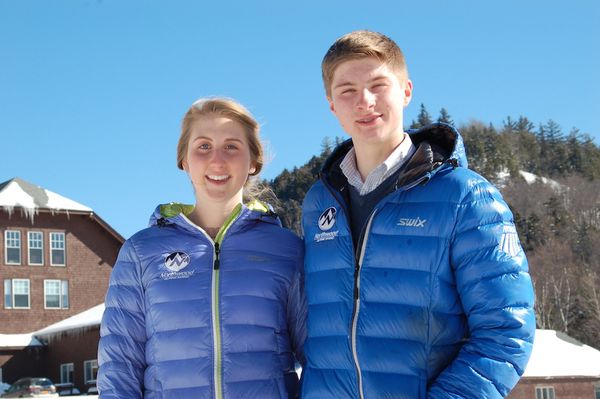 LAKE PLACID - Northwood School students have been taking distance learning lessons from Russia. Their teacher: Andrew Weibrecht.When Weibrecht - a Lake Placid native and 2003 Northwood graduate - surprised the world by capturing the silver medal in the super-giant slalom Feb. 16 at the Olympic ... 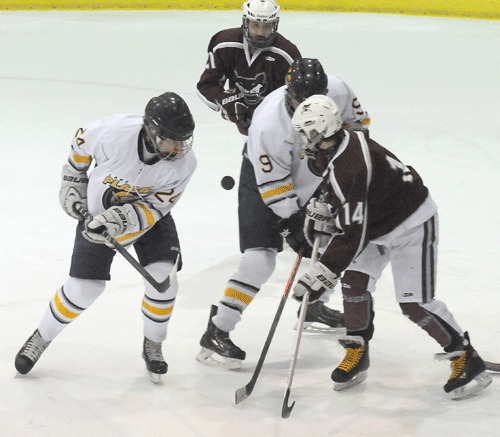 BEEKMANTOWN - The Lake Placid girls basketball team fell behind early and never recovered Thursday night as Northern Adirondack ran past the Blue Bombers with a 60-23 Section VII, Class C semifinal victory.With the win, the Bobcats advanced to next Friday's championship game where they will ... 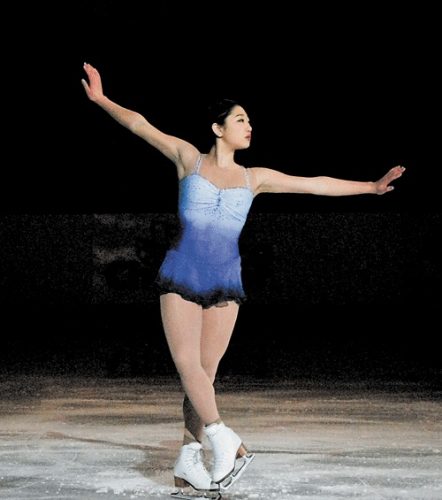 LAKE PLACID - Gliding gracefully across the smooth surface of the 1980 arena, Mirai Nagasu filled the arena with a calm presence at the Lake Placid Winter Ice Extravaganza on Sunday, Feb. 16.Nagasu skated two programs in the show, first to a pop song then to a sophisticated instrumental piece. ... 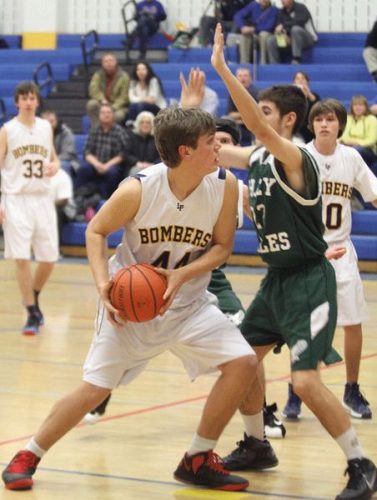 LAKE PLACID - The Lake Placid boys basketball team used a big fourth quarter Wednesday to extend its season with a 52-46 victory over Chazy in the first round of the Section VII, Class D tournament.With the win, the Blue Bombers earned a spot in the quarterfinals where they will travel to meet ...