LAKE PLACID — All sports have been affected by the COVID-19 pandemic, but perhaps one of the hardest hit is figure skating and other ice-based sports.

As non-essential businesses, most rinks have been closed, and social distancing requirements would preclude skaters from practicing anyway. Without on-ice practice, figure skaters are concerned about retaining skills and their skating success rate when they return to the ice.

But for those who practice figures, the discipline of tracing edges and turns on the ice surface, the pandemic-required quarantine and the absence from skating is less damaging, as they can still learn through World Figure Sport’s online seminars, taught by 1994 Olympian and figures expert Karen Courtland Kelly.

Figures have been revitalized largely due to Courtland Kelly’s efforts. The discipline was a part of competition until the 1990s, at which point it was discontinued. She is the founder of World Figure Sport, a figures preservation and promotion organization started in Lake Placid in 2015. She is also an organizer of the World Figure & Fancy Skating Championships & Festival, which also debuted in Lake Placid in 2015. The Championships & Festival continues worldwide annually, garnering support from skating legends including Dick Button, Janet Lynn, Dorothy Hamill and Trixi Schuba.

In response to the success of the festival, WFS also started hosting workshops worldwide for skaters and coaches to learn together.

The object of WFS is not only education but preservation and restoration of figures from the past, to be re-introduced and skated once again. The WFS has done extensive research on historical figures and team members use their encyclopedic knowledge collectively to determine how to skate the figures as presented.

One of the most recent workshops in Lake Placid took place Dec. 30, when the historic Swedish Cross-cut pattern was skated for the first time by modern skaters. It was witnessed by state Olympic Regional Development Authority management, including fellow figures enthusiast, ORDA director of sport and 1992 U.S. Olympic figure skating silver medalist Paul Wylie.

“No other organization has ever accomplished this (the preservation and restoration of figures) along with completing the knowledge of how to skate the Diamond Cross-cuts (pattern) in 2018 and now the Swedish Cross-cuts research was solidified and skated for the first time in at least 100 years,” explained Courtland Kelly. “The last piece needed was figured out on Christmas Eve and skated on the last moment of ice in the USA rink.”

“We have created an off-ice curriculum to educate WFS members and future members to efficiently learn in a fun manner the figure puzzle patterns that are normally skated on ice in an academic, artistic, and physical manner off the ice,” said Courtland Kelly.

It’s hardly the first time figures education has been taken off-ice and taught without blades or the ice. WFS recently taught a workshop at the Lake Placid Center for the Arts, where children learned the dynamics of figures with the assistance of props.

“Figures are enjoyable to draw, design, and color, and we actually use hula hoops, balancing and spinal exercises, and mimic the drawn patterns by physically moving through the foot and body technique,” explained Courtland Kelly, noting that other props include Spirograph drawing devices to explain figures to a non-skating audience.

Using similar methods virtually as in the off-ice seminar, the workshops have boasted approximately 50 participants so far.

The seminars do not just address the technical knowledge required to complete figures but also the emotional and mental processes that are required for the successful execution of the movements. Teaching skaters how to think correctly is an important part of skating to Courtland Kelly, who has always emphasized the importance of mental focus and conditioning to her students.

“WFS feels the whole person needs to be addressed and developed so we want skaters to expand their knowledge and skill and not just maintain the status quo. We inspire more development from the mind and body by a multi-modal educational approach to skating, and now is the perfect time to create new pathways in the mind and body so one can return to the ice as a healthier person, with more balance in one’s emotions and a better concept of physical and artistic perseverance.”

Matthew Snyder of Potsdam first got involved with figures three years ago, although he had been skating for about two decades. Although figures had ceased to be a part of the sport’s competitive structure when he was competing, he decided to learn more and noted that the study of the figures virtually has been very valuable.”

“(The seminars) have allowed the participants to engage more deeply mentally, to think about what their feet are doing and how that affects what their boots and blades are doing. I am amazed at the high level of training that is available when there is no ice or blade to manipulate,” Snyder said.

She thrived in the “inclusive” environment at the championships and has enjoyed learning from world-class skaters at workshops.

“The online workshops have made me realize just how much skating I can do off-ice,” Hurst said. “They have also broken down the actual movements of the figures and because you aren’t skating, you have to focus on the little details.”

Anne Bennett, who lives in Paul Smiths but trains and works in Lake Placid with Courtland Kelly, has also found the workshops helpful and inspiring.

“It’s nice to be improving figure skating in a positive environment where everyone around you wants to see you grow,” Bennett said.”

Bennett said she looks forward to returning to the ice to resume working on figures and freestyle and notes that she has been “training and working hard (off-ice) so I will not struggle to regain my strength on the ice.”

Figure skating, like most sports, tends to lead to sports injuries from some, especially as skaters become more competitive. Figures can help rehabilitate skaters and by strengthening the muscles around joints, can help not only heal from injury but strengthen to prevent future problems.

Perhaps no one knows this better than 2004 New Zealand National Primary Men’s Figure Skating Champion Jimmy Kuo. As a teenager, Kuo started skating at age 12 and quickly realized that to be competitive in men’s figure skating, he would need to learn and master triple (three revolutions) and quadruple (four revolutions) jumps. He did start completing the moves but as he said, “I pushed myself too hard and too fast; soon after I won my division at the New Zealand Nationals, I was seriously injured.”

Left with a hip injury that haunted him well after it stabilized and a desire to skate despite the disappointment that he would never skate in the Olympics, he abandoned skating for a while, but he came back and started coaching. He became inspired by the Fancy Skating portion of the World Figure & Fancy Skating Championships and decided to get involved.

“It was Karen Courtland Kelly who helped me fall in love with figures by demonstrating the Maltese Cross, one of WFS’s special figures,” Kuo said. “I immediately felt that it was not only beautiful but somehow sacred.”

Figures helped Kuo not only skate in a safe way but to explore creativity.

“I feel increasingly free as an artist on ice,” he said, also noting that figures have “helped re-educate my muscles to function with balance and ease, and pain from previous injuries has disappeared.”

“The off-ice exercises we do reinforce the aspect of mental clarity that is essential in mastering control of the blade,” he said.

Kuo is using this time during the pandemic to expand his creativity and find ways to create, “choreographing a program to a piece of dramatic ballet music wearing socks or inline skates,” at home. He said he can’t wait to share the performance with an audience and plans to promote figures for the rest of his life.

Figures from the past

Andrew Betke skated the formerly extinct Ball of Twine figure in the 2019 World Figure & Fancy Skating Championships, bringing it after seeing a 1939 image of the figure from the family of Roy Shipstad (co-founder of the “Ice Follies” with Oscar Johnson).

“In 2018, I saw a poster of Roy Shipstad and his figure of the Ball of Twine at Dobson Arena,” Betke said. “I wanted to know more about that figure so I asked Mrs. Kelly. This is what intrigued me and the rest is history.”

Along with the Ball of Twine, which was, as Courtland Kelly said, “skated by a young gentleman (Betke) who was on fire with learning the great patterns of skating,” Betke also skated the Maltese Cross pattern, which was another figure from the past that has been restored by WFS. Coached by Nancy Blackwell-Grieder, Betke was greatly inspired by seeing these figures and learning how to execute them.

“Mrs. Kelly has set an unprecedented standard of professionalism to learn figures in an amazing environment; I did not want to get off the ice,” Hannah said. “Figures have forever changed my skating skills, and for this, I am very grateful.”

With the help of figures training off-ice, perhaps the skaters taking part in the workshops will have an easier time coming back to the ice when it is safe to do so. In addition to the workshops, WFS is working on creating an online digital Exam Catalog and has been working on technology to administer the skating exams on the ice with an efficient curriculum that works for off-ice training. Courtland Kelly said she believes the off-ice figures education and practice will be beneficial overall.

“We hope that the skaters of all ages have many great moments of insight and carry a new, dynamic process of learning with them both on and off the ice, and linking to the academics of mathematics and learning languages, drawing, painting, dancing, and music,” she said.

All skaters yearn to get on the ice, but as a figures participant still learning and improving off-ice.

“I really hope to work on my edges and the fun things you can do with them,” Hurst said. “But figures are something I will be able to do throughout my life, so I’m not too worried about how long this quarantine lasts.” 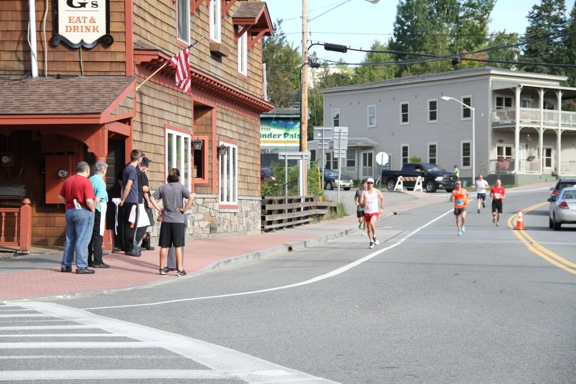