State should not buy Whitney Park

By all accounts, Whitney Park is a treasure — a 36,000-acre tract full of 22 connected lakes and ponds. The few human impacts — 80 miles of roads, 20 miles of trails, a logging operation, a great camp complex and a few other structures — practically melt into the vastness of its mostly untouched woods and waters.

It is in everyone’s interest for this land and its natural ecosystems to be preserved — which is why the state of New York should not buy it.

New York state has wanted to buy Whitney Park for decades — long before 1993 when it formalized its wish list in and listed it as a purchase priority in the Open Space Protection Plan.

The Whitney family’s vast holdings in the town of Long Lake weren’t for sale at the time, but a few years later New York got a big chunk of them. Renowned Saratoga Springs socialite and racehorse owner Marylou Whitney had inherited the remaining land from her husband Cornelius Vanderbilt Whitney in 1992, and right around Christmas 1997, a deal was announced in which she sold the state 14,700 acres, including Little Tupper Lake.

There are 36,000 acres left of the tract the Whitney family has owned since 1897, when William C. Whitney consolidated 80,000 acres, and now it’s all up for sale. Marylou Whitney died last year at 93 years old, and her widower John Hendrickson is selling the estate for $180 million.

The price is high, but that’s not the main reason we don’t want the state to buy it — even though the governor is considering cutting school and Medicaid funding as revenue dries up amid the COVID-19 pandemic. State land purchases come from the Environmental Protection Fund, which New York has been generously supplying lately with $300 million a year.

A bigger reason is that the state Department of Environmental Conservation doesn’t have enough staff to manage the Adirondack Forest Preserve we already have — too few forest rangers and too few foresters, who draw up management plans. While governors like spending tax money to add to the Forest Preserve, Gov. Andrew Cuomo doesn’t like spending money to maintain it. His DEC budgets — approved by the state Legislature — have insisted on the same number of staff, even as he has massively increased the Forest Preserve’s size and even as way more people are venturing into it. Until the state improves its approach to caring for public assets, we believe buying more land will only stretch the management thinner.

Beyond money, though, our biggest reason for opposing the state buying Whitney Park is that we believe opening it to public recreation will do more damage than protection. The overuse struggles in the High Peaks Wilderness show that the state still has not figured out how to keep recreation in the Forest Preserve from damaging nature and public safety. It has shown no model, no option in its toolbox it can use in situations when there are just too many people on the trails, the mountains, the waters and the parking areas. The DEC has a few special rules for the High Peaks, but they are proving insufficient.

For example, if the state bought Whitney Park and opened it up like other parts of the Forest Preserve, the public could quickly bring in invasive species — like they introduced bass to Little Tupper Lake years ago after the state took that from the Whitneys.

The natural integrity of these beautiful properties is probably better off in private hands. The Nature Conservancy or some other land trust would, of course, be a good steward, and there is also a long tradition of excellent conservation by large Adirondack landholders such as the Whitneys, Brandreths, McCormicks and more recently Jack Ma, and the state Adirondack Park Agency is there to keep private development within bounds. But if the state buys it, there is a good chance the governor’s office could lean on the APA to bend more than it normally would. Environmentalists have long lamented the agency’s lenience on state land.

The governor’s office often does this in the name of boosting the outdoor recreation economy in small Adirondack towns, but that argument isn’t worth a whole lot. Newcomb isn’t booming since the state added the Essex Chain Lakes and Boreas Ponds. Lake Clear and Saranac Inn haven’t boomed as a result of the St. Regis Canoe Area.

Maybe in the future, when the state establishes it can provide better protection along with public recreation, it will be suited to buy big tracts like this in the Adirondacks, but not until then.

Time to show we care

There isn’t much local people can do to prevent things like the deadly COVID-19 outbreak at Essex Center in ... 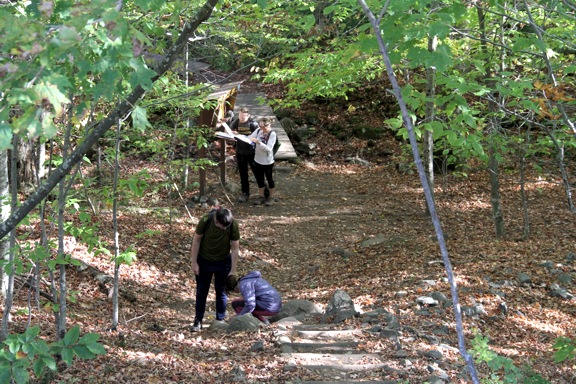 Pick 1 of 3 ways to vote this year

Will COVID vaccine be rationed?

Rationing of medical treatment is viewed by many Americans as unacceptable. Making health care decisions based on ...

Cathy Moore will be missed in many ways

It shouldn’t be that hard. When a person goes above and beyond the call of duty to do admirable work, that person ...