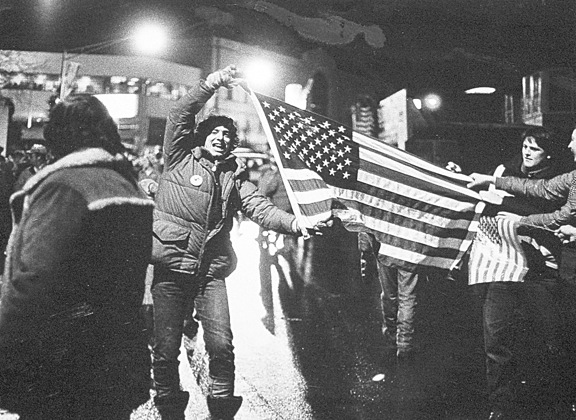 The Olympic 40th Anniversary Committee — set up to celebrate the 40th anniversary of the 1980 Olympic Winter Games — deserves a gold medal for its work in setting up and promoting more than a week’s worth of special events that highlighted Lake Placid’s Olympic legacy — past, present and future.

Coinciding with the Presidents Week holiday, the events, including an Olympic-themed Fun Zone at Mid’s Park every day, gave visitors plenty to do during their vacations. And it gave residents another reason to dig out their 1980 mementos, share stories and celebrate their own Olympic heritage. Many of the 1980 organizers, Olympians and volunteers came out to mark the occasion.

Sticking to the legacy theme was important, and our favorite events were those that bridged the past to the present, the veteran Olympians to the youth, whether they’re aspiring Olympians or not.

The athlete forum at the Lake Placid Center for the Arts was a highlight, with four Olympians and two Youth Olympians. The meet the sliders days – luge, skeleton, bobsled — and “be a biathlete” event at Mount Van Hoevenberg introduced families to these sports. Getting the 1980 U.S. Olympic figure skating team together for a reunion — coupled with the Sk8 to Elimin8 Cancer Frozen 5k benefit for the Scott Hamilton CARES Foundation — was a once-in-a-lifetime moment that created many new memories. From lighting the cauldron to seeing eight 1980 torch runners and special exhibits at the Lake Placid Olympic Museum, the 40th anniversary of the 1980 games was an important milestone for this village as there won’t be as many people from those Olympics around when the 50th anniversary comes to town.

Moreover, the 40th anniversary drew media attention to Lake Placid from around the world. Stories went viral. And it was all done on a shoestring marketing budget. It just goes to show that the stories from the 1980 Winter Olympics — the last small-town Olympics in history — continue to resonate with millions of people, even after 40 years. Of course, stories like the “Miracle on Ice” hockey game and Eric Heiden’s five speedskating gold medals still help draw tourists to town to see where those magic moments happened. It’s a powerful reminder that what this community did in 1980 was something special, something extraordinary, and it deserves to be celebrated forever.