ON THE SCENE: Art Barn adapts to reopen safely 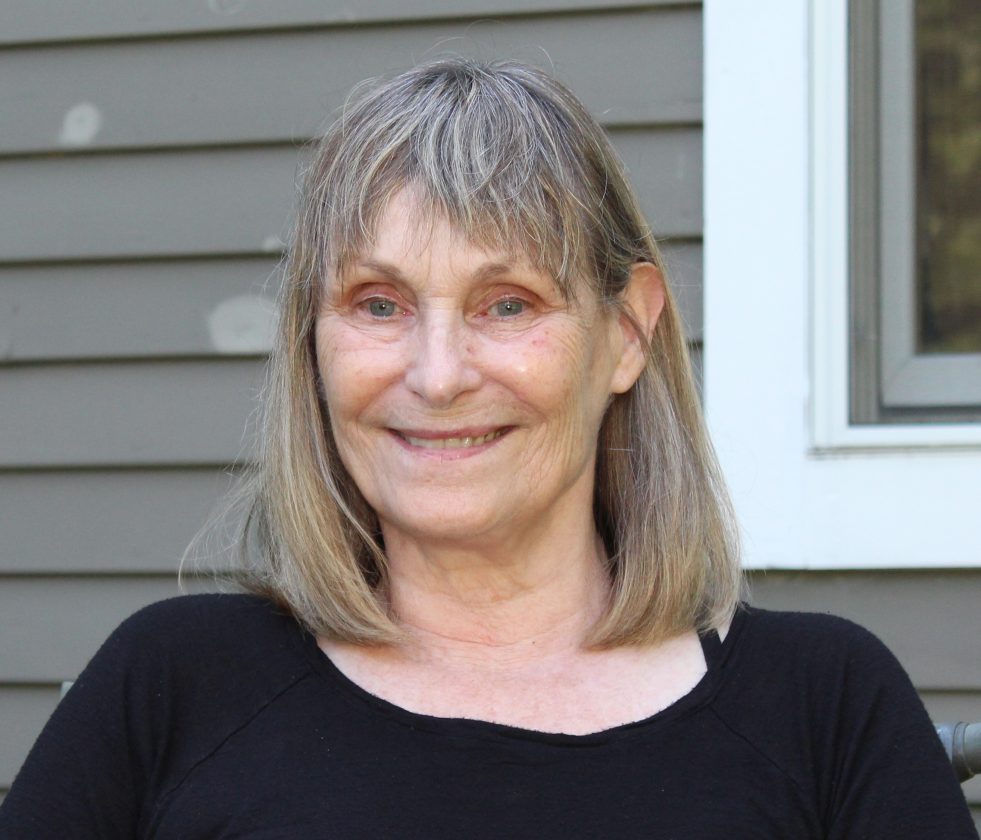 The Corscaden Art Barn in Keene has become a cherished venue for seeing and acquiring art, connecting artists with each other and patrons, and launching new careers. Like the artists whose work they showcase, COVID-19 has resulted in some severe challenges that they are seeking to overcome.

In recent years, the Art Barn, organized by Martha Corscaden, held two openings each summer. The openings were anticipated, packed people in like squirming sardines in a can, and much appreciated by all. Buyers wanted to get in early so they could have the best chance of snapping up the gems. All wanted to nosh on an array of goodies that often featured a roasted chicken or turkey while catching up with everyone. And all wanted to talk as if haggling over dates in a Turkish bazaar.

Usually, each opening featured seven or eight artists reflecting various artistic styles, with each opening featuring some well-known and some not-so-well-known artists. The challenge today is that, because of health safety concerns, packed openings with an array of refreshments are not possible. Thus, to find a way of exhibiting the arts within state guidelines, Corscaden came up with combining the artists from two shows into one and displaying them along the lines of a 19th-century French salon, where the art is hung tightly together.

As for the opening, shelve that, though Corscaden will put out water and fruit juices and let people in four at a time: two on the main level and two on the upper so they can stay socially distant while admiring the art. As people leave, others can go in. Exceptions will be made for family members coming together.

Turning the family barn into an art gallery in 1971 was Corscaden’s mother’s idea. Her sister Vry was a recent graduate from the Baltimore Institute of Art, and their mother felt that her daughter should have a show to help her kick-start her career. Their mom organized an art and antique show, with Vry as the featured artist. 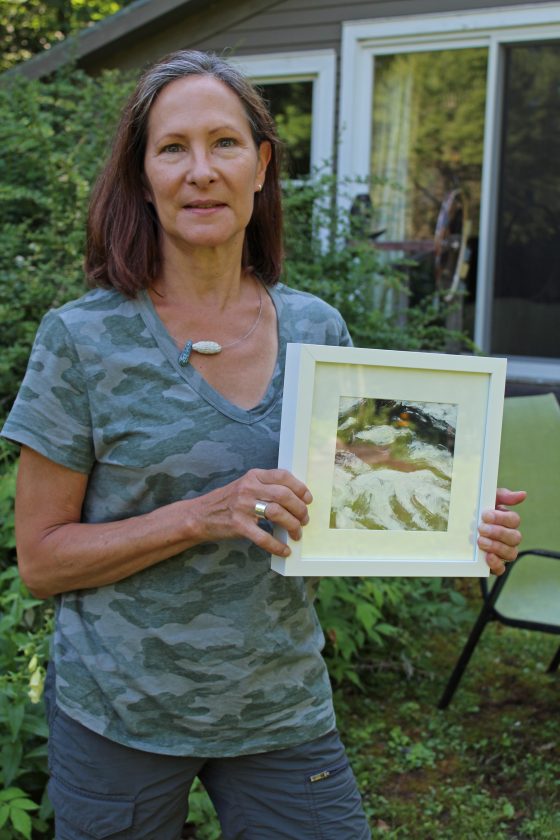 “All these people came,” said Corscaden. “Cars barreled in, and people parked everywhere. It was just awesome. Then Vry got into it. She was very spontaneous and very passionate about her art.”

Vry expanded the number of artists welcoming a broad range of styles. Her work was far more expressive than most, sometimes pure abstract, sometimes more reflective of nature, all painted with high energy. Her paintings were not quickly done, though they may appear to have been. Vry promptly took over running the gallery, recruiting the artists and hanging the shows until 2003, the year before she died. Martha, who had a career as a director and producer in theater, took over reopening the gallery in 2005, which included improved lighting, permanent walls and expanding into the loft.

“So many people were devastated when the gallery closed because they loved coming here and exhibiting here,” said Corscaden. “They kept saying, ‘What’s going to happen to the barn? What’s going to happen to the barn?’ So maybe foolishly, I said I could do that. I understood a lot about lighting, so it didn’t seem like a big stretch, although you have a lot longer to put a show together in theater.”

This past February, Corscaden lined up two different shows for the summer with eight artists each. The first was titled “Rock, Scissors, Paper, Paint” and the second “Deep Woods.” Then COVID-19 hit, events were being canceled right and left, and the state came up with a strict four-phase reopening schedule. Corscaden waited to see how things would shake out. She knew that when she opened, the old model was not possible. Plus, she felt attempting two shows would be impossible, maybe one.

Corscaden discussed the problem with her friend artist Eliza Twichell, who suggested having a salon-style show. The idea was hatched, all artists together in one show that opens July 23 and will run through Labor Day. 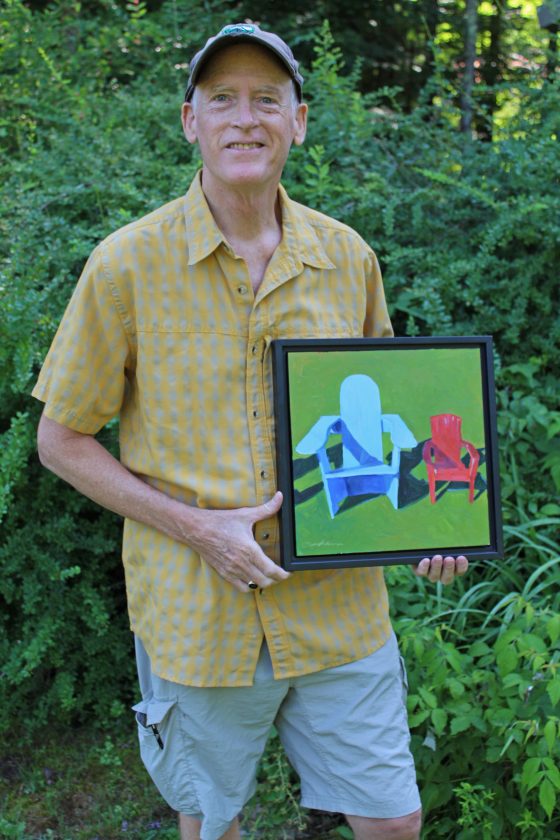 “The Art Barn is a wonderful place for artists,” said Kate Gaudreau, who along with her husband Michael is exhibiting. “Martha’s done a fantastic job with all of us. We love being here and showing here. Most galleries have either limited their hours, postponed opening, or are showing online.”

Michael, who recently retired from teaching, has had more time to paint, which both often do outside. They’ve had a very productive time from that standpoint. As he said, isolation is not a bad thing when you’re an artist. He said the Art Barn changed his life in many ways. It gave them both a new focal point for coming here each summer, first as hikers and now as painters. Corscaden provided them an opportunity to exhibit their work, make some money and meet new people.

Monica Bradbury agrees that COVID has had little impact on her way of life.

“I live a COVID life anyway,” said Bradbury. “I don’t go to nightclubs. I don’t go out much. I go to my studio, and I have all I need. I miss my friends, but I don’t see them very often. Stay at home and paint? I’ll happily do that. In a way, it’s a good thing. COVID has made me more aware of what I do have instead of what I don’t have. I think it helps us treasure what we do have.”

Bradbury also agrees that the Art Barn is something that she treasures: “As far back as I can remember, I’ve always enjoyed going there and all the things that happened there. It’s unique. It’s the spirit of this place. All the artists, the parties, the people, all of that has meant so much. I think we all owe the Corscadens for establishing the Art Barn and giving so many artists a forum for sharing their work. This is a very tough time for artists, and Martha’s there for them. She’s always there for them. She’s a treasure.” 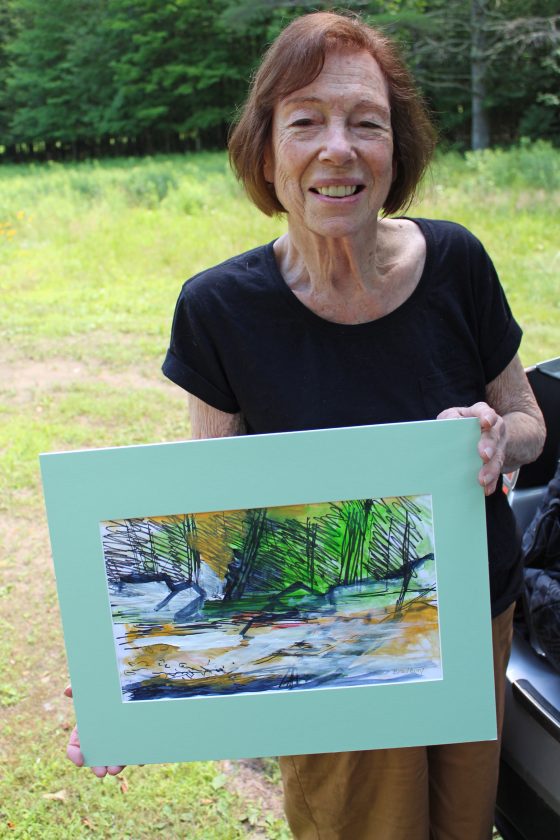 “Having the gallery open is part of how I exist,” said Corscaden. “But more, having been in theater for so many years, it provides me with a creative outlet living here. Artists are very different than theater people, but it’s still a creative process to light and hang the work, organize and produce the show. In theater, it’s rare to be cast in something. Similarly, many artists don’t get a chance to be exhibited. I like giving them that opportunity.” 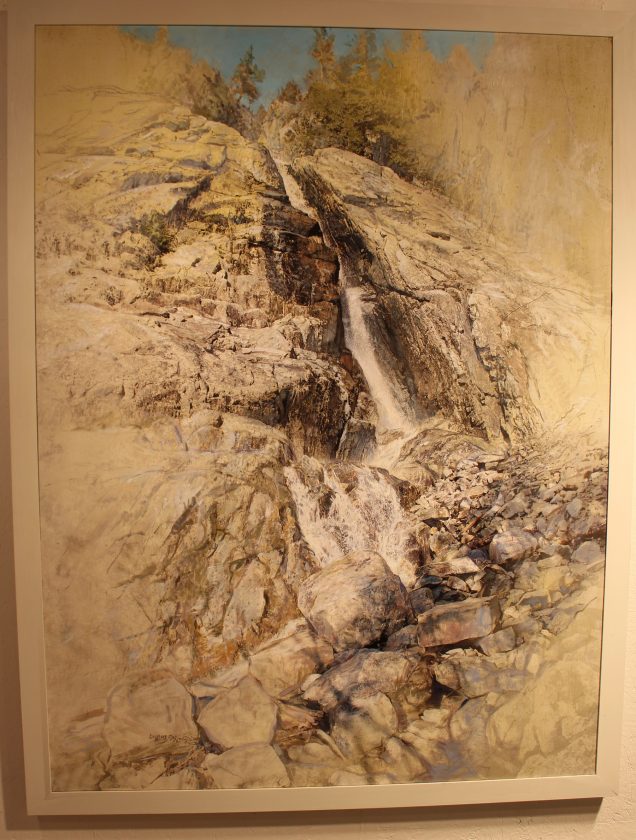