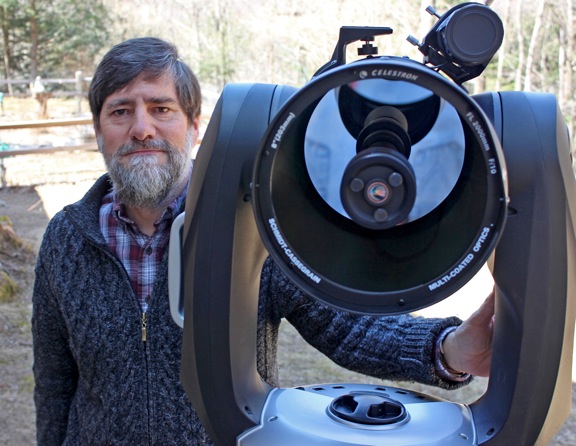 On Monday evenings at 7:30, the popular Keene Valley Library summer lectures are continuing, though online via Zoom as meeting in person is not possible because of COVID-19 safety measures. While the images of the speakers are not very sharp, they are all quite engaging.

On Monday, July 13, the presentation was a live interview with artist Frank Owen, known for his nature-based abstractions often created back to front. Owen never disappoints, and he certainly didn’t this time.

But first, stepping back a couple of weeks, the lectures began with a presentation by amateur astronomer and Keene resident David Craig.

For Craig, what started as an interest has become a passion that has engulfed many others. Often on a clear night, Craig can be found in Norton Cemetery peering through his computerized Celestron CPC 800, with an 8-inch Schmidt-Cassegrain primary mirror, at Jupiter’s bands and moons, Saturn’s rings or the Orion Nebula. In the past, a growing base of fans would be out with him as he loves introducing others to the night sky’s wonders. These days, that’s not possible, so he reached out to people via the lecture instead.

Craig began by demonstrating just how blessed we in the Adirondacks are to have so much night sky with minimal light pollution. A night-photo of the eastern United States showed a region ablaze in a swath urban lights put for a small dark hole in the middle of it all, our region. 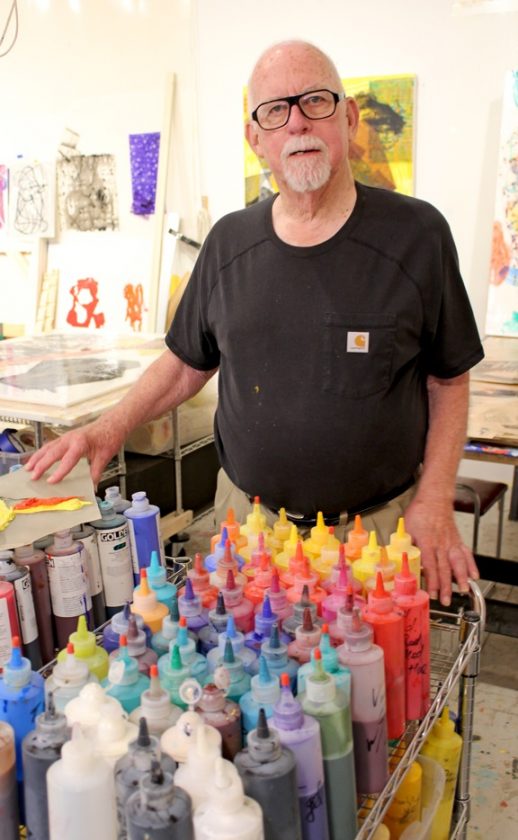 Then Craig drilled into various planets and constellations, pulling them in every closer, demonstrating the magic and beauty of what’s above us. Images are only possible with a motorized precision telescope that can follow the stars as our planet spins beneath them. In some, images appear to be scratched. In reality, the thin line is left by a satellite zooming by overhead, a growing nuisance for astronomers. Another is light pollution. Buildings and signs lit up at night, streetlights not directed at the ground and other elements impact our ability to view the night sky.

“The area where we live and its dark skies have driven my passion for looking at the night skies,” said Craig. “When I was a kid, I wanted to be an astronaut more than anything. I was into the space program and astronomy in a big way. But, in the city looking up at the sky is oh hum; it isn’t a big deal. Moving up here and seeing my first deep-sky object, which was the great ring, got me interested in astronomy again. Seeing something more than a few stars and the moon, seeing a real nebula, that’s exciting.”

For North Country Community College math teacher, environmental advocate and amateur historian, Pete Nelson’s excitement is debunking old myths and discovering overlooked truths that are often more astonishing. To that end, Nelson was in top form Monday, July 6 with his lecture on the legend of the Tight Nipping (aka Biddlecome) Road, supposedly cut about 1810-1820 between Keene Valley and the Adirondack Lodge making it possible to walk to Heart Lake within three hours.

The road, promoted by Alfred Donaldson in his “History of the Adirondacks,” had a few problems that the late Lake Placid historian Mary MacKenzie loved to point out (she and Nelson would have formed an instant friendship). First and foremost, neither the original Adirondack Lodge nor the Adirondack Loj Road were in existence and Heart Lake was not known by that name at the time. It was given that moniker by the storied lovebirds Henry Van Hoevenberg and Josephine Scofield as they looked down at the pond through their dewy eyes from atop Mount Marcy in 1877.

Nelson hauled out a variety of early maps that chronicled the Northwest Bay Road’s creation that went from Westport to Hopkinton, initially along Route 9N to Keene. It swung behind Pitchoff Mountain following the Old Mountain Road (now part of the Jackrabbit Trail), connecting to what is now Route 73 the Keene side of the Cascade Ski Center. From there, it continued to North Elba and beyond. In the mid-19th century, a second slightly shorter route with less elevation was cut along the Cascade Lakes. Missing, as he happily pointed out, was not even a path along the route that Donaldson described. 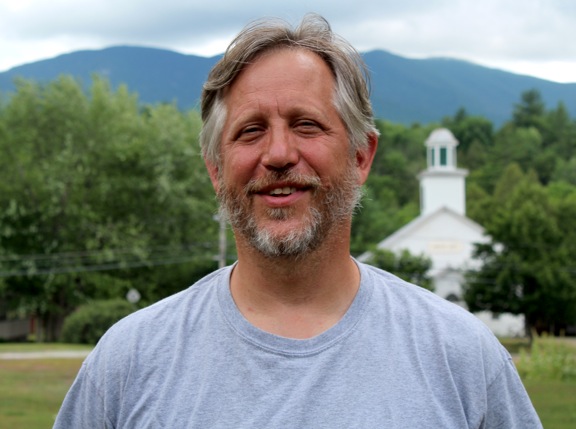 But then, a 1911 Forest, Fish and Game Commission map that drew upon 1985 data included a dotted line that went from Keene Valley initially along Slide Brook to the then-named Heart Lake and more attractive South Meadows. A 1922 Champlain Valley Atlas confirmed the trail, or was it indeed a road? The late Adrian Edmonds said it was a lumber road cut and owned by the Hall family who worked a rare slice of the forest not owned by the J. & J. Rogers company.

“Roads are important to me as an amateur historian,” said Nelson. “Roads leave evidence. I’ve been all over the Adirondack backcountry. It doesn’t take long for Adirondack forests to swallow up an abandoned cabin, settlements, virtually all kinds of human habitation elements or activity. They are consumed quickly by an ever-consuming forest, but not so much roads. Roads are major pieces of engineering to allow travel by wagons with heavy loads. They leave signs in the woods for a long time.”

This road left a massive cast iron cook stove near where Edmonds has said there had been a logger’s cabin along with cuts in a bank where it crossed Styles Brook, both proudly documented by Nelson, a route that he hopes the DEC will turn into a hiker’s trail one day.

Back to the July 13 lecture, Owen, who has by no means departed this earth or laid any plans for doing so in the near future, has already laid quite a trail of artworks in private collections and museums across the country And he inspired several generations of artists who had the good fortune to take one of his classes at the University of Vermont. His stories were elicited by Alexi Worth.

They began with a childhood sketch by Owen influenced by cubism images seen in Life Magazine, a way of looking that he continues to explore. His artistic career began in California and eventually through fits and starts shifted to New York, where he had the good fortune of being accepted by one of the most influential gallery owners in the city Leo Castelli.

Though he stayed only two seasons with Castelli, that branded him as an artist of merit as he shifted to the Nancy Hoffman Gallery, where he’s remained ever since. Already married to Martha Lee Owen, a fire in their loft forced them to move to her hometown of Keene, where he’s continued to create physical abstractions. They feature a painterly way of doing collage that mixes everything from twigs, leaves, photocopies of rocks and paper along with swirls, drips, splatters and sharply defined lines.

“It was a very new way of painting,” said Alexi Worth. “When I was a kid and first came to your (Owen’s) studio, I was blown away. It’s hard looking at these images to get a real sense of the beauty of the physical relief and the precision of these little tiny lines that come off the surface.”

Later Owen said of his bright, bold and color-saturated new paintings, “My purpose, in the body of work I’m working on now, all 50-by-40, is to try to drain myself of everything I can do or think to do. I hope I won’t be able to as I keep having new ideas.”

The Owen-Worth presentation is available online now through Sunday, July 19 at the library’s website. It’s well-worth your time as the images are arresting. The next lecture is on Monday, July 20.