LOOKING AT THE MIRROR: Importance of clean, drain, dry for the health of Mirror Lake 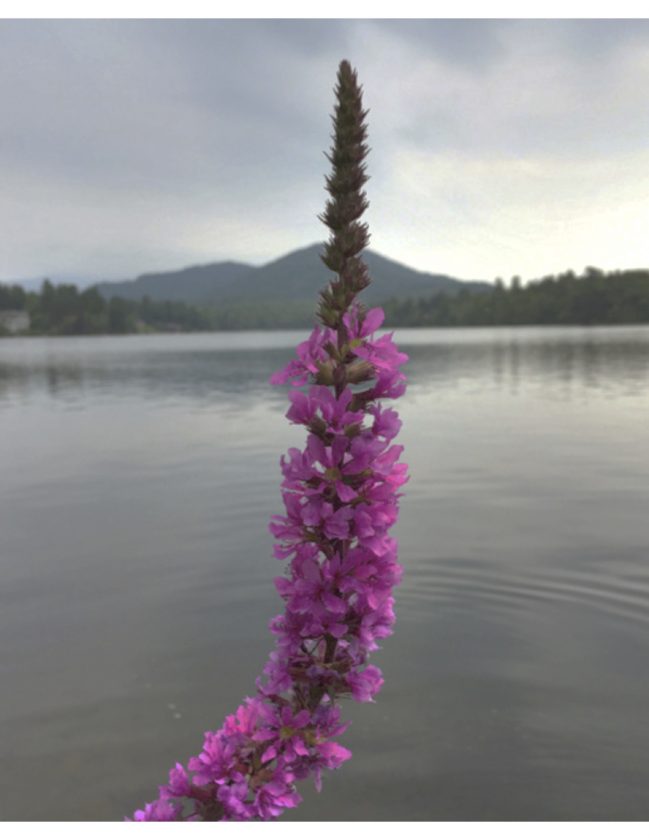 Invasive species, as the term suggests, are a serious threat to the health of Mirror Lake. While they may not have arrived unidentified from outer space, they have landed somewhere they don’t belong and will crowd out one or more species that are natural to a particular habitat. Additionally, they may actually harm native plants and animals. Sometimes invasive species can be a problem for humans as well. Soon you will see new signs at the public beach access to Mirror Lake educating you about the steps you can take to help stop the spread of invasive plants and animals.

The Mirror Lake Watershed Association is responsible for these signs, and the big message it is hoping you will hear is, “Clean, Drain, Dry!” Whenever people move from one area to another, we may be transporting invasive plants or animals: on our shoes and boots, bikes, fishing gear, wetsuits and boats. It’s our responsibility to the places we enjoy to protect them from dangerous invasives.

To date, Mirror Lake is known to host two invasive plants, the yellow iris and the purple loosestrife. It is also home to one invasive animal, the banded mystery snail. We are especially concerned about the possible introduction of hydrilla, Eurasian milfoil and variable leaf milfoil, as well as the spiny and fishhook waterfleas. So far, we have been lucky as we are surrounded by lakes that are dealing with a variety of invasive species, but we must remain vigilant because eradication is extremely difficult, and in the case of waterfleas, impossible. Prevention is paramount.

The purple loosestrife and the yellow iris are actually very attractive plants, unless you’ve tried to eliminate them or watched them crowd out native plants while creating their own monoculture. As for the banded mystery snail, according to the Ausable River Association, “They are known … to be a host of a trematode worm that is related to waterfowl deaths, and they predate on largemouth bass embryos. They may also outcompete native snail species.”

The fact that ducks and other waterfowl are known to feed on them is a reason for concern in Mirror Lake because we need to discourage waterfowl from taking up residence on the lake. When ducks overpopulate an area, whether attracted by banded mystery snails or handouts, they bring with them a parasite that can cause a painful rash called “swimmer’s itch.” 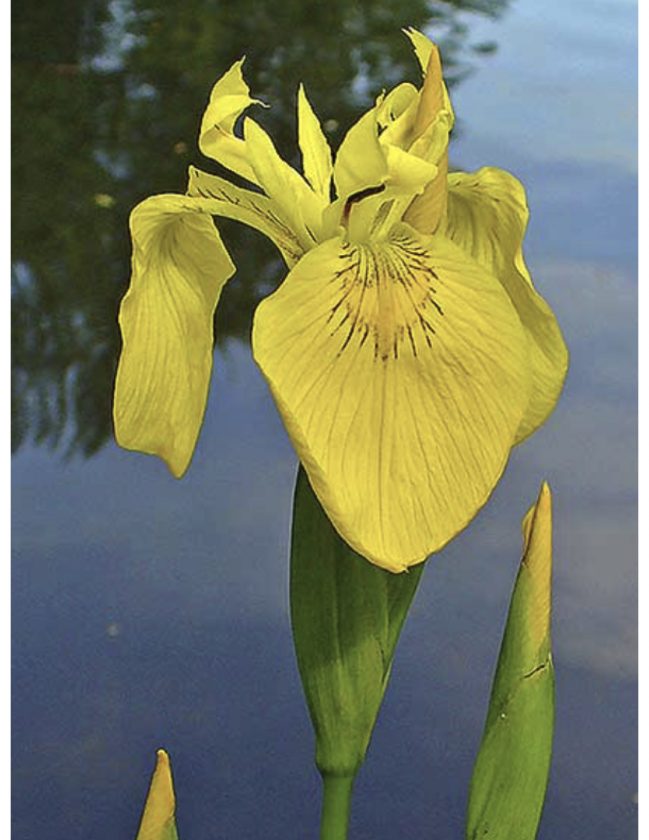 A single purple loosestrife can produce as many as 2.7 million seeds which really puts the “invasive” in this invasive plant! Two dedicated members of the Mirror Lake Watershed Association pulled 153 purple loosestrife plants from the shores of Mirror Lake in the summer of 2019. They report that number was down from previous years when it was closer to 250. Because the plants reproduce by seed as well as by sprawling root systems called rhizomes, sometimes they have to resort to literally “nipping them in the bud.”

Purple loosestrife is extremely adaptable — living in full to part sun, in pastures, wetlands and shorelines. The seeds are carried by fur, feathers and wind, and both seeds and rhizomes can regenerate after drying out for long periods of time. The purple loosestrife sometimes grows to a height of 7 feet.

Over 200 years ago, the yellow iris and purple loosestrife were transported to North America from Europe and western Asia. The yellow iris was also native to northwest Africa. Although it is believed that purple loosestrife was first brought by seed in sheep wool or ship ballast as early as the 1700s, both plants were introduced to the U.S. as ornamentals in the 19th century and are found in almost every state today.

The purple loosestrife was also valued as a medicinal herb. In spite of the fact these hardy invasives have been banned in many states, they are sometimes still sold commercially. Their rapidly created dense mats of roots and rhizomes inhibit the growth of native plants, reducing habitat for native fish, nesting birds, and other wildlife. In addition to impeding the movement of aquatic life, they may hamper waterflow and travel by boat.

The yellow iris, also referred to as yellow flag and yellow flag iris, is officially the iris pseudacorus. It is easily identified in bloom by its color but can be tricky to distinguish from the native blue flag iris before that time. Its leaves are similar to those of the immature cattail.

In the Adirondacks, yellow flag grows anywhere from 3 to 4 feet tall and blooms in the earlier part of summer. It favors wetlands and shorelines. There are other yellow colored irises, but only the invasive one has a brownish-purple demarcation on its bloom. Its removal requires painstaking care due to the fact that new plants form from mere fragments as well as from seeds. And so, each plant must be pulled by hand, root and all, leaving no part of the plant behind.

This is a job best left to the experts so you can do your part by reporting any sightings to the Mirror Lake Watershed Association email at mirrorlake.net. If possible, share GPS coordinates available from the map app on a smartphone. Otherwise, you can locate findings by landmarks.

While the main threats created by purple loosestrife are environmental ones, the yellow iris, is actually toxic for animals if ingested and can cause blistering in humans. The presence of yellow iris in Mirror Lake before an Ironman race could potentially cause the water portion of the race to be canceled. In October of last year, the Ironman in Louisville, Kentucky, was forced to cancel the swim portion of the race due to harmful algae blooms.

For both of these invasive plants, prevention is the most effective control. Their seeds or fragments can attach to boat bottoms, fishing gear, trailers, wetsuits, etc. which makes adherence to the “clean, drain, dry, (and dispose when necessary)” protocol our best defense.

Should you find yourself removing material from equipment or boats, collect it in a dark garbage bag, secure tightly, leave in the sun to dry, and then throw that same unopened bag into the trash. Never add it to a compost pile.

Mirror Lake has two boat launches, one at the north end and the other at the public beach. Unfortunately, at this point, Mirror Lake does not have a boat wash station or stewards to help educate the public. However, there is a boat wash station at the state boat launch at the harbor on Lake Placid lake which is just across the road from the northern boat access to Mirror Lake. Until there is a more convenient way to wash watercraft and other equipment, vigilance on the part of people using the lake is urgently needed so they don’t unknowingly transport invasives from lake to lake.

Without a boat wash station, best practices suggest waiting at least five days after hosing off boats and gear before entering another lake. That is where the boat wash stations really come in handy, eliminating the wait time. Plus, they are free. An investment of time is all that’s required to do our part in keeping Mirror Lake, and all our lakes, clean and healthy for future generations.

The best way everyone can help prevent the spread of invasive plants and animals is by planting only native plants and adhering faithfully to the “clean, drain, dry,” protocol.

For more information about the invasives, check out the Adirondack Park Invasive Plant Program website, adkinvasives.com.

To learn more about the Mirror Lake Watershed Association’s volunteer efforts to protect Mirror Lake, go to mirrorlake.net, or join us for our monthly meetings on the second floor of the beach house at 5 p.m. on the second Monday of each month.