MARTHA SEZ: ‘There are some advantages to mud season’

I woke up yesterday to see a brilliant full super moon in the still-dark western sky. If you missed it, there are two more super moons this year, one in April and the other in May.

March usually comes in like a lion in the Adirondacks, albeit a bedraggled one, in a wash of wind, rain, snow and sleet. Perhaps we should say it comes in a like a Slush Puppie. Over the sound of frozen raindrops clicking against window glass and the clanking of the town plow out on the road, a radio newscaster discusses the ongoing presidential primaries with callers.

In December, everyone wants snow for the holidays, hoping that drifts and flurries will transform the landscape into a veritable Christmas card. The serious snow doesn’t come until much later, though, when many people have gotten over wanting anything to do with it.

In January, temperatures dip down to frigid lows, with biting, below-zero cold intensifying into February. Then–it feels sudden–the sun is warmer, the days are longer, we get this slushy aforementioned mix, the blackbirds return, filling the air with their trilling vocalizations, and mud season ensues, with intermittent blizzards that would have been deliriously welcomed on Christmas Eve.

As I say, some people are not all that crazy about blizzard conditions now. But these people might just as well go on to Florida and the Carolinas with the rest of the snowbirds, because mud season goes on and on. Yes, contrary to this week’s rain and warmer temperatures, true spring–if we can be said to actually have a true spring–is still a long way off, with lots of ups and downs, both climatic and emotional, along the way.

It happens every year, and still I am always surprised when stone cold weather breaks up and we find ourselves in this weather limbo. Mud season is a lengthy interim which serves as a preparation for hardcore northerners, for whom warm, balmy weather would come as too great a shock.

If you are among this number, paying lip service to the change of seasons as the reason why you would never live in some more temperate zone, but secretly wishing it could be winter all year long, take heart. There are some advantages to mud season.

Who knows what lies beneath the snow? Maybe some kindly citizen has found your lost mitten and hung it on a twig along your daily route where you will be sure to find it. And keep your eyes open for a winter’s worth of dropped coins in parking lots and on the sidewalks. Finders keepers! You could be the one to profit from the numb-fingered or bemittened fumbling of those who tried and failed to pocket their change during the various blizzards and cold snaps of the winter.

That being said, there is a certain ennui involved. The combination of winter and mud season can seem interminable, rather like the ongoing presidential election. Looking back, it seems that previous elections, and especially primaries, were more terminable than this one. And think–it will winter again before we know who the next president will be!

I had better start living in the present if I am going to get through this with any grace. My sister savors this time of year because her gardening business taxes her strength to the limit during the growing season and right on into the fall. At this moment, she is no doubt in her studio piecing a quilt and sipping coffee and wishing she could stave off the trilliums, just a little longer.

But none of us can stave off any of it. Mud season is not a thing you can campaign on or vote for. Say that you want to change it, or that you stand beside it for the good of America, badmouth it or pretend to look the other way, there it is: March in the Adirondacks. 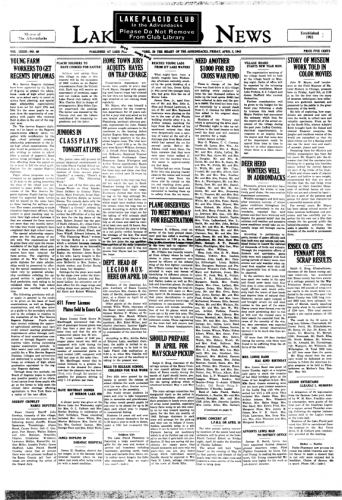 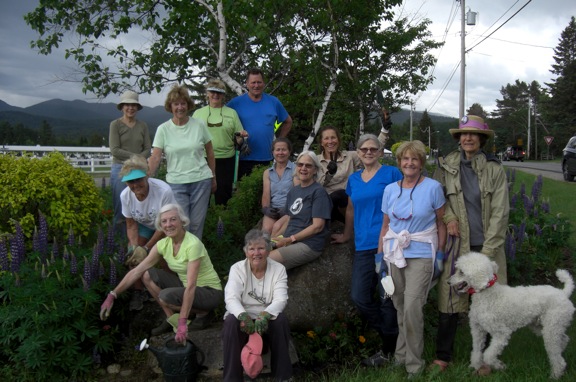 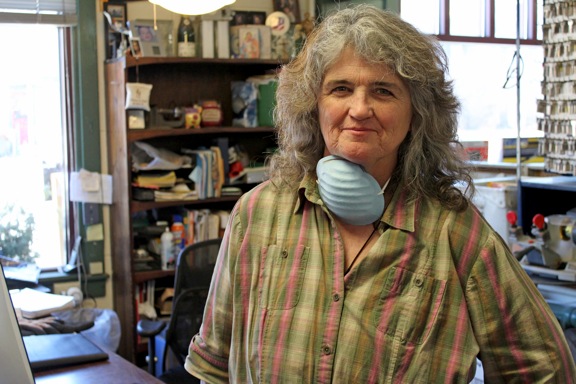 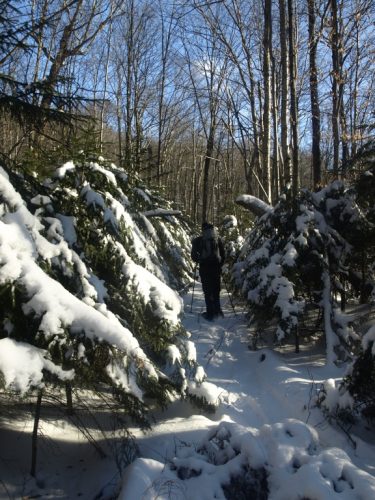