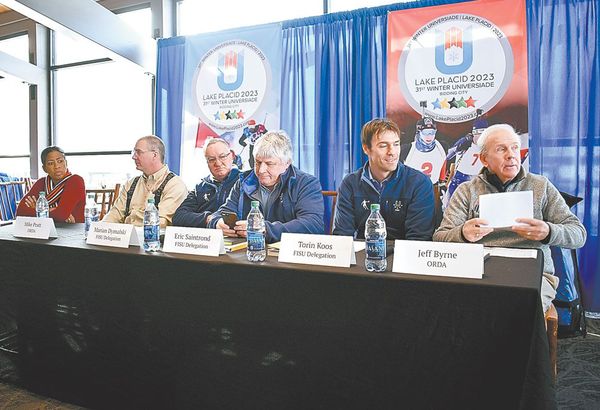 LAKE PLACID — A contest is on to determine the mascot for the 2023 Winter World University Games, which will be held in Lake Placid in less than two years.

The mascot will serve as a highly visible symbol of the games, which attract a global audience. The mascot will appear in various forms including a live, costumed character; merchandise including toys, stuffed animals, apparel and other souvenirs; and in promotional materials before and during the games, which are scheduled for Jan. 12 to 22, 2023.

The designer whose mascot is chosen as the winner will receive $5,000 cash. The governor’s press release suggested the prize money “can be used to attend the Lake Placid 2023 World University Games.”

Between now and the April 18 deadline, New Yorkers are encouraged to submit their mascot design concepts “that capture the collegial spirit of the international competition and the heart of New Yorkers,” according to the governor’s press release.

The contest is open to New York state residents 18 and older, or U.S. residents currently enrolled in New York state colleges and universities. Each entry must include a sketch or graphic design of a single character — preferably an animal since “human characters or ‘inanimate object’ concepts are not ideal,” according to the entry website.

“Design should accommodate a human performer inside the mascot costume,” the site says. “The mascot concept should be welcoming and whimsical, celebrating diversity, sustainability, and the magic of winter in the Adirondacks region of New York State.”

The character must be given a name and a 100-word-maximum written statement about the character’s story and why it should be chosen.

More information, including how to submit your design, can be found at www.iloveny.com/mascot-contest.

Submitted designs will be subject to public voting, from April 21 to 30 — but the public won’t have the final say. That is up to a panel of judges:

Ten finalists will be announced May 7, and the judges will select the winner May 21. Here is the breakdown the state gives for how they will make their choice: 30% creativity, 30% alignment with messaging of the Lake Placid 2023 World University Games, 20% production feasibility and 20% public vote.

“Lake Placid has long been a global symbol of excellence in winter sports, and the World University Games will build upon that legacy while showcasing the state’s investments in our winter sports facilities and providing opportunities for local economic development,” Cuomo said. “This design competition will engage New Yorkers in a way that not only commemorates the 2023 Games, but also captures the unflagging spirit of this great state.”

Three years ago, Lake Placid was selected by the International University Sports Federation (FISU) to host the 31st Winter Universiade, also known as the Winter World University Games — an international sports and cultural event staged every two years in a different city. The 11-day competition draws 2,500 student-athletes and coaches for competitions in various disciplines including Alpine, freestyle and cross-country skiing, biathlon, long-track and short-track speedskating, curling, figure skating, hockey and snowboarding. The games will utilize ice arenas around the North Country, the Alpine ski center at Whiteface Mountain in Wilmington and various sports facilities in Lake Placid. New York state is in the middle of a wave of renovating the 1980 Winter Olympic venues, spending hundreds of millions of dollars to do so in time for the Universiade. 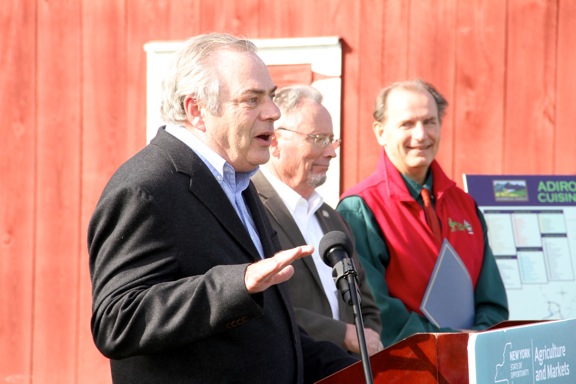