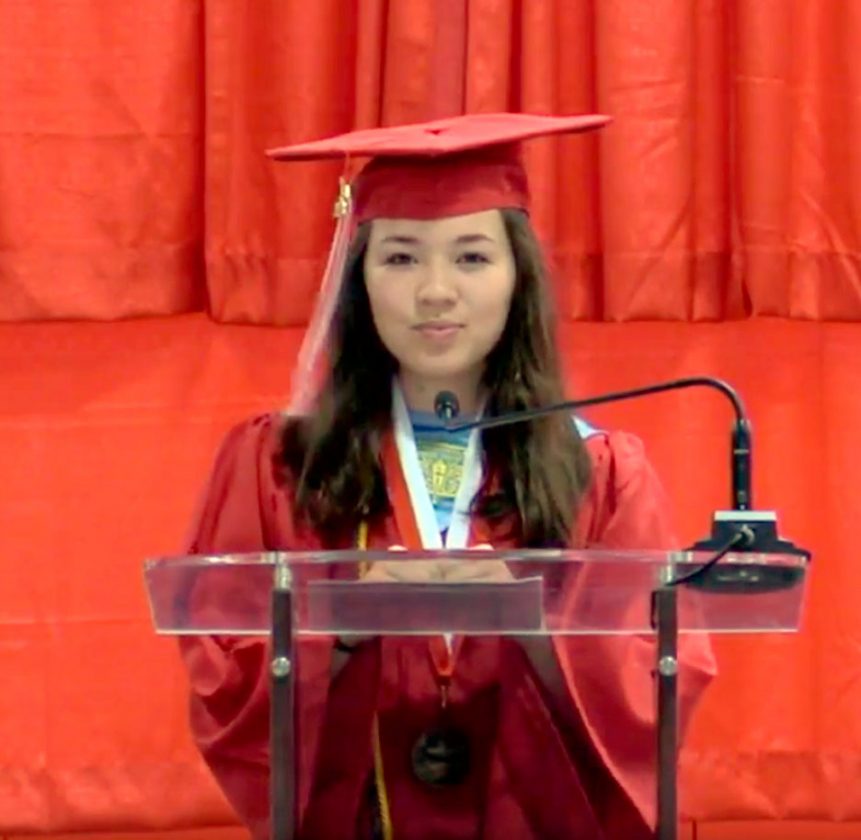 SARANAC LAKE — There has been a flood of reaction, mostly positive, to the Saranac Lake High School valedictorian’s speech about anti-Asian racism she endured.

Francine “Frannie” Newman’s blunt speech came as a surprise to many. “Talking about race has never been something I’ve been comfortable with,” she said in her opening. But even if she had kept quiet about it until now, her half-Chinese heritage clearly was a dominant factor in how some classmates and teachers viewed her, and in the “self-loathing” she said she developed as a result.

“I don’t mind the race jokes,” she said. “I don’t have a single friend who hasn’t made one, and I’m guilty too. I know there’s not a lot of diversity in the area, and I know that no one has ever intended to hurt me with what they say; there’s a lack of education and understanding, and it is not the fault of anyone living here. Knowing this, and growing up knowing this, did not make any of it hurt any less.”

She said she first learned that her race dominated how some people saw her way back in day care, when kids nicknamed her and her brother “Fortune Cookie” and “Eggroll.” In second grade when she switched from Lake Clear School to Petrova Elementary in Saranac Lake, “innocent race questions turn quickly into blatant racism,” she said.

“They tugged at the sides of their eyes and said they couldn’t have me over to their houses because I would eat their dogs. … I cried openly in front of a class full of entirely new people, and was pulled aside afterwards and told that I needed to toughen up — that kids will be kids, and that it was all jokes, and that I was being sensitive, and that I wasn’t going to make friends this way. And so I did. I toughened up. I began to make the jokes before other people could. I began to respond to the new nicknames the kids on the back of the bus gave me. Gone were the days of ‘Fortune Cookie,’ replaced instead with ‘Chink,’ ‘Ling Ling,’ ‘China’ and ‘Squinty Eyes.’ … I wanted the friends and I didn’t care how I got them, even if I felt myself growing to hate the way I looked as much as it seemed everyone else did.”

As Newman got older, she said, “I began to resent my culture, resent my own mother, for making me look this way.

“Today, standing before you, I can finally say that I am proud — proud of everything I have done, proud of where I am heading in the fall (Middlebury College in Vermont), proud of what I look like, proud of my heritage and proud of my mom.

“I am thankful for the person I was forced to become, and I am thankful that one day I will have the opportunity to teach my own kids about their culture and about acceptance. My only regret leaving high school is not having had these revelations sooner.”

The speech appeared as part of a commencement video that graduates and their families watched as a drive-in movie Friday night, June 26 at Tucker Farms in Gabriels. It also was posted on the high school website, http://highschool.slcs.org (it begins around the 18:10-minute mark of the two-hour video) and on YouTube as “2020 SLHS Graduation Valedictory Address.”

It has also made the rounds on Facebook, where passionate comments have flowed freely.

But she had delivered the speech weeks before, in the first half of June when the SLHS seniors were recorded walking across a stage, receiving their diplomas and hugging their families.

The school district superintendent and high school principal were there when Newman gave her speech for the camera. For these leaders, it was hard to hear Newman say all this racist bullying had taken place at their schools on their watch. She didn’t name names, but she said teachers in particular grades had made things worse for her. But they let the speech go.

“It was obvious from Francine’s opening statement that she had a message to share, it was going to be a hard message to hear, and it was going to require me to do some serious self-reflection,” Superintendent Diane Fox wrote in an email.

“Over the last several years the district has worked to mitigate the socio-economic inequalities in our school district by educating staff, working with families and outside agencies, and embracing the Community School model. I take personal pride in the work we are doing.

“Then Francine stepped up to the microphone and called me out. She said, ‘What about me? What are you doing to mitigate the inequality I face as a member of a minority group in a small town in the North Country?’ She’s right. What am I doing?”

High School Principal Josh Dann was also there for the taping of Newman’s speech. Not only was he the head of her high school; he had previously been principal of Petrova when Newman said she suffered from racist name-calling and non-support by teachers.

“Initially, I was taken aback,” he said. “I think anytime you hear that kind of message, you think about what you could have done differently.”

After she delivered her speech, he said he told her “Good job” and apologized.

“Things happen under your watch, and hopefully it doesn’t happen again, but the next time when that thing arises, we can make better choices,” he said.

Hopefully, he said, Newman’s speech will embolden future students and their families to speak up about racism sooner after they experience it.

“As a graduate of SLHS and one of the few minority students there, I can relate to so many of these statements,” Ami Kirollos wrote. “I am so impressed by this young lady’s courage and so grateful for your efforts to educate. I’m optimistic to see the culture of SLHS a progress for the better, much because of your bravery.”

Comments were more numerous and more mixed, and debate more heated on the Adirondack Daily Enterprise Facebook page. The vast majority supported Newman, but the first two comments, made minutes after the post went live, were attempts to shout down people who bring up racism.

Boyer and Pedu, regular Enterprise Facebook commenters who lean to the political right, continued to respond as dozens of people debated with them. Amid the curse words and abusive language on both sides of the argument, it came out that Boyer and Pedu had also been bullied in school.

“These days everyone is a bunch of (expletive)!” Pedu wrote. “I was 100 lbs and had a big nose. I got bullied but never cried like a little (expletive) about it. It’s life in the real world.”

“i was bullied my entire school years!” Boyer wrote. “No controlling the abuse. I took matters into my own hands. Lifted weights, grew stronger, and then started fighting back.”

“Shawn Boyer I’m sorry you were bullied as well,” Frannie’s mother Ara Newman responded. “It would be so wonderful if you could be a part of making future children’s experiences more pleasant than your own. No child should ever be bullied.”

Pedu and a couple of other commenters said the Saranac Lake schools where this racism happened should be shut down, or all their teachers and administrators fired. Others noted that it did not reflect well on Saranac Lake.

Most, however, praised Newman for her bravery.

“Thank you for teaching us Frannie,” wrote Raymond Dora, who was the senior teacher at Lake Clear School when she went there in kindergarten and first grade, and this month retired as principal of St. Bernard’s Catholic school. “Never give up. Congratulations and Godspeed.” 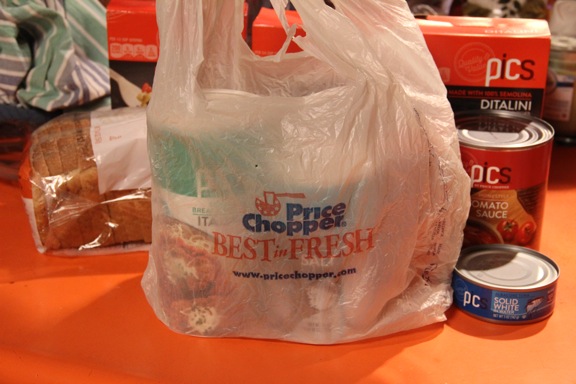 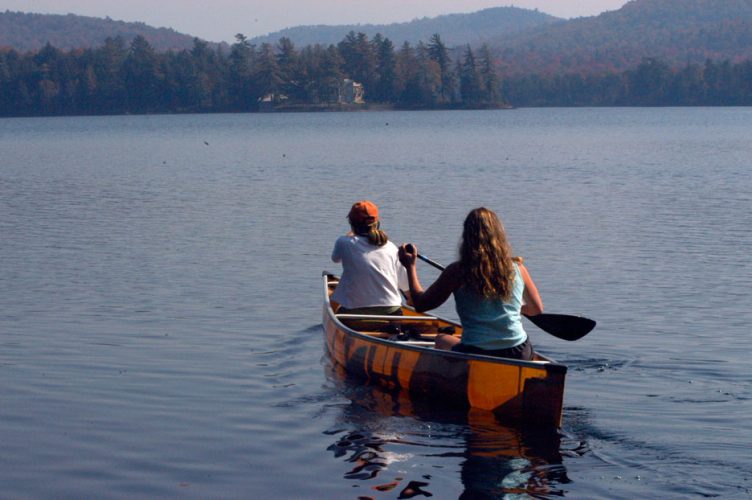 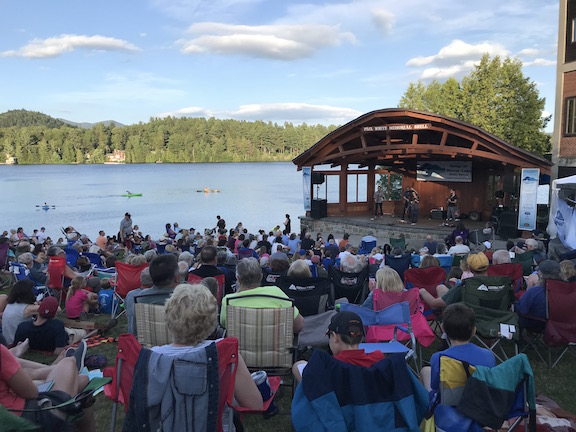