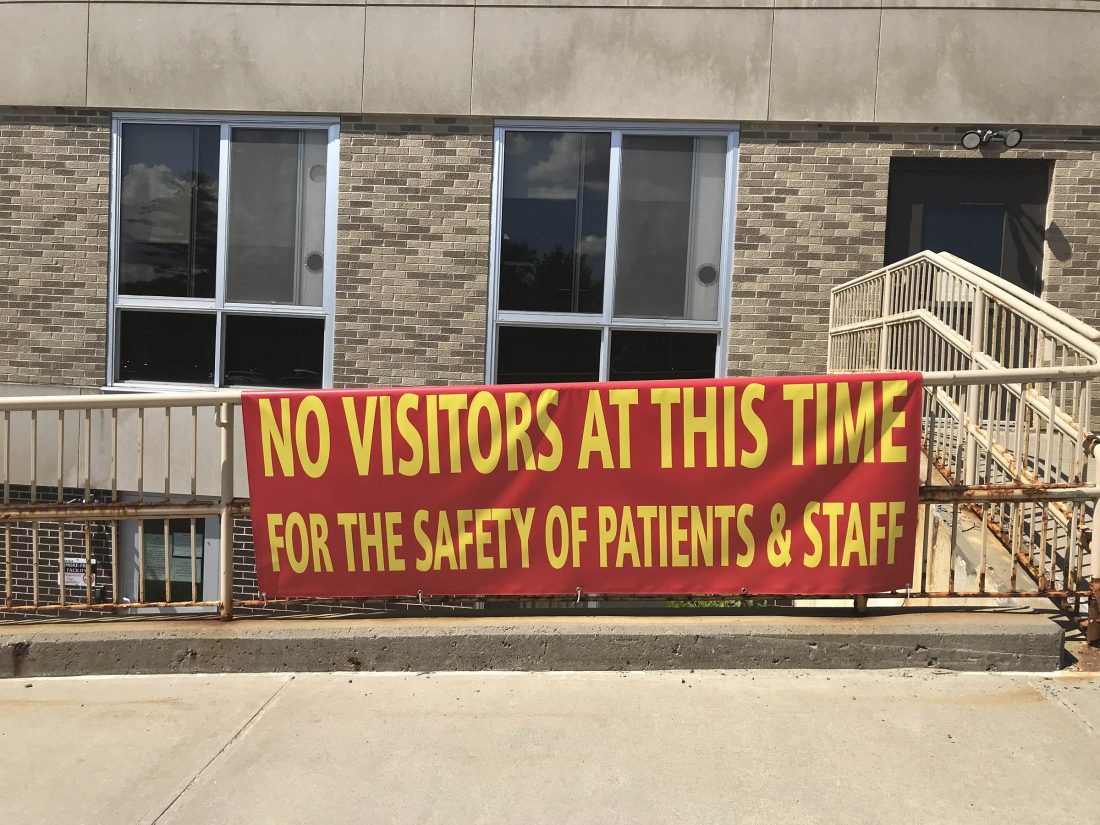 A sign at Adirondack Medical Center in Saranac Lake Friday informs people that no visitors are allowed — but that is expected to change Monday. (News photo — Andy Flynn)

SARANAC LAKE — Some hospitals around the region are starting to allow visitors again, and Adirondack Medical Center hopes to follow suit starting Monday.

Gov. Andrew Cuomo announced Tuesday that New York state would start to let hospitals — but not nursing homes — admit people to visit patients. That hasn’t been allowed for months since the COVID-19 pandemic hit in March.

Matt Scollin, spokesman for Adirondack Health, said the network — which includes the AMC hospital in Saranac Lake — submitted its visitor allowance plan to the state Department of Health Friday morning. A hospital is supposed to give the state 48 hours’ advance notice of when it plans to allow visitors, Scollin said. If the DOH approves, visitors will be allowed starting Monday.

“It will keep track who’s coming and how long they’re staying,” he said. “They’ll have to check in at the door every time.”

Like patients, visitors will have their temperature taken at the hospital entrance will be asked short questions about if they have had contact with people who may have had COVID-19. Scollin said more details on the visitation plans will be announced soon.

Visitors still be not be allowed at Mercy Living Center, the nursing home and rehabilitation center in Tupper Lake that Adirondack Health owns and runs.

“We do not have indications from DOH that that is likely to change in the near future, given the additional risk that comes with (older people in nursing homes),” Scollin said.

In Plattsburgh, Champlain Valley Physicians Hospital also plans to start allowing visitors Monday. Elizabethtown Community Hospital started admitting visitors Friday. Both are part of the University of Vermont Health Network. Both hospitals also announced restrictions, such as screening for COVID-19 symptoms. The Elizabethtown hospital also said it would allow just one visitor per patient at a time, no more than two visitors per patient per day, no visitors under 18 years of age, and limited visiting hours.

Glens Falls Hospital also announced it will start allowing visitors Monday, but only one per patient per day, 18 or older, and only between 4 and 8 p.m.