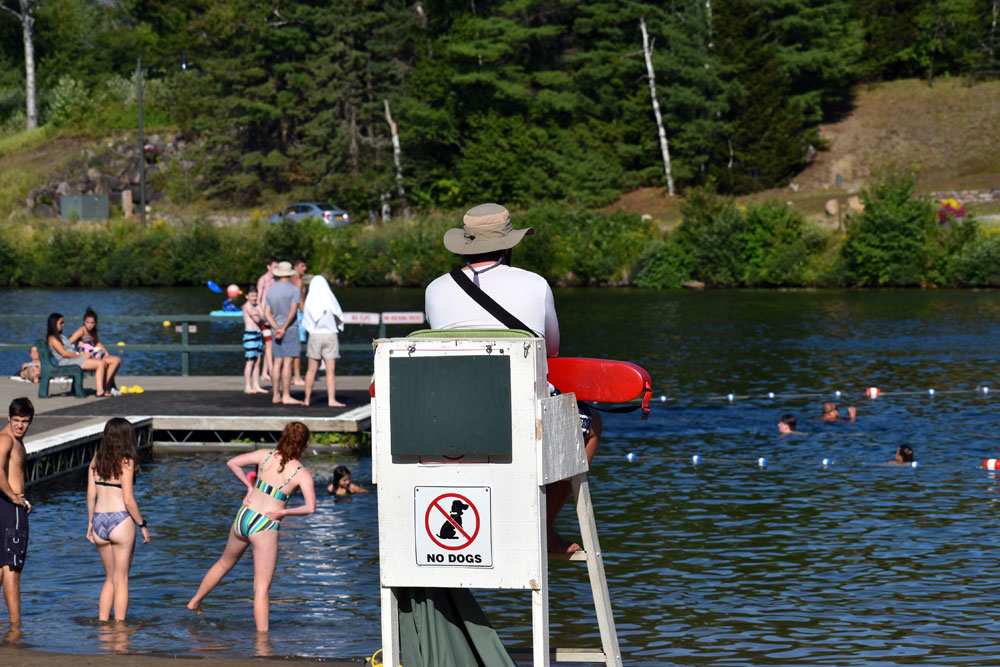 Gov. Andrew Cuomo says some state beaches will open up for Memorial Day weekend, albeit with serious restrictions to slow the spread of the new coronavirus. He said municipalities can open their beaches, too, if they follow state guidelines, but don’t expect local beaches to be open this weekend — even though the forecast is full of sun and warmth.

Even in a normal year, local municipal beaches typically don’t open until June. And this year, they will have to make extra preparations to meet strict new state mandates.

Saranac Lake’s beach on Lake Colby usually doesn’t open until June, and that is still the plan this year, according to village officials. The same goes for the busy beach on Mirror Lake in Lake Placid.

Tupper Lake town Supervisor Patti Littlefield said the Little Wolf Pond beach usually does not open until the last week of June anyway, as its lifeguards are usually college or high school students. She said the town is contemplating when to open the beach this year and has lifeguards on deck. She said the main question that needs to be answered by the state Department of Health is whether public restrooms are a necessary feature.

The town of Wilmington’s beach, at Lake Everest on the West Branch of the AuSable River, probably won’t open until late June or early July, and that’s “if we’re fortunate enough to open up there,” town Supervisor Roy Holzer said Friday.

“We’re going to still try, but what the summer will be like down there remains to be determined,” he said.

Until then, he added, people swim there at their own risk.

It won’t be easy to get to reopening with lifeguards and all. For one thing, New York state recently issued a six-page list of 44 mandatory requirements, plus 19 “recommended best practices,” for lake and ocean beaches to reopen during the pandemic.

The number of people allowed on the beach at once must be cut in half. The same goes for rest rooms and changing areas, and these must also be cleaned and disinfected regularly. People not from the same household must be 6 feet apart, and there must be 10 feet between households’ blanket and chairs set-ups. Masks are required for employees and for anyone who is less than 6 feet apart from people from different households. Hand sanitizer stations must be on site, people can’t share beach items except within a household, and pick-up games of volleyball and the like cannot involve multiple households. And that is just some of the rules.

Martin said the Mirror Lake beach — which he described as one of the busier ones north of Albany — may need a fence around it to control entry.

“Our beach right now, there’s about 150 feet that you can enter in,” he said.

Another challenge is finding lifeguards.

“We’re begging for them,” Martin said. “A lot of them are just not going to want to do it.”

Even in a normal year, he said, “We always need more than we have.” He said the town will need eight or 10 this year, and right now has four hired.

Nevertheless, he said, “We got time, and we’ll get it done.”