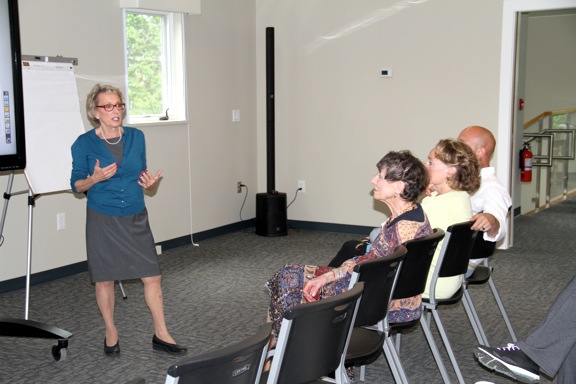 KEENE VALLEY – “We won’t forget you.” That’s part of the message the Keene Valley Library is sending with its new history project, “Adirondack Community: Capturing, Retaining and Communicating the Stories of Who We Are.”

There’s only one catch. In order to be remembered, you have to do one thing.

Don’t worry, they say. It’s painless. They’ll even give you pointers. And it’s quick – only 3 to 5 minutes. It will be over in no time. And the best thing? You’ll be remembered … forever. 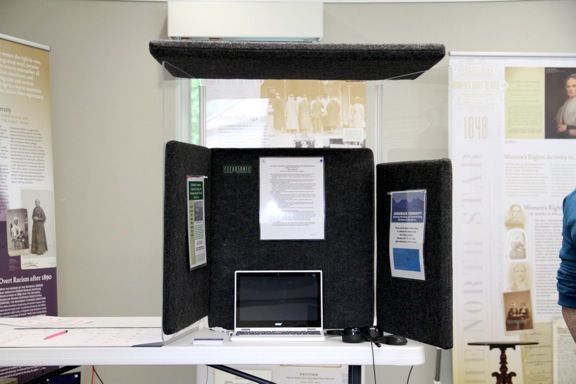 The project’s roots began with an oral history project Keene Central School students did more than 20 years ago. They interviewed residents about their lives. Several years ago, library staff had those interviews digitized – about 350 hours of stories. This was local history told by the people who lived it.

“A lot of those people have passed away,” Glass said. “And when we digitized them, it was from cassette tapes, and we realized that we were losing stories. If people passed away and hadn’t told a story, it was lost.”

So they wanted to start a way to begin collecting stories from the community again. That’s when Huntley showed up. She successfully wrote two grants, one from Humanities New York and one from the Glenn and Carol Pearsall Adirondack Foundation. Glass secured an Innovation Grant from the Northern New York Library Network. They bought equipment. A focus group decided on story categories. They recorded some stories and launched a new website: www.myadirondackstory.org.

“I didn’t know whether we cared about it or the community cared about it,” Huntley said. “And once we got going with the first couple of stories in March, and the stories really starting three weeks ago, the community has been so involved and so excited.”

Adirondack Community is a multi-year local history project that collects and organizes audio stories and related photographs from the town of Keene community members through an online platform to share the social and cultural history of this community. Stories are first-person accounts – 3 to 5 minutes long – by people in their own voice about their own experience and those of their ancestors.

“But that’s an interim goal,” Huntley said. “We hope that this will go on and on and on and hopefully be replicated by other communities.”

With a goal of 100 stories in less than three months, that means they’ll be busy recording, but they need the public to set up times for their interviews. People can email the group at myadirondackstory@gmail.com to set up an appointment to tell a story or to ask questions.

“There’s potentially no end to this project and no end to the stories,” Huntley said. “We want this project to reflect not just the history we would lose if we weren’t telling it, but everyday life in the town of Keene as well.”

Huntley is also working with the Keene Central School to have students tell their stories by building the project into the social studies history curriculum and having it become part of the senior project. The goal: no student should graduate without recording a story.

Huntley’s favorite story is the first one they recorded.

People can listen to stories at www.myadirondackstory.org.

LAKE PLACID — If you’re snowmobiling on Lake Placid this winter, be careful around the northwestern side of the ...

Governor proposes $105M for ORDA in next NY budget