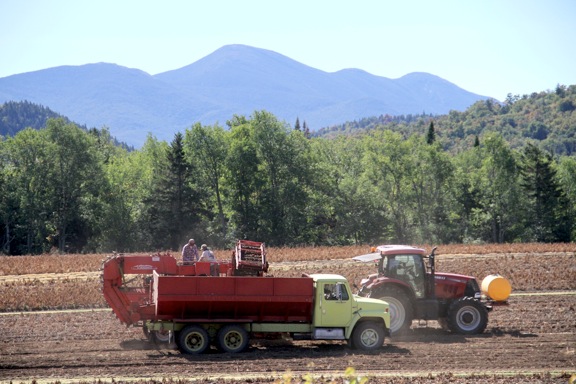 Uihlein Farm of Cornell University staff harvest potatoes in September 2015 in the shadow of High Peaks such as Algonquin Peak in the background. Field growing ended at the farm in 2017. (News photo — Andy Flynn)

LAKE PLACID – After 59 years, the Uihlein Farm of Cornell University on Bear Cub Lane will shut down, effective June 30, 2020, according to Farm Manager Chris Nobles.

The closure decision was made in March.

“We are currently growing out our last greenhouse crops this growing season,” he said. “The seed potatoes that are grown in the greenhouse this year will be sold next spring to our grower customers.”

For the past 12 years, Nobles has worked at the Cornell-Uihlein Farm, a facility owned by the College of Agriculture and Life Sciences at Cornell University and managed by the Department of Plant Pathology and Plant-Microbe Biology. The mission of the farm is “to serve the potato growers of New York state and the U.S. potato industry as a whole by supporting the development of potato varieties resistant to a pest of national importance, the potato cyst nematode.”

Located about 2 miles south of the village of Lake Placid – around 2,100 feet in elevation – there are currently about 175 tillable acres. 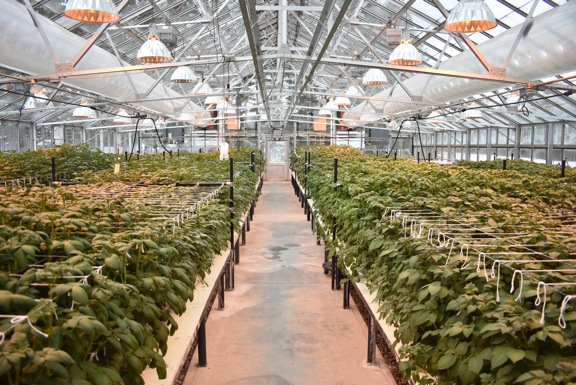 The land was donated to Cornell University in the fall of 1961 by Mr. and Mrs. Henry Uihlein II of Heaven Hill Farm for the express purpose of producing basic potato seed stocks for the state’s potato industry. Customers that buy seed potatoes come from New York and other states.

Nobles said the closure is “due to multiple factors,” but the root cause is financial.

“It’s just not sustainable any longer. … As a public-sector entity, it’s difficult for us to compete with private-sector businesses that are doing basically the same thing. We can’t compete on a cost of production basis.”

This decision was not made overnight, as the farm has been struggling financially for years. The field staff harvested their final field crop in 2017 and were let go effective June 1, 2018, after those seed potatoes were distributed. Soon afterward, Nobles’s hours were reduced from full time to part time. He’s now working full time at the Mount Van Hoevenberg Nordic facility for the state Olympic Regional Development Authority, and he doesn’t know what he will do after June 30, 2020.

All the seed potatoes at the farm are now grown in the greenhouse, and the farm will close after this year’s crop is distributed in the spring of 2020. 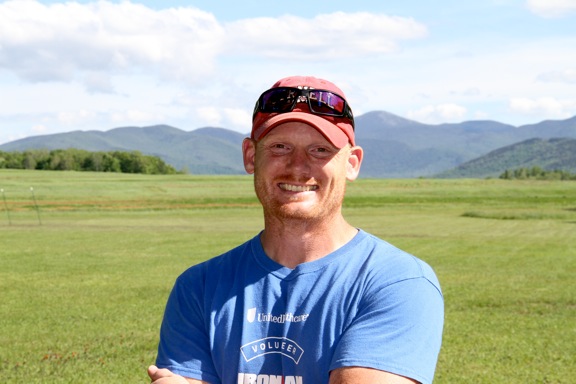 When Nobles spoke with the News in April 2018 about the cutbacks, he said there were essentially three main operations at the farm.

1. The tissue culture laboratory where potato seeds are tested to see if they’re free of pathogens, bacteria and viruses. The plants are grown in test tubes before being placed in soil.

2. The greenhouse is where the potatoes from the lab grow to maturity.

3. The field operation was 40 acres of potatoes growing naturally with sunlight and rainfall.

History of the farm 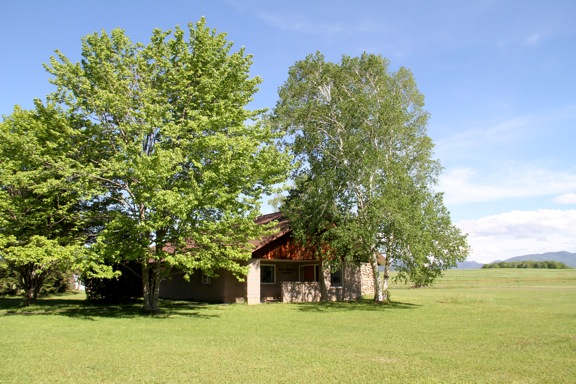 When news of the Uihleins’ donation to Cornell University was reported in the Feb. 22, 1962 issue of the Lake Placid News, it made headlines on the front page. The gift was approximately 300 acres of the Tableland potato farm to establish a Foundation Seed Potato Farm.

The Tableland Farm was originally used by the Lake Placid Club as a seed potato farm under the direction of Favor R. Smith. The Uihleins purchased the farm in 1949 and incorporated it into their nearby Heaven Hill Farm.

In 1959, the Cornell College of Agriculture proposed a New York state foundation seed potato farm. They soon identified Lake Placid as an ideal site and rented 4 acres of the Uihleins’ Tableland Farm in the spring of 1961. In December of that year, the Uihleins donated 317 acres to establish Cornell’s seed potato farm.

The first seed was sold to growers in 1964, the same year the warehouse was built and Mrs. W. Alton Jones donated the Bear Cub Lodge to the university. Tissue cultures were initiated in 1970. In 1977, the groundbreaking ceremony for the Henry Uihlein II Laboratory and adjoining 125-foot greenhouse was held. The same year, they field planted the first tubers from virus-free meristem-derived plantlets. In 1979, the laboratory and greenhouse were dedicated, and the Bear Cub Lodge was sold. A two-family residence was constructed in 1980, followed by two plastic greenhouses in 1981.

When the Uihlein Farm of Cornell University finally closes on June 30, 2020, there’s no telling what will take its place. Nobles said some ideas have come up, but Cornell University does not currently have a future plan for the potato farm property. 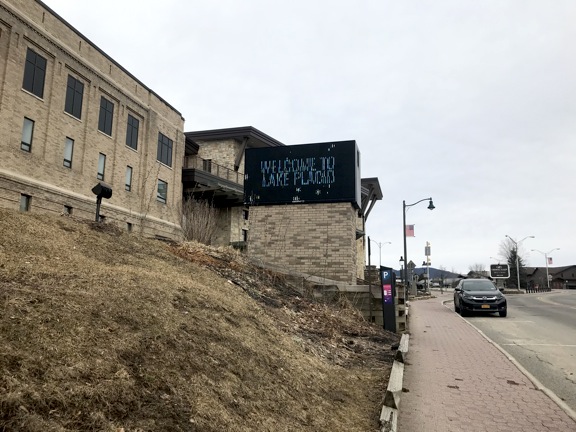