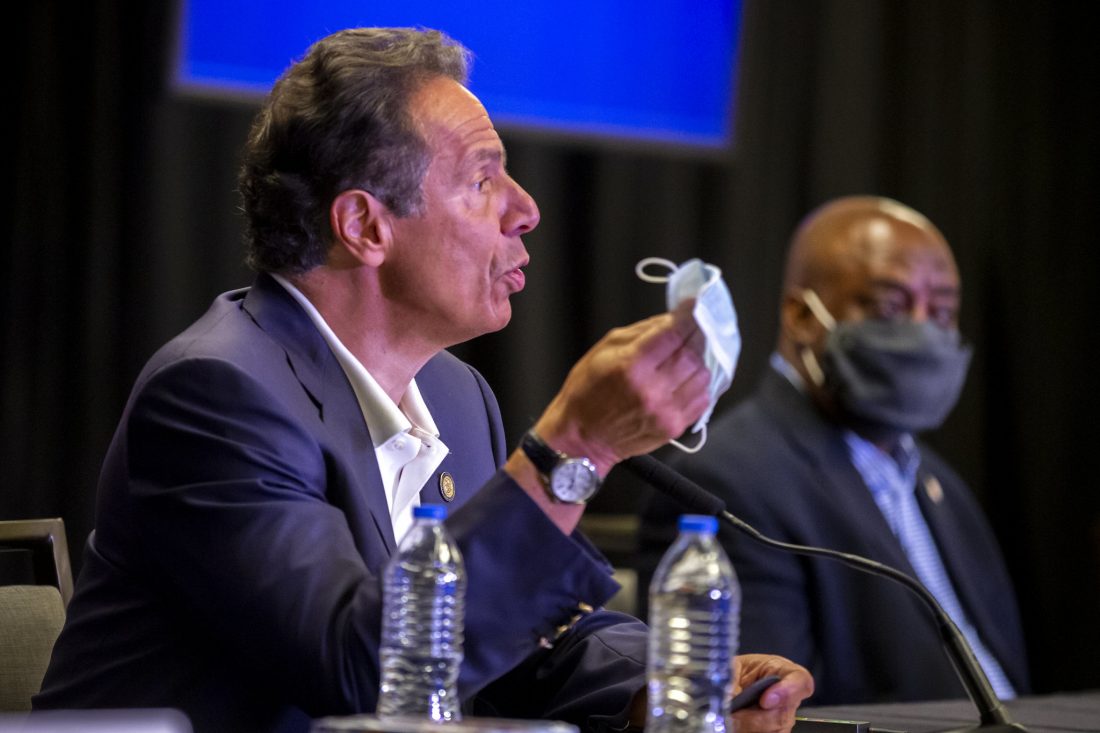 New York Gov. Andrew Cuomo answers questions from the media about the benefits of wearing a mask to keep COVID-19 from spreading during a meeting with Savannah, Georgia, Mayor Van Johnson, right, in Savannah Monday. (Provided photo — Stephen B. Morton, governor's office)

Gov. Andrew Cuomo acknowledged Tuesday that the quarantine is “imperfect,” but said the quarantine could help protect the states against the risk of increased spread. The list of states no longer includes Minnesota, but now includes Alaska, Delaware, Indiana, Maryland, Missouri, Montana, North Dakota, Nebraska, Virginia and Washington.

“The infection rate across the country is getting worse, not better,” Cuomo said in a conference call with reporters.

New York, New Jersey and Connecticut last month issued a joint travel advisory that requires a 14-day quarantine period for travelers from a list that now includes 31 states, including Texas and Florida, where COVID-19 appears to be spreading. The advisory includes states if their seven-day rolling average of positive tests exceeds 10%, or if the number of positive cases exceeds 10 per 100,000 residents.

Cuomo has tried to get more travelers to comply with the order by instituting a $2,000 fine for impacted individuals who leave the airport without filling out a form that state officials plan to use to randomly track travelers and ensure they’re following quarantine restrictions. Airport travelers who fail to fill out the form face a hearing and an order requiring mandatory quarantine.

The governor initially said hotel clerks or business partners could alert officials about violations, and that police officers who pull over out-of-state individuals for traffic infractions could enforce quarantine rules. The Cuomo administration didn’t immediately respond to a request for comment Tuesday about how it’s enforcing the quarantine, including how many travelers have faced fines.

The governor’s office said 724 COVID-19 patients were hospitalized Monday — a figure that’s plunged since peaking in mid-April but has declined at a much slower rate since late June. The percentage of positive results has plateaued around 1% since mid-June, with 1.2% of 66,000 tests conducted Monday coming up positive.

Cuomo’s administration reports 25,058 patients who tested positive for COVID-19 have died in hospitals and nursing homes, a figure that doesn’t include 4,624 presumed deaths in New York City and an unknown number statewide. New York has reported an average of 10 people with COVID-19 dying each day over the past week.

Cuomo has praised New Yorkers for flattening the state’s curve, but said his administration is watching potential spikes in Bronx, Long Island and parts of upstate.

Cuomo, who’s voiced concern about young people congregating in bars, said New York’s liquor authority has suspended the licenses of four bars and restaurants in Queens and Suffolk County. And since March, the state’s suspended 27 licenses and brought 410 charges against establishments, who must follow social distancing and face covering rules on top of Cuomo’s requirement — announced last Thursday — to only serve alcohol to people who order and eat food.

Cuomo said his administration will close restaurants and bars with three violations, while “egregious” violations can result in the immediate loss of a liquor license or closure.

“That is a very serious situation, that means they can’t operate,” Cuomo said. “I’m sorry it’s come to this. But it’s a dangerous situation.”

Still, the state’s previous guidance allowed consumption of “food and/or beverage” on a licensee’s premises in outdoors, open-air areas while seated at tables 6 feet apart.

Cuomo’s senior adviser Richard Azzopardi said the state has reined in the rules because of reports of individuals standing outside restaurants and bars and engaging in “mask-less, non socially distanced outdoor drinking.”

“That clearly wasn’t the intent and is why the rules had to be tightened,” he said. 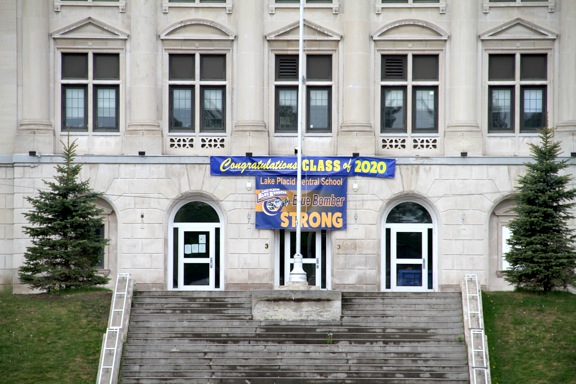 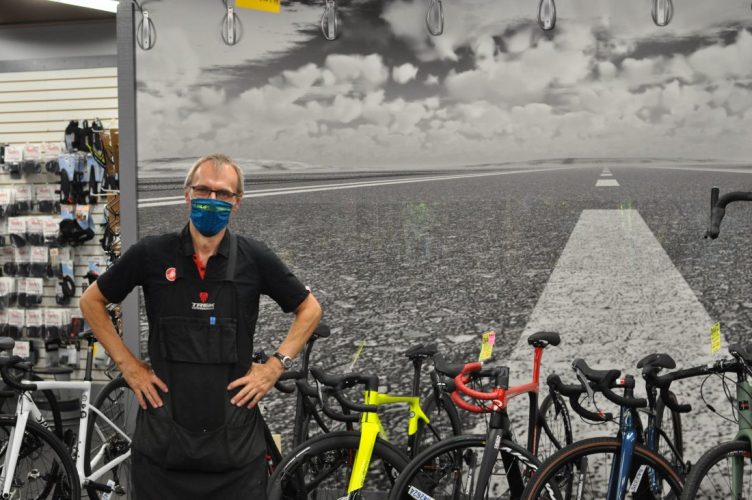 Amid pandemic, bikes are wheely tough to find 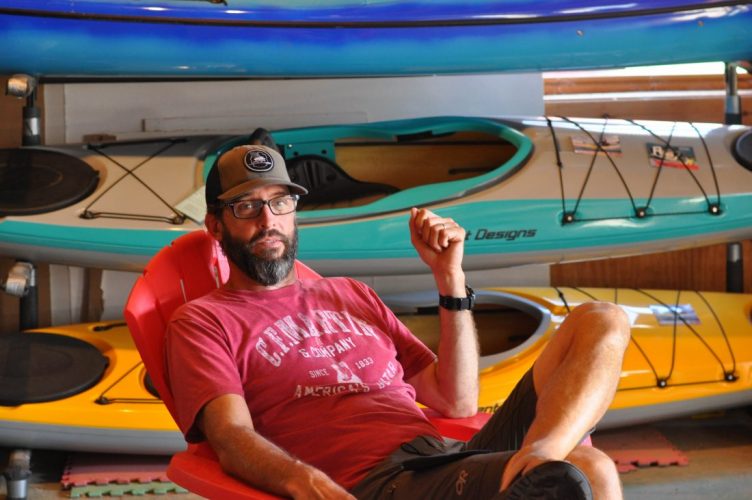 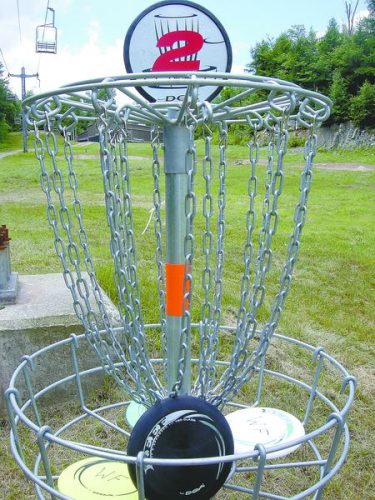