Griffin headed back to US Amateur Championships 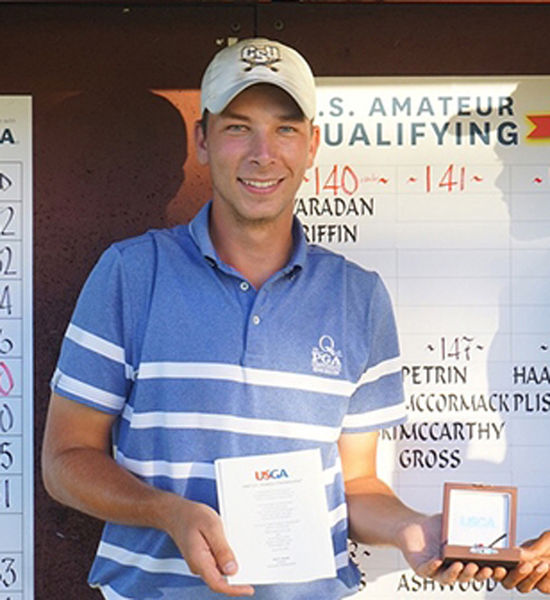 On Monday, the Lake Placid native finished tied for first place in the New York state qualifier with a 4-under par 140 over 36 holes of play at Colgate University’s Seven Oaks Golf Club in Hamilton. The conditions were firm and fast, and the hot summer weather made a 36-hole stroll through the tricky venue even more demanding.

Griffin fired rounds of 71 and 69 on the par-70 Robert Trent Jones layout to finish tied at the top of the leaderboard with Khavish Varadan of Malaysia. The two golfers were the only players in the field of 84 who shot rounds below par. After finishing with a 146 total and then winning a playoff, Cody Cox of Milford, Pennsylvania also qualified for the U.S. Amateur tournament.

At day’s end, four players sat tied at 146, and a sudden-death playoff ensued to decide the final advancing player as well as the two alternates. Cox, as well as Cullen Chung of Canada, Justin Lane of Woodstock, and Tyson Turchanski of Canada, began a playoff on the opening hole at Seven Oaks, the par-4 first.

Cox and Turchanski two-putted for pars, Lane did the same for bogey and Chung made double. On the second playoff hole, the par-5 twelfth, Cox striped his drive down the fairway and Turchanski clipped a tree on the right side and fell into the lateral hazard just shy of the fairway. Cox left himself with a 25-footer for eagle after getting on in two, and converted his birdie to capture the third and final qualifying spot.

Griffin, Varadan and Cox will travel to the 118th U.S. Amateur Championship at the Pebble Beach Golf Links in California. The tournament will be held Aug. 13-19.

Two years ago, Griffin competed in the U.S. Amateur as an alternate. Last summer, the University of Charleston graduate had an amazing run at the tournament when it was held at the Bel-Air and Riviera Country Cub also in Pacific Palisades, California. After two rounds of stroke play, Griffin stood in a tie for 19th place, a result that advanced him to match play. Griffin won his first match play competition to reach the round of 32 before he was defeated.