Whether it’s a religious observance or the traditional American one, at its very core, Thanksgiving has always been about counting your blessings.

When the times are great — everyone’s healthy, no financial worries, careers are on target, loads of family and friends — counting your blessings can be easy. Where to start? There are so many reasons to be thankful.

Yet when times are tough — as they are for millions of Americans today suffering from tough financial times, food insecurity, health issues and the continual threat of COVID-19– there may be fewer reasons to be thankful. But let’s try.

We’re thankful for living in such a beautiful region of New York state, for all the wild areas and protected land. We’re thankful for clean water and air and the many outdoor recreational opportunities we have here. We’re thankful for our neighbors who are always there to lend a helping hand, and for our small towns where we have fewer problems than the big cities.

The newspaper industry has seen better days since the News was founded in 1905, but our staff is thankful to be able to report the news, tell stories important to our readers and serve our community. The need for local news is constant. We’re thankful for our advertisers and readers.

Even when President Franklin D. Roosevelt decided to change the date of Thanksgiving in 1939 — from the last Thursday of November to the fourth Thursday of November — to extend the Christmas shopping season, the News found a silver lining. That decision literally split the nation in half, as states decided on their own which date to observe Thanksgiving. Twenty-three states (including New York) declared Nov. 23 as their holiday, 23 other states declared Nov. 30 as their holiday, and two states — Colorado and Texas — declared both dates as Thanksgiving.

“A Thanksgiving Day, earlier by a week, but still a Thanksgiving,” the News published in its Nov. 24, 1939 editorial. “In spite of the change in tradition, the cause of an uproar on the part of anti-New Dealers, the day after all we hope may be a pleasant one and the bitterness caused in the hearts of many by the November 23 edict may be downed with the consumption of the turkey and all that goes with it.

“The change in date is not the only departure from Thanksgivings of other years when the day was set apart for thankfulness of general nature, for what we eat, for the prosperity of our homes and business and for our general well being. But this year we have an additional reason for which to be thankful. To say that it is for the fact that we are not one of the wartime nations and are at peace has been said so often in the pulpits, in editorials, and over the air that it has become trite and we almost shudder as we feel it coming on again.

“Our chief cause to be thankful could be and should be in the knowledge that we as an American people are going to remain at peace. That those who live in this country of ours are now so wise and so shock proofed against propaganda that we are not liable to go off half cocked again and go sailing away as fools where angels fear to tread. We are becoming less and less an hysterical nation and no matter how high our indignation rises or how far our sympathies carry there are enough among us to keep us down to a rock bottom level and on an even keel so that we can not drop overboard into the messy sea of bombs and shrapnel.”

We all know how that ended. Just over two years later, America entered World War II and that messy sea of bombs and shrapnel in Europe and the Pacific. Millions of men and women left their homes to serve their country stateside and overseas. Many would never come home.

Even so, with all 48 states in 1942 celebrating Thanksgiving on the fourth Thursday of November — after Congress made it official — the News found more reasons to be thankful.

“Those who have their loved ones absent must content themselves with the thought that they can be proud that they have men-folks sure and capable to do their parts in the conflict, to fight for their land,” the News published in its Nov. 27, 1942 editorial.

“We may each of us be thankful that there seems to be a glimmer of hope that another Thanksgiving will see us nearer the end of these gloomy days. The task will not be finished but we should well be on our way to victory and to the days when the entire family may sit down to a dinner and not listen to the distant thunder of guns, or for the threat of bombing planes.”

The key word there is “hope.” Sometimes, when times are tough, that’s all we have — hope that things will get better. And that is certainly something to be thankful for. 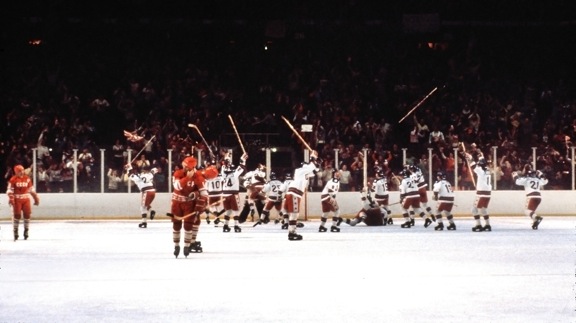 Time to nominate a volunteer of the year

Hundreds of functions in the North Country depend on volunteers. People are fed and clothed, the ill and injured ...

Pride for the blue and yellow

Yes, Virginia, there is a Santa Claus

(Editor’s note: Eight-year-old Virginia O’Hanlon wrote a letter to the editor of New York’s Sun, and the ...

The Firefighter’s Association of the State of New York is reminding people about fire safety this holiday season ...