More than five years ago, we toured the Olympic venues with the state Olympic Regional Development Authority’s Community Advisory Panel, and we saw firsthand what improvements needed to be done in order to bring in more revenue, attract more visitors to the year-round facilities and host more international competitions.

Today we are seeing those ideas come to fruition, thanks to a multi-million-dollar commitment from the state of New York.

At the time of the tour in June 2015, we visited the Lake Placid Conference Center, Olympic Center rinks, Olympic Speedskating Oval, Olympic Jumping Complex, Whiteface Mountain Ski Center and the biathlon, cross-country skiing and sliding track venues at the Olympic Sports Complex at Mount Van Hoevenberg. We spoke with committee members and ORDA officials, and we found that the major improvements were not stalled because there was no plan — there just wasn’t enough money allocated to make all the wish lists come true.

In fact, ORDA venue managers all had multi-year plans. We were impressed with their foresight, but not surprised. After all, this tiny Adirondack village has hosted two Olympic Winter Games and countless international sporting events for more than 100 years. Venue managers know what they need to get the job done.

To their credit, state officials under the leadership of Gov. Andrew Cuomo have followed through and budgeted an unprecedented amount of money for upgrades at all the ORDA facilities. Many improvements are needed to host the 2023 Winter World University Games.

In the mountain coaster press release, the governor has taken credit for committing nearly $240 million in funding to support ORDA’s venues. We are certainly grateful for that support. It means these facilities — which the state took over in 1981 with the creation of ORDA — will be viable for many years to come. It’s a boon to our local and regional economy.

“The Cliffside Coaster is one of our latest and most thrilling additions to the Olympic Regional Development Authority venues, and part of our ongoing effort to modernize the entire Mt. Van Hoevenberg complex,” Cuomo said in the release. “This revitalization is transforming the complex into a year-round provider of excitement and entertainment for both athletes and families, which will attract more summer visitors and provide a critical boost to local businesses as we work to build back better.”

We are also looking forward to getting this coronavirus pandemic over with so we can get back to some sort of normal activity. We miss hockey. We miss the events. We miss hanging out in the Olympic Center’s Herb Brooks Arena to soak in the history of the 1980 U.S. hockey team’s Miracle on Ice win over the Soviets.

The bigger test is beyond Election Day

The upcoming election is a major crossroads for this nation. The two paths before us are perhaps more widely ...

We should all be afraid of the new coronavirus

Mr. President, Americans should be afraid of the coronavirus. We should all be very afraid, even here in the ...

Send us your news

For a variety of reasons, U.S. citizens are slowly losing their sense of community, yet we have hope that community ... 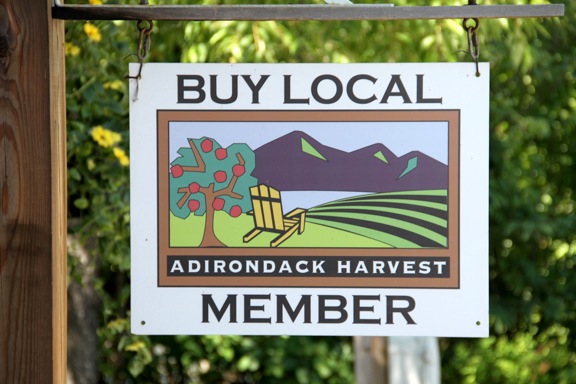 No gas at Keene Stewart’s for 4 weeks