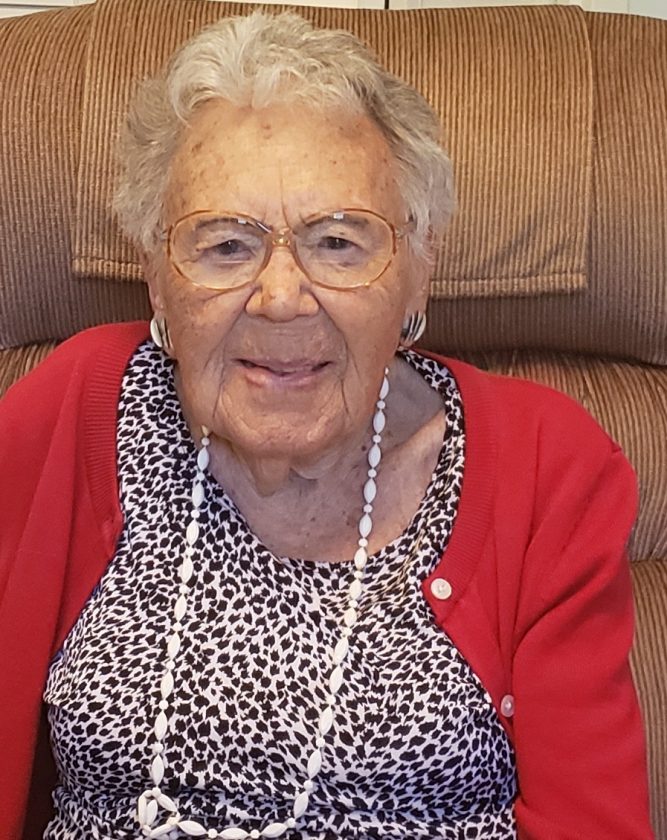 She was the daughter of the late William and Alice Norris Bennett and wife of the late James Edward Shuler.

Marion was a long-time resident of Lake Placid, New York, and eventually moved to Bradenton, Florida, and then to Chapin, South Carolina. She was a manager and buyer of three retail stores in Lake Placid and retired as the owner of the Fabric Wheel. She was excited to be involved in numerous alterations and other sewing opportunities for the 1980 Winter Olympic Games in Lake Placid.

She enjoyed traveling, quilting, reading, board games, toy making, square dancing and spending time with family and friends. She taught Sunday school and was very active in the Adirondack Community Church for many years. She was also a member of the BPW in Lake Placid. She was a current member of Lake Murray Presbyterian Church in Chapin.

Marion was indeed a gifted lady, but more importantly, she was a beautiful, kind, and humble person.

Marion’s ashes were interred in the Memory Garden of the Lake Murray Presbyterian Church in Chapin on Friday, June 5.

She requested that memorials be made to The Shriner’s Hospital for Children, Attn: Office of Development, 2900 Rocky Point Drive, Tampa, FL 33607.

Memories and condolences can be shared with the family at www.whitakerfuneralhome.com.

Whitaker Funeral Home of Chapin is assisting the family.