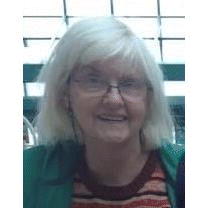 Vicki Lynn Lawrence, 74, of Spruce Street, Lake Placid, passed away on May 25, 2020, at Upstate Medical Center in Syracuse after a long battle of cancer.

She was born on Feb. 18, 1946, in Fort Knox, Kentucky, the daughter of George and Dorothy Swayze.

Vicki attended and graduated from Lake Placid High School in 1964. She was employed by the New York State Police in a clerical position for over 30 years and retired in 2010.

Vicki requested no funeral services. Arrangements have been entrusted to Summerville Funeral Home, Sandy Creek, New York. A private burial will be in the family plot in Lake Placid at a later date. Online condolences may be made at www.summervillefh.com