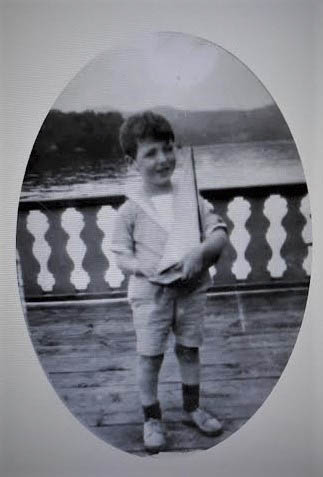 Harry Allan Jacobs Jr., who led one of Wall Street’s prominent investment houses during the 1970s, passed away peacefully in his Longboat Key, Florida, home on Tuesday, May 5. He was 98.

Jacobs served as CEO and chairman of Bache & Company, a pillar of post-war Wall Street, until the firm merged with Prudential in 1982. Jacobs’ career at Bache was a paragon of the fraternal age of New York finance, where relationship-driven ethos contrasted with the greed-is-good mantra of the 1980s.

Born in 1921 to Elsie Wolf Jacobs and Harry Jacobs Sr., a renowned New York City architect, Mr. Jacobs spent his earlier years at his family’s home on the Upper West Side of Manhattan and the summers in Lake Placid. His father purchased Camp Oom-So Wee on Buck Island in 1924, and it has remained in the family since that time. Jacobs would spend many winter days in Lake Placid as a boy with the camp’s caretaker and guide Charlie Martin, as well as Charlie’s team of huskies and sled. This started Jacobs’ love of the outdoors, skiing and the mountains. The Adirondacks would go on to play a key role in his life.

He attended the Lincoln School and went on to Dartmouth College, where he was the manager for the ski team, graduating in 1942. While at Dartmouth he met Marie Stevens of Hanover, New Hampshire, at Suicide Six Ski hill in Woodstock, Vermont.

After graduation, Jacobs began the two great loves of his life: family and flying. He joined the Army Air Corps and married Marie during leave from Basic Training. He served as a flight instructor on B-25s for the remainder of World War II, and he continued to fly well into his 90s. 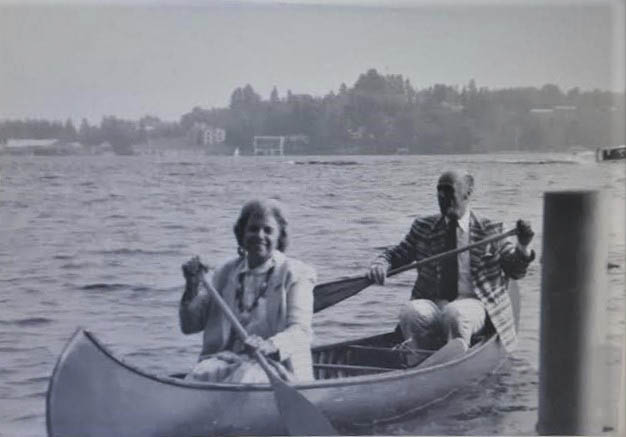 In September 1945, he was discharged from the Army Air Corps and looking for a job as an airline pilot. With no place to live, he and Marie, 6 months pregnant, stayed at the unheated Camp Oom-So Wee on Buck Island until Thanksgiving of 1945. With warning from Charlie Martin, they left before the lake froze.

In 1946 Jacobs and Marie moved to New York City, where he began working at Bache & Company as there were no openings in the airlines. After Labor Day that year, Jacobs called on the Bank of Lake Placid as well as 14 other banks in the Adirondacks, including the Adirondack National Bank and Trust Company run by George LaPan of Saranac Lake, to buy and sell bonds through Bache. No one had called on these banks since the Depression, and Jacobs got the business, boosting his career. Over the next four decades, Jacobs would help steer Bache & Company through the post-war boom — and its many crises — with an uncompromising commitment to values. He became president in 1968 and president, CEO and chairman of then Bache Halsey Stuart in 1976. In 1982, Bache was sold to Prudential, and Jacobs was chairman until 1985.

In addition to his career in finance, Jacobs served as chairman of the Democratic Business Council in the 1980s and was a director for the Center for National Policy, a Democratic think tank. He was an enthusiastic fundraiser for his longtime friend Sen. John Glenn’s presidential campaign.

Family life was an essential anchor in Jacobs’ life. And so was skiing. He and Marie both loved the sport, and they enjoyed many happy days on Whiteface Mountain. In the 1950s they started taking month-long ski vacations to Austria with their children Nancy and Terry — a tradition that continued for the next 40 years. In 1969, Harry and Marie Jacobs purchased Camp Whitecloud to have their own residence on Lake Placid within canoeing distance of their cousins on Buck Island. Marie died in 1991.

Jacobs met his second wife, Joanie Patterson of Sun Valley, Idaho, while on a flying trip across the country. Joanie was not a stranger to Lake Placid, as she had spent many weeks in Lake Placid in having watch her son Pete Patterson compete on the US Ski Team in the 1980 Olympics.. Harry and Joanie Jacobs were happily married from 1997 until 2007, when she died. 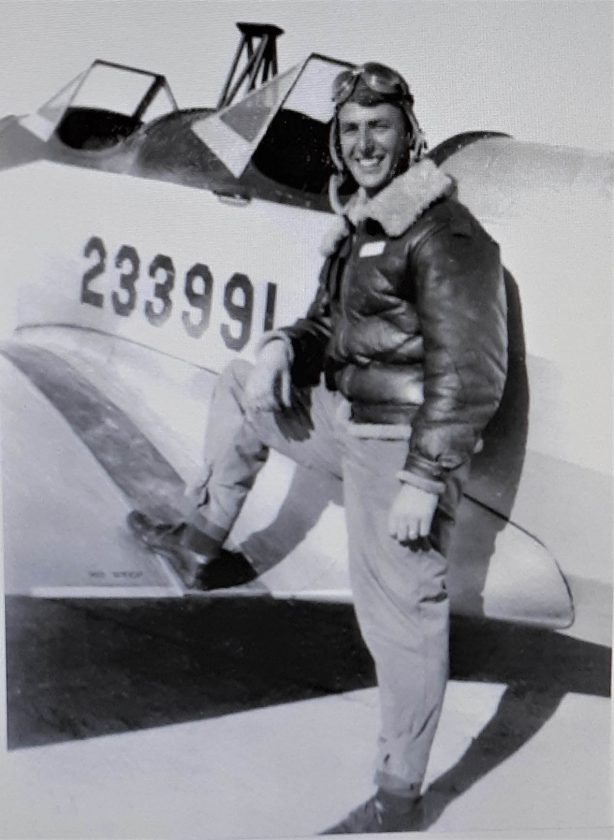 Jacobs was predeceased by his lifelong friends Bill Scheefer of Saranac Lake, Peter Roland of Lake Placid, with whom he developed San Point, and fellow Dartmouth classmate Bill Distin of Saranac Lake. He continued to have many new and old friends in Lake Placid. He flew airplanes well into his 90s and had almost 5,000 hours of flight time, many of them with Steve Short of the Adirondack Flying Service.

Harry Jacobs was blessed to live an exceptionally wonderful and long life, which he was truly grateful for. Over the course of almost 99 years, he lived through economic booms and collapses, a world war, and cultural and technological revolutions, yet he always continued to be a student of the times, eager to understand how he could contribute to his community and help society put its best foot forward.

In all the change and transformation that Jacobs witnessed, he loved Lake Placid for its timeless beauty and character, and especially the relationships he built there over the course of his lifetime. He returned year after year, from a young child to a great-grandfather, knowing that he could find solace in the agelessness of the Adirondacks.

He is survived by his daughter Nancy Jacobs Haneman and son Terry Jacobs (Sally Harrison). He is survived by his four loving grandchildren: Patricia Cox (Brian), Nicolle Keally (Alex), Andrew Jacobs (Michelle) and Steven Jacobs (Hannah). He was the loving great-grandfather of Breck Cox, Hadley, Cassidy and Taylor Keally and Bruce Jacobs.

In lieu of flowers, please send a donation in his memory to the Adirondack Medical Center, Lake Placid. A memorial service at the Irvington, New York, Presbyterian Church will be planned as soon as restrictions are lifted.

The M.B. Clark, Inc, Funeral Home in Lake Placid is in charge of arrangements. To share a memory or leave condolences, please visit www.mbclarkfuneralhome.com.