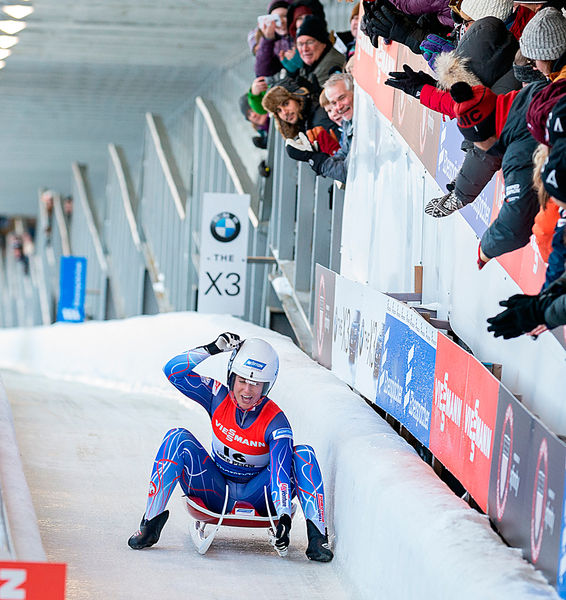 Luge’s governing body took upcoming World Cup races away from the U.S. and Canada on Tuesday, Aug. 31, citing ongoing difficulties in getting foreign athletes into and out of the North American countries during the pandemic.

The planned World Cup stops in Whistler, British Columbia, and Lake Placid, New York, will now both be held at the 2014 Sochi Olympic track in Krasnaya Polyana, Russia. They will be the second and third stops on the World Cup schedule, the first from Nov. 26-28 and the second from Dec. 3-5.

The World Cup season will begin at the new track built for the 2022 Beijing Olympics, with racing being held Nov. 19-21.

The International Luge Federation’s decision means that there will be no World Cup events in any of the three sliding sports — bobsled, skeleton and luge — in North America for a second consecutive season.

“Now it’s the pandemic and other issues, all non-athletic, that will prevent our athletes from having a home race in front of their families, friends and fans,” USA Luge CEO Jim Leahy said. “It also negatively impacts our personal engagement with team sponsors and suppliers who would attend … and ultimately, does nothing to help grow the sport of luge in the U.S.”

The challenge of getting into the U.S. and Canada was also cited last season when races were removed from the sliding schedule. Leahy said more factors were at play this year, including an August deadline imposed on USA Luge, the U.S. Olympic and Paralympic Committee and the State Department guaranteeing visa appointments for the Russian and Georgian teams.

That deadline couldn’t be met by the time a $1 million deposit was due for the charter flight that would have carried sliders from the opening World Cup in China to the races in Canada and then the U.S., so the FIL moved to change the schedule.

“Our organization exhausted every possibility right up to the deadline,” Leahy said.