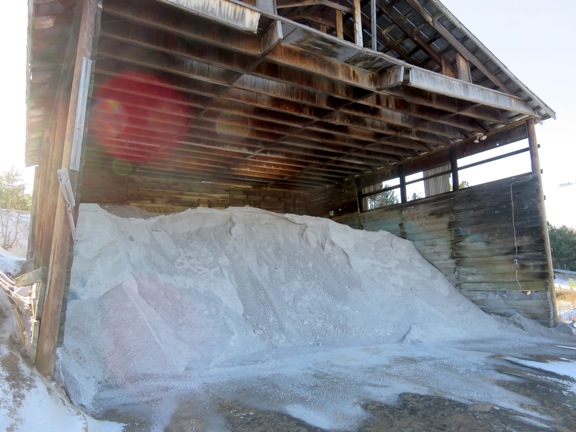 After passing the Assembly on Monday, the bill now awaits approval by Gov. Andrew Cuomo. State Sen. Betty Little, R-Queensbury said Cuomo is concerned with environmental issues, and she hopes he will pass it.

Assemblyman Dan Stec, R-Queensbury, also said he is “optimistic” that Cuomo will sign it.

“It’s supported by everybody in the Adirondacks,” Stec said. “If I’m the executive and I see that all those groups, both sides, the guys that put the salt down and the guys that hate putting the salt down, are on the same page, there’s nothing to be opposed to.”

The legislation, which Little and Stec co-sponsored, would create a task force and pilot-program study with the goal of reducing the amount of road salt applied to state highways in the Adirondack Park each winter. 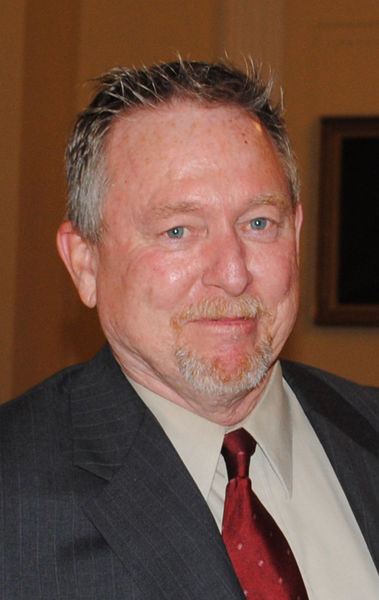 “When it comes to keeping our lakes, rivers and streams and water wells clean, the old adage of an ‘ounce of prevention being worth a pound of cure’ certainly fits,” said Little. “A comprehensive study, including a pilot program, would give us the data we need to develop best practices.”

The bill is named after the Wilmington town supervisor who died last summer. Preston also served as co-chair of the Adirondack Road Salt Working Group and advocated to limit excess road salt use.

“This effort was spearheaded by the late Randy Preston, and upon speaking with his wife Michelle, she was elated that his legacy will be carried on,” Assemblyman Billy Jones, D-Chateaugay Lake, wrote in a press release.

“It’s imperative that we strike a balance of providing safety to our residents while addressing the ecological health of our waterways,” Stec wrote in a press release. “A proactive environmental strategy which also addresses the need for safe passable highways is long overdue in the Adirondacks.”

The legislation passed with a solitary “nay” vote from Sen. Andrew Lanza, R-Staten Island. Little said she did not know why Lanza voted against the bill.

Salt is used to keep slippery roads safer in the winter, but when it runs off into waterways, wells and natural lands its sodium content can have corrupting effects, changing the makeup of streams or making wells undrinkable.

A 2019 study from the Adirondack Watershed Institute at Paul Smith’s College said of 500 Adirondacks wells tested, 64% of these downhill from state roads had sodium levels exceeding the federally recommended health limit.

AWI Executive Director Dan Kelting, a Paul Smith’s professor and researcher, said there was significant contamination to wells downhill from state roads but not to ones uphill, showing that salt runoff was the problem. He said salt poses human health problems in wells, as it can endanger those on low-sodium diets, corrode pipes, ruin appliances and ruin water flavor.

Kelting said wells near state roads have higher salt content than those near local roads since local government plow trucks use more sand than salt. He said New York’s salt usage is higher than other states that also deal with snow.

According to an press release from local advocacy group AdkAction, “Each year, over 190,000 tons of road salt are applied to roadways in the Adirondacks, posing a threat to aquatic and terrestrial ecosystems, water quality, and the safety of drinking water. New York State uses about 2.5 times more salt per lane-mile than county and municipal road crews.”

If the governor signs the bill, the Adirondack Road Salt Reduction Task Force would be a 14-member group of appointed state and local stakeholders. It would research alternatives to salt spreading on winter roads and submit its recommendations by Sept. 1, 2021. A three-year road salt application reduction pilot program would implement these changes.

Then, for three years from 2021 to 2024, the pilot plan would test these management practices on all state-owned roadways within the boundary of the 6-million-acre Adirondack Park.

Little said these measures could involve spreading different substances on the roads, using new types of plows that scrape up more salt, changing how salting is done to focus on prevention and removal, having plows drive slower to avoid salt bouncing off the roads, and reducing speed limits in low-salt areas.

Following the completion of the pilot plan, the state departments of Transportation and Environmental Conservation would submit a report to the governor and state Legislature by Aug. 30, 2024, detailing the impact on road safety and water quality in the Adirondack Park.

Little said there have been pilot programs focusing on this issue in the past and some are currently in place, but this measure would allow larger leaps in research and progress.

“The good news, as we’ve seen in municipalities such as Lake George where there has been a tremendous focus on this issue, is that newer equipment and utilizing technology is helping our local highway departments do their incredibly important work of keeping our roadways safe while cutting back on road salt usage,” Little wrote. “My hope is that we can do the same throughout the park.”

If this pilot program is successful, it could be expanded statewide.

Stec said this will not be a fast fix, but it is a first step in the process of safely reducing road salt. The bill does not allocate money for the study, so the DOT will need to accommodate for it in its budget.

Kelting said he is encouraged that if the bill becomes law, people from a variety of fields will discuss this issue and look for solutions.