Adirondack prison in Ray Brook swings from juniors to seniors 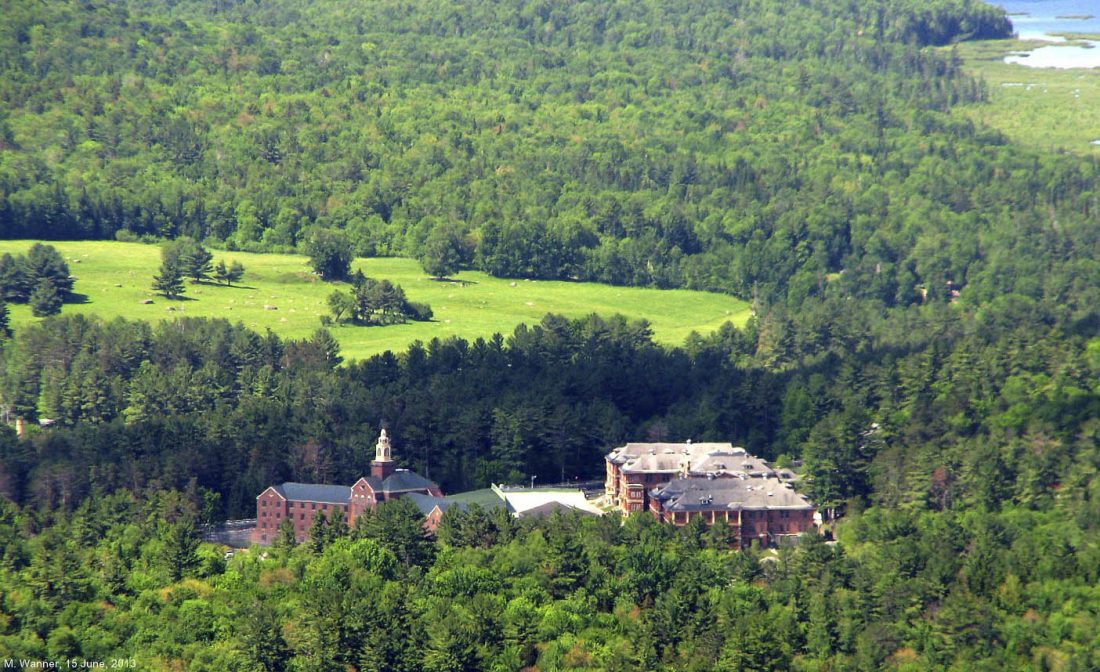 The state-run Adirondack prison in Ray Brook has again been converted, this time from a facility for teenage boys to a medium-security prison for men over 55. (File photo)

RAY BROOK — Out with the young, in with the old.

The state-run Adirondack prison in Ray Brook has again been converted, this time from a facility for teenage boys to a medium-security prison for men over 55.

In 2018, the then-medium-security adult facility was converted to hold male inmates between the ages of 16 and 18. This was done in light of Raise the Age laws, which raised the age of criminal responsibility from 16 to 18 for nonviolent offenders in New York.

This year’s state budget transferred the responsibility for these young offenders from the Department of Corrections and Community Supervision to the state Office of Children and Family Services. Gov. Andrew Cuomo first proposed the idea in late January in his Executive Budget.

According to DOCCS spokeswoman Rachel Connors, the Ray Brook prison now holds male offenders over the age of 55 in what she called a “therapeutic community setting.”

“We have an aging population, right?” Connors said. “It’s kind of a unique setting for them to better meet their specific needs. It also helps those that are reentering the community.”

The Adirondack Correctional Facility is now focusing on drug and alcohol rehabilitation, a plan from January that is now in effect, state Sen. Betty Little confirmed.

When Raise the Age laws were passed in 2018, three state prisons were designated to house people between 16 and 18 years old. The Hudson and Adirondack facilities were converted that year.

However, there were never many youth offenders at these facilities. Adirondack Adolescent Correctional Facility in Ray Brook was planned to house up to 142 youth inmates — down from a capacity of 550 adult inmates in 2010 — but as of early April, DOCCS said there were only 13 young offenders there, with around 100 staff to guard them.

Little, a Republican from Queensbury who is retiring this year, said she does not remember a time when the facility cracked 20 teen inmates. She said the numbers were low because few people of these ages were committing crimes that would land them in state prison.

State Assemblyman Billy Jones, a Democrat from Plattsburgh and a former corrections officer, said the shift of youth offenders from DOCCS to OCFS supervision was “the move that probably had to be made.”

He said he and Little toured the facility in 2019, and at the time there were only around a dozen adolescents there.

He said the state put millions of dollars into converting Adirondack Correctional, but the facility was not used the best way it could be as an adolescent facility.

Little said there is now only one adolescent facility operational, in western New York.

Jones and Little said they have not heard much about how the transition has gone for OCFS because they’ve been focused on the coronavirus the past few months.

Jones said the office likely has good rehabilitation programs for the adolescents but wondered if they had the right security capability.

There are seven secure and specialized OCFS detention centers throughout the state in Albany, Erie, Monroe, Nassau, Onondaga and Westchester counties and New York City.

Little said OCFS was given youthful offenders in a similar move around five years ago, and that at the time the office was not equipped to handle that population. She said decisions were made that drew criticism, such as having dances and other “rewarding” actions.

She said changes have been made in policy and administration, and she now believes OCFS is prepared to hold the youthful offenders.

Little said she would like to eventually see a female prison facility in the North Country, since these types of prisons are mostly in other areas of the state.

What is now the prison was originally built around 1904 as a state hospital to treat tuberculosis patients, and it continued that way up until the 1960s.

In 1971, the state reopened it as a drug addiction treatment facility for female prison inmates, and later in the ’70s it was converted again to Camp Adirondack, for male inmates who did outdoor labor like logging or trail building, or working on the Saranac Lake Winter Carnival Ice Palace. In the early ’80s it was converted yet again to the medium-security Adirondack Correctional Facility.