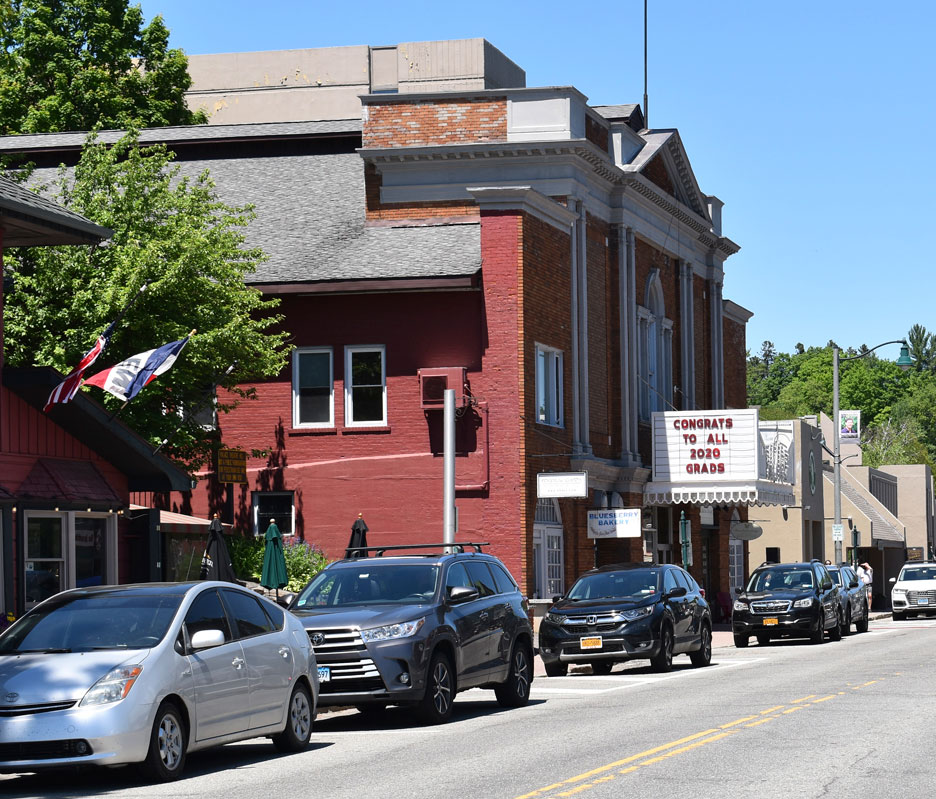 New York’s movie screens will remain dark in Phase 4 of the state’s coronavirus reopening, at least at first.

Movie theaters, gyms, casinos, malls and bowling alleys do not have state approval to open their doors yet because the state learned their air conditioning systems might spread the virus in droplets from people’s breath, Gov. Andrew Cuomo said at a news conference Wednesday. Though Phase 4 is the last official reopening stage, the state will still make industry-specific decisions over the upcoming weeks.

This decision came suddenly for many in the theater industry, according to Sally Strasser, who owns the State Theater in Tupper Lake.

“Everybody was so surprised that movie theaters were not part of (Phase 4),” Strasser said.

Barbara Clark, who owns the Palace Theatre in Lake Placid, said she was planning to open July 17 with a screening of the 2010 Christopher Nolan science fiction action movie “Inception” — setting up Nolan’s upcoming sci-fi spy thriller “Tenet,” thought to be a sequel to “Inception” — but now her plans are in “limbo.”

She said she has been trying to contact the area’s state senators to learn what the future holds for movies.

The state deemed theaters to be a “high-risk” industry, but Strasser said she doesn’t think small downtown cinemas like the Palace are high risk compared to New York City’s multiplexes.

However, Strasser said she was not bothered by Cuomo’s announcement as she had already planned on not opening the State Theater until late July, as the movie industry has stalled releasing first-run films until then. Strasser said most movies scheduled for summer release have been delayed until the fall.

“You won’t see four movies listed on the marquee for quite a while, I’m sure,” Clark said.

Strasser said she expects the live-action “Mulan” remake and “Tenet” will be the first movies to be released, later this summer.

She said movie production is starting back up in Hollywood but will likely be slower for a while.

Both theaters’ owners have thought about screening retro movies, too.

Both are working to make their theaters pandemic-safe. Clark said the Palace will organize a seating chart and will likely only run one or two screens to start. Strasser said she will sell tickets online, which theater-goers can print out from an iPad setup in the lobby. An usher will seat the audience in socially distant arrangements.

Strasser said masks will be required to enter but can be taken off during a movie. She said she would try to be conservative in her reopening approach.

“I would never want to be the cause of any illnesses, never in a million years,” she said.

Strasser said she is expecting smaller crowds when she starts screenings again.

“I’m not looking to make a lot of money; I just want to keep it open,” she said. “As long as I can make enough money to pay my employee, I’m happy.”

These are already low-profit businesses. Strasser said after not being able to sell tickets for months, she is paying the theater’s monthly bills herself. She applied for a federal Paycheck Protection Program loan but said she has not heard anything back from the Small Business Association.

Clark said she is lucky that she owns the Palace building but that she has endured months of no income and plenty of bills to pay heading into what is normally the busy season. She said it will take a while for the theater to “get back on its feet.”

“It will be feasible, but economically I really hope that we will take in enough to pay our staff,” Clark said. “It’s going to be tough, really tough.”

Strasser said she looks forward to reopening and longs for the social interaction that will go with it.

“I want to see my people, man. I miss everybody,” she said.

She said her manager tells her he is bored and is dying to come back to work.

She said she will be selling popcorn at the State Theater Saturday for people on their way to a drive-in screening of “Men in Black” at the Municipal Park.