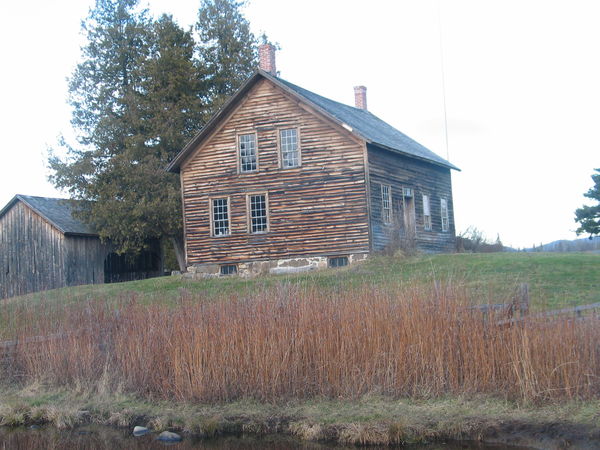 It was a mixed message Gov. Andrew Cuomo announced Wednesday: first, that the North Country and three other New York regions will progress to Phase 4 reopening Friday, but several expected services won’t be included just yet, including movie theaters and gyms.

These would be limited to 25% occupancy for indoor venues, and 33% occupancy outdoors — including staff. Six-foot social distancing must be maintained, staff must wear masks whenever they interact with visitors, and visitors must wear masks to enter and wherever it might be hard to keep 6 feet apart. Higher-risk exhibits, such as those in which visitors touch things, should be closed. Children’s play areas should also be closed. Hand sanitizer must be provided, and there are rules about cleaning facilities as well.

Outdoor concerts and other performances can technically happen in Phase 4, but they are limited to the state’s 25-person limit on gatherings.

Cuomo said Wednesday that cinemas, gyms, malls, bowling alleys, casinos and indoor performance venues are not yet allowed to reopen because the state learned new information that air conditioning in these facilities might spread droplets from people’s breath that contain the coronavirus.

“We’re just saying we’ve gotten some new information on how the virus spreads,” the governor said Wednesday at a press conference in Manhattan. “We’re still studying it. We’ll have a decision after we process all the information.”

Depending on when cinemas are allowed, that may be a setback for the family-owned Palace Theatre in Lake Placid, which had planned to open July 17, according to co-owner Barbara Clark. The State Theater in Tupper Lake, another independently owned classic downtown cinema, was planning to delay its opening until later this summer because many movie releases have been delayed.

The delay for gyms hurts people such as Jeremiah St. Louis, owner of SLove Health Club in downtown Saranac Lake.

“There’s a lot of uncertainty and a lot of fear going around about the pandemic, so I understand, as well as I’m upset by the decision — I’m pretty evenly split,” he said Wednesday.

He bought the Main Street building in 2017 and expanded as tenant businesses moved out. Even when gyms reopen, he said, “I know people are going to be avoiding gyms altogether,” but he is also grateful for people who have helped him through this tough time.

“Financially, we obviously have taken a hit, but we have had a lot of community support, members willing to keep memberships going to keep a local business going.”

The Southern Tier, Mohawk Valley and Finger Lakes regions will join the North Country in moving to Phase 4 Friday. Central New York, which entered Phase 3 along with the others, wasn’t included.

Although Phase 4 is the last of the official state reopening phases, clearly it doesn’t mean everything is allowed like before March, when coronavirus restrictions began.

The governor also announced that people traveling to New York, Connecticut and New Jersey from nine states with recent coronavirus spikes must quarantine for two weeks before going out in public. That is likely to put a damper on tourism to the Adirondacks from those states: Alabama, Arkansas, Arizona, Florida, North Carolina, South Carolina, Washington, Utah and Texas.

Some museums in the Adirondacks will reopen, and some won’t. The Wild Center nature museum in Tupper Lake plans to reopen and will announce details Friday, according to Marketing Manager Nick Gunn.

The Adirondack Experience history museum in Blue Mountain Lake had already announced it will remain closed all year and instead offer special digital activities online at theadkx.org. Director David Kahn confirmed Wednesday that Phase 4 won’t change those plans not to reopen in 2020.

“We would have had to hire and train seasonal staff weeks ago — and our typical housing strategy is unworkable under current circumstances,” he wrote in an email. “Last year we had 24 young people in four residential structures sharing rooms, bathrooms, and kitchens. … If we can’t house seasonal workers here in the future, period, that will be a very big problem. Then there is the issue of whether people will visit the region in significant numbers this season and whether they will want to go to attractions versus keeping to themselves.”

“We pondered and pondered and finally decided not to open it,” owner John Fadden said Wednesday. “We’ll wait until later in the summer and see how it goes.

Fadden opened the museum with his parents in 1954. The four-room structure is designed to reflect a traditional Haudenosaunee (Iroquois) longhouse and is packed with artifacts and information. Attendance varies from year to year, Fadden said, but the best year drew about 2,500 — that was 1990, the summer of the “Dances with Wolves,” he said with a chuckle.

Not quite a mall

There are no malls in the Adirondacks, such as people think of them. The closest thing is the Alpine Mall in downtown Lake Placid, which has several stores inside, including accessible only through the central common area. But the Main Street doors to that common area stand wide open as long as its stores are open, so it doesn’t have a closed air circulation system like traditional malls.

Stores that sell alcohol were considered essential, and Seguin said hers were the only ones in the Alpine Mall that never closed during the pandemic.

“It isn’t technically a mall; we’re an open-door market is how we’re looked at,” said Jessie Seguin, co-owner of two of those shops: the Smoking Cork liquor store and Stouts and Stogies, which sells tobacco and beer. Since alcohol sales are considered essential, her stores are the only ones in the Alpine Mall that never closed during the pandemic.

Phase 4 also may not change much immediately for the Adirondacks’ two colleges: North Country Community College and Paul Smith’s College. NCCC’s summer classes are all online and won’t be switched to in-person mid-term, according to Communications Director Chris Knight.

As for how courses will be taught in the fall semester, Knight said NCCC, like other state colleges, has submitted a plan to the State University of New York administration for review. Knight said NCCC’s plan includes different options, but beyond that he was not at liberty to share details at this time.

(CORRECTION: An earlier version of this article incorrectly said the Wild Center had announced it would stay closed this summer. The Enterprise regrets the error.)