UP CLOSE: Baptism by fire for USA Bobsled and Skeleton CEO 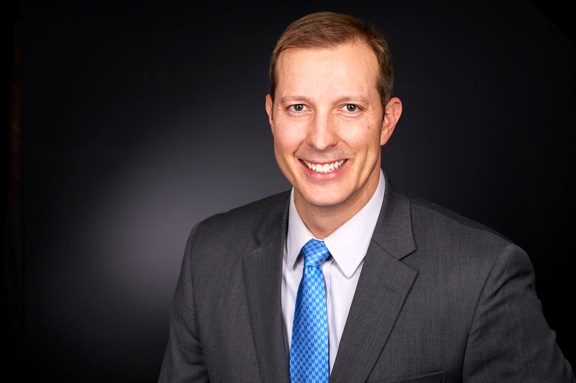 LAKE PLACID — Aron McGuire was on the job as USA Bobsled and Skeleton CEO less than a month before he had to make a huge decision.

Should the organization cancel the U.S. national championships set for March 20-21 at Mount Van Hoevenberg in Lake Placid due to the coronavirus pandemic?

The answer was yes.

“That was really one of the first difficult decisions that I was faced with,” McGuire said by phone from Colorado Springs, Colorado, where he is based.

That decision — announced on March 13 — was based on feedback from many people in the organization. McGuire didn’t know it at the time, but the national championships would have been canceled anyway; two days later, the state Olympic Regional Development Authority announced that all its venues — including the sliding facility — were being closed indefinitely.

The pandemic’s effects were felt immediately. Athletes stuck at home were faced with home training, but they were helped by a sponsor, Hammer Strength, which sent weights to the athletes’ homes for working out. Also, it is not clear when summer combines — in which prospective athletes for bobsled and skeleton try out for the team — will be held. Some athletes are still based at the U.S. Olympic and Paralympic Training Center in Lake Placid.

Looking at the positive side, McGuire said, “If you look at a bad situation, this is probably the best timing for it to happen,” adding that this is typically the down time athletes use for resting and recovering.

USABS usually chooses its teams in the fall, but it is still unclear when those tryouts will be held due to the social distancing mandates caused by the pandemic.

“Where we typically have a Plan A and a Plan B, we’re probably going to have a Plan A, B, C, D and E at this point,” McGuire said. “We are looking at every possibility. Unfortunately, none of us have a crystal ball of when things will get back to a state where we are, first of all, able to train together. We don’t know what the season is exactly going to look like next season. But we’re planning for everything.”

Their hope — their expectation — is to go forward with a full season of international competition. Still, McGuire realizes that there are only three possible options: have a full season, a shortened season or a canceled season.

“No matter what that situation is that comes to fruition, we’re going to be ready and we will be working with our athletes to ensure that they’re ready as well.”

McGuire grew up in Kent, Ohio, just south of Cleveland. He graduated from the University of Akron in 1999 with a bachelor’s degree in secondary education and eventually earned a master of business administration degree from Indiana University.

Like many bobsledders, McGuire began his athletic career in track and field — hurdles and pole vaulting at the University of Akron. Then he had a heart-to-heart conversation with his coach.

“One day the coach pulled me aside and said, ‘Hey, Aron. You’re a hard worker and dedicated, but I’ve got to be honest with you. I don’t think you’re good enough in either one of those two events to be great in track and field. But we’ve got a really good event for you. It’s called the decathlon, and you just have to be good in 10 events.’ And I thought, ‘That sounds exciting,'” McGuire said. “That was probably one of the best conversations I had with a coach that gave me some honest feedback and really helped my direction and my next step.”

“I loved the challenge of balancing strengths and weaknesses and how to maximize the events that I’m good at and how to really look at areas where I need to improve on,” McGuire said, adding that he had no experience in the throwing events. “What I liked about it is that there was always something new to work on. And it was all about balancing my time as an athlete.”

That experience set him up for his time in bobsled; the training is very similar.

“It’s all speed and power, explosion, sprinting,” he said.

Early in his career, McGuire began working for USA Track and Field, and during his first year, he went to the Pan American Games to support the U.S. athletes.

“Something clicked in my head, and I thought, ‘You know what? I want to be out there competing and see if I can represent Team USA,'” McGuire said.

In his office at USA Track and Field, McGuire saw a photo of bobsledders on a calendar or a magazine, and he was curious. So he called the federation to learn more about how to try out for the team.

“I flew out to Lake Placid that summer (2003),” McGuire said. “I tried out for the team and just had a blast. … I had been training to be a bobsledder for years and just didn’t realize it.”

This was after the 2002 Olympic Winter Games in Salt Lake City, Utah. McGuire made the national bobsled team and competed during three seasons, from 2003 to 2006. He spent much of his time as the brakeman for pilot Steven Holcomb, the U.S. Olympic medalist who died in Lake Placid in May 2017. McGuire called him the “best of the best.”

“He was dedicated and committed to this sport, and I think that was one of the many aspects that made him successful,” he said. “Even though everybody was out there to win and be the best, if you got beat by Steve, it was fierce competitors on the track but everybody was friendly outside the track as well.”

Asked why McGuire wanted the job as USABS CEO, he said, “They said that once you slide and you’re on ice that it gets in your veins and it sticks with you. And for me, being a winter athlete and competing in a winter sport, that was a life changer for me and a pivotal moment in my career. … And so when I had a chance to put on a uniform that was red, white and blue and had USA across the back of it, that was a special moment for me. So at that point, once I was an athlete, I said, ‘I’m going to dedicate my life to help Team USA out.'”

“For me, having a chance to come back and work within a winter sport, and specifically with bobsled and skeleton, that’s a once-in-a-lifetime opportunity,” McGuire said. “My goal is ultimately to provide every possible resource, every possible way we can support our athletes and put them in a position to accomplish their goals. That’s extremely rewarding for me.”

While Lake Placid is listed as the headquarters for USA Bobsled and Skeleton, with an office at the U.S. Olympic and Paralympic Training Center on Old Military Road, it also has an office in Colorado Springs, where McGuire and other key staffers are based.