How early depends mostly on their disrupted spring break schedule. Tupper Lake students got in a one-week February break before the coronavirus pandemic prompted the state to move classes online, so they will stay in school a little longer than those in Saranac Lake and probably Lake Placid schools, who missed a full two weeks of spring vacation.

The Saranac Lake Central School District announced Thursday afternoon that its last day of online classes will be Wednesday, June 10. End-of-year celebrations will follow on Thursday, June 11 (how those might be conducted was not explained in the district’s robocall to families), and the official last day of the school year will be Friday, June 12 — but students will have it off because it will be a superintendent’s conference day for faculty and staff only.

The Lake Placid Central School District is looking at Friday, June 12 as the likely last day of school for both students and staff, although no formal decision has been made, Superintendent Roger Catania said Thursday.

By the way, Lake Placid will have class this Friday, which was previously supposed to be a vacation day.

The Tupper Lake Central School District’s last day of class instruction will be Wednesday, June 17, a week ahead of normal.

Saranac Lake’s early ending, which Lake Placid may adopt as well, is two weeks ahead of normal.

All three districts are still planning some kind of commencement exercise for high school seniors on Friday, June 26.

The reason for the early end of teaching has to do with spring break schedules, state-mandated instruction days and each district’s faculty and staff union contracts.

New York state requires that each school district have 180 days of instruction per academic year. Union contracts typically add a few days: 183 total in Tupper Lake and 182 in Lake Placid, for example.

Tupper Lake schools, like many statewide, take a week off in February and another week and two days in April. Lake Placid and Saranac Lake schools instead take a single two-week break, which this year was scheduled for April. Families weren’t able to travel due to the pandemic, and the break was officially scuttled — although neither district continued classwork as usual during that period. Saranac Lake schools instead gave students a series of optional challenges to do on their own. Lake Placid’s alternative learning was more active, with teachers and students in contact every day.

In any case, what would have been spring break in April was counted among the required 180 instruction days. Therefore, doing the math sets the end-of-school days where they are.

Meanwhile on Thursday, Gov. Andrew Cuomo announced that summer school will remain online this year, but that it is too early to say whether the fall semester will be in person or remote.

— The state teachers union, among many others, have said distance learning is no substitute for in-person instruction. Seth McGowan, superintendent of the Tupper Lake school district who is retiring this summer, tends to agree — mostly, but not entirely.

“No, I don’t think anyone would say there is any substitute for kid in front of teacher with direct instruction,” he said Thursday. “Having said that, I think kids have learned different things.”

For example, he said, as high school students did research projects, “now we’re kind of in the real world in terms of proving your sources are credible.”

Furthermore, McGowan said, “There are some kids who were kind of dormant academically who have taken off with this kind of thing. That was a phenomenon we didn’t expect.”

Can teachers effectively assess each student’s academic performance remotely? McGowan said they can, but it’s different. Teachers are being told that students’ mental health is more important than their grades. They also don’t know if a student is now also doing child care for siblings, or managing a household, or whether they have anyone at home to spur them to do their schoolwork.

Therefore, McGowan said, teachers are being told to not take off too many points for individual assignments but rather get a composite look at whether each student has mastered the content.

Some students may find it easier to turn a failing grade into a passing one with the new, more independent format, he said. Others won’t.

“We have a sense of the kids who are engaged, turning in work regularly and showing up, and that’s most of them at this point,” he said. “If a kid was failing a class … before we went remote and they did not engage (in online classes), yeah, they’re gonna need course credit.

“I think our summer school enrollment is going to be significantly smaller” than normal, he said. However, he also predicted that educators won’t really know how effective this COVID remote learning has been until the fall semester. 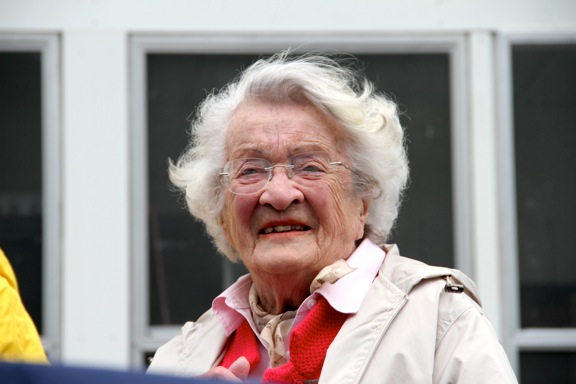 WE ARE LAKE PLACID podcast: Ruth Hart, 2018 Lake Placid volunteer of the year