No parades, gatherings this Memorial Day 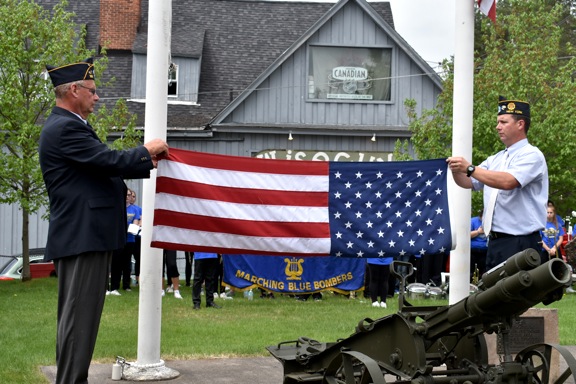 The spread of the novel coronavirus has derailed many annual Memorial Day ceremonies this year, but the sacrifice of military members across the nation won’t be forgotten.

Gov. Andrew Cuomo announced during his daily press briefing in Albany on Tuesday, May 19 that Memorial Day celebrations with 10 or fewer people in attendance would be allowed, and vehicle parades would be encouraged instead of marching parades — though local governments would have the ability to block requests to hold these events if there’s a public health concern.

However, many local veterans organizations have decided to cancel their annual parades and ceremonies, instead opting for small or private remembrances.

Memorial Day, once called Decoration Day, dates back to shortly after the Civil War and is primarily meant to remember those who died while serving in the armed services.

American Legion Post 326 in Lake Placid won’t host a parade or flag ceremony this Memorial Day it usually does, according to post historian Bill Morris. The flags that would normally be lowered and exchanged will remain up until Veterans Day.

“Unfortunately due to the current circumstances and the need for social distancing we will not be holding our traditional Memorial Day festivities this year,” the legion wrote on social media Tuesday. “We are saddened that we will not have the opportunity to honor those who have bravely served for our country but the safety and well-being being of our community and patrons is of the utmost importance. Please join us in spirit this Memorial Day and take a moment to reflect on your own experiences and those of your loved ones who have served. We can’t wait to see everyone when all of this is over.”

Though the annual ceremony has been canceled, on Saturday, May 23, Legion members will place flags on graves starting at 10 a.m. while practicing social distancing, Morris said.

The Carry the Load remembrance, traditionally held as a walk around Mirror Lake the day before Memorial Day, will be held virtually for participating communities around the U.S., according to the Carry the Load – Lake Placid Facebook page. Carry the Load is a nonprofit organization that gives people an active way to pay tribute to loved ones and others who lost their lives serving as members of the military, police, emergency services and correctional fields.

Members of the American Legion Marcy Post 1312 in Keene have decided that instead of hosting the usual public ceremony, private reflection will be encouraged.

Post Commander Tom Both said the legion plans to hang cedar flower boxes with fresh flowers at the veterans memorial site on Norton Cemetery Road, as well as on the bridge in town.

“People should feel free to come down and visit the veterans park,” Both said.

The national American Legion is asking that people submit information about the loved ones they’ll be remembering on Memorial Day, so the legion can honor them on social media over the weekend. Visit www.legion.org for more information, or use the hashtag #VirtualMemorialDay on Facebook and Twitter to participate.

The United States Army Field Band will perform four times over the weekend on the band’s Facebook and YouTube pages; once on Friday and Saturday at 7 p.m., and on Sunday and Monday at 1 p.m.