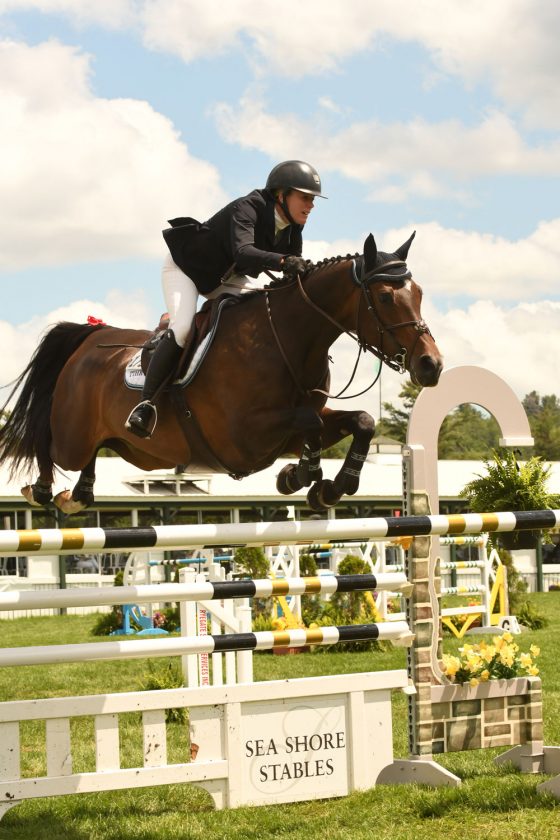 On Thursday morning, the board of the Lake Placid Horse Show Association unanimously voted to cancel the two-week-long equestrian events that had been scheduled to take place at the North Elba Show Grounds from June 23 to July 5.

The horse shows in Lake Placid celebrated their 50th year a summer ago, and the coronavirus pandemic halted that streak at the half-century mark.

Marty Bauman, communications director for the Lake Placid Horse Shows, said that back on March 16, the United States Equestrian Federation put a stop to all horse shows it sanctions through May 15. He said that decision was later extended through the end of May.

The USEF’s ruling in March came while the Winter Equestrian Festival in Wellington, Florida, was in full swing with more competition remaining.

“When this whole thing hit, there were still two or three weeks left at the Winter Equestrian Festival when the rest of it was canceled, and that created a domino effect as shows traditionally begin to come up north,” Martin said.

She added that although the Lake Placid Horse Shows last for two weeks and begin in late June, it takes many more weeks of prior preparation to get the show grounds ready to host hundreds of competitors and more than 1,000 horses each summer.

“Time was becoming a factor,” Martin said. “It’s just not just the horse trailers coming into town; it’s all the other things that have to be taken into consideration: the security, the parking, opening the VIP turf club for the exhibitors with social distancing. All the tents would have to be ready, getting the grounds themselves — these are all things that we would be working on now. There’s a lot of safety protocol to follow.”

Martin said the board discussed holding the shows later this summer, perhaps in August. But with other events still on the schedule in Lake Placid then, and other competing horse shows still tentatively slated for that time, they decided to wait until next summer to host the 51st year of show jumping here.

“We’re going to do it,” Martin said. “We’re going to make it bigger and stronger, and it will be quite the year. We’re going to put on our creative hats to come up with a wonderful way to welcome all our friends back to Lake Placid next year.”

Bauman, who lives in Sharon, Massachusetts, said he started coming to the Lake Placid Horse Shows 40 years ago and hasn’t missed one since.

He added that his wife Nancy suggested they visit Lake Placid later this year for a short vacation.

“We fully expect the horse shows to return in 2021,” he continued. “We hope and pray that there will be some type of return to normal by then, and before then. I anticipate that by next year, we can all be back in Lake Placid celebrating this great event.”