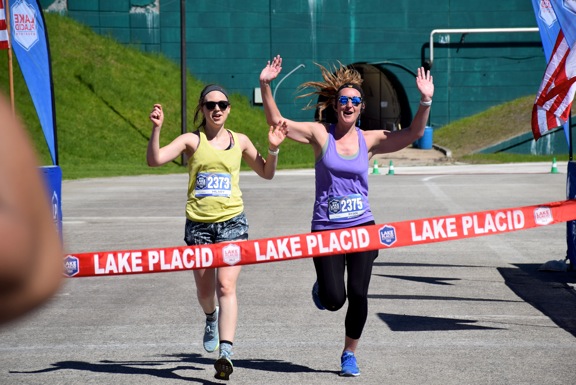 LAKE PLACID — The Lake Placid Marathon and Half will be moved from June 14 to Aug. 23 due to uncertainty over the current stay-at-home restrictions during the COVID-19 pandemic, according to owner Greg Borzilleri.

The decision came Wednesday after Borzilleri and other major Tri-Lakes event coordinators took part in a conference call facilitated by the Regional Office of Sustainable Tourism. The purpose of the call was to begin a discussion about how the “New York State on PAUSE” social-distancing mandates will affect the busy summer calendar.

On April 16, Gov. Andrew Cuomo extended the state’s stay-at-home restrictions at least through May 15. They were first enacted on March 22. Nobody knows what, if any, restrictions will be lifted after May 15, and that timeline was cutting it too close for Lake Placid Marathon participants and organizers.

“I didn’t want to wait until May 15, when this next round of pause is going to end, to see if that got extended,” Borzilleri said Thursday.

Borzilleri was originally looking for an alternate date in July, but late August seemed to be a better choice.

“I figure the later in the year we can push it, the better,” he said. “What I didn’t want to do was move it to July and have to move it again.”

In order to host the event, Borzilleri has to secure permissions from the state Health Department and village, town, county and state officials since participants use streets and roadways. For the 26.2- and 13.1-mile courses, runners begin on Main Street in front of the Olympic Speedskating Oval, go around Mirror Lake, take state Route 73 to the River Road and back to the village (out and back again for the full marathon), making the last leg up McLenathan Avenue to the Lake Placid Middle/High School and the finish line at the oval.

“Everything is contingent on the state of New York giving us permission to operate the event,” Borzilleri said. “Obviously we’re going to try to keep it as safe as possible for the participants, volunteers and spectators. … If it turns out in August that we can’t have it, we can’t have it.”

Another key factor in Borzilleri’s decision was the U.S.-Canada border, which is currently only open for essential traffic such as trade and business-related purposes. Many Canadians traditionally participate in the marathon, but crossing the border for vacations or casual visits is not allowed. On Saturday, April 18, U.S. and Canadian officials announced the extension of those restrictions for another 30 days — until May 21. They were first enacted on March 21.

“And if the Canadian border doesn’t open up, then that makes it tough as well,” Borzilleri said. “We wanted to give the Canadians as much time to sort through their process and hopefully open up the border so we can have Canadians come down and race.”

Just under 500 runners had registered for the Lake Placid Marathon and Half as of Wednesday, according to Borzilleri. The race has seen more than double that number in the past by the time of race day.

“We understand that these options may not be suitable to all and we apologize,” Borzilleri wrote on the marathon’s Facebook page. “For the future viability of the race, we feel that these are the only methods we can offer going forward.”

The Lake Placid Marathon and Half was first held in 2005 by Jeff Edwards and Brad Konkler, who sold the race to Borzilleri in October 2016.