Winter wins a round, but spring is coming 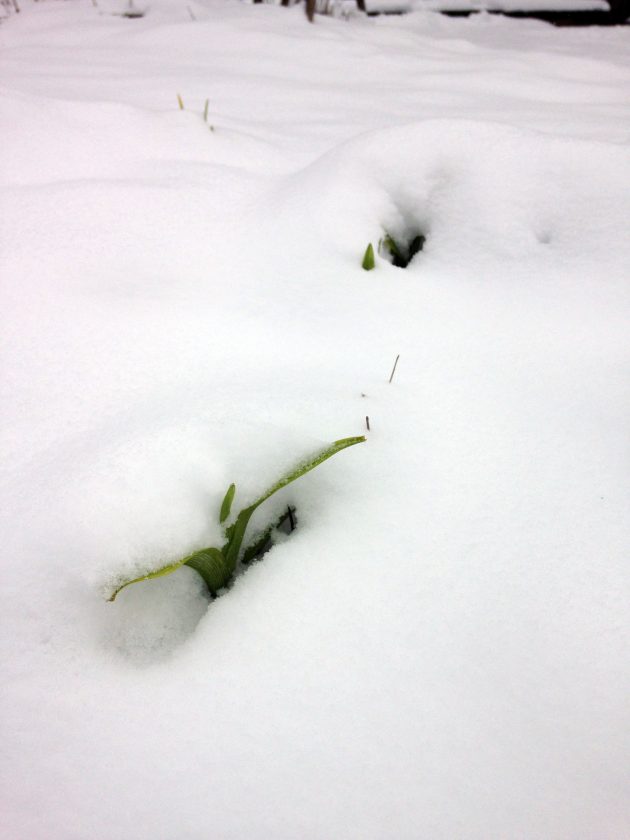 SARANAC LAKE — While spring has had its moments so far this year, winter has not gone away yet. Tri-Lakes residents awoke on Wednesday, Earth Day, to find a solid blanket of snow had fallen overnight.

That’s fairly normal for April in the Adirondacks. At present, eastern states — especially northeastern ones from West Virginia to New Hampshire — are experiencing below-normal temperatures while western states are above normal, especially the Southwest, according to the National Weather Service. Phoenix, Arizona, is seeing highs in the 90s and 100s these days.

In Saranac Lake, the snowfall was roughly 3 inches. Plow crews were out clearing roads and sidewalks.

State Police reported a single crash related to the snow, which they also attributed to speed, in which a vehicle hit a pole on state Route 86 in Ray Brook, near the State Police Troop B headquarters.

Matthew Clay, a meteorologist with the National Weather Service office in Burlington, Vermont, said that while the rest of northern New York and Vermont received a bit of snow, a “stripe” on the map from around Colton to Lake Placid was a “sweet spot” that got heavier snow, between 3 and 5 inches. 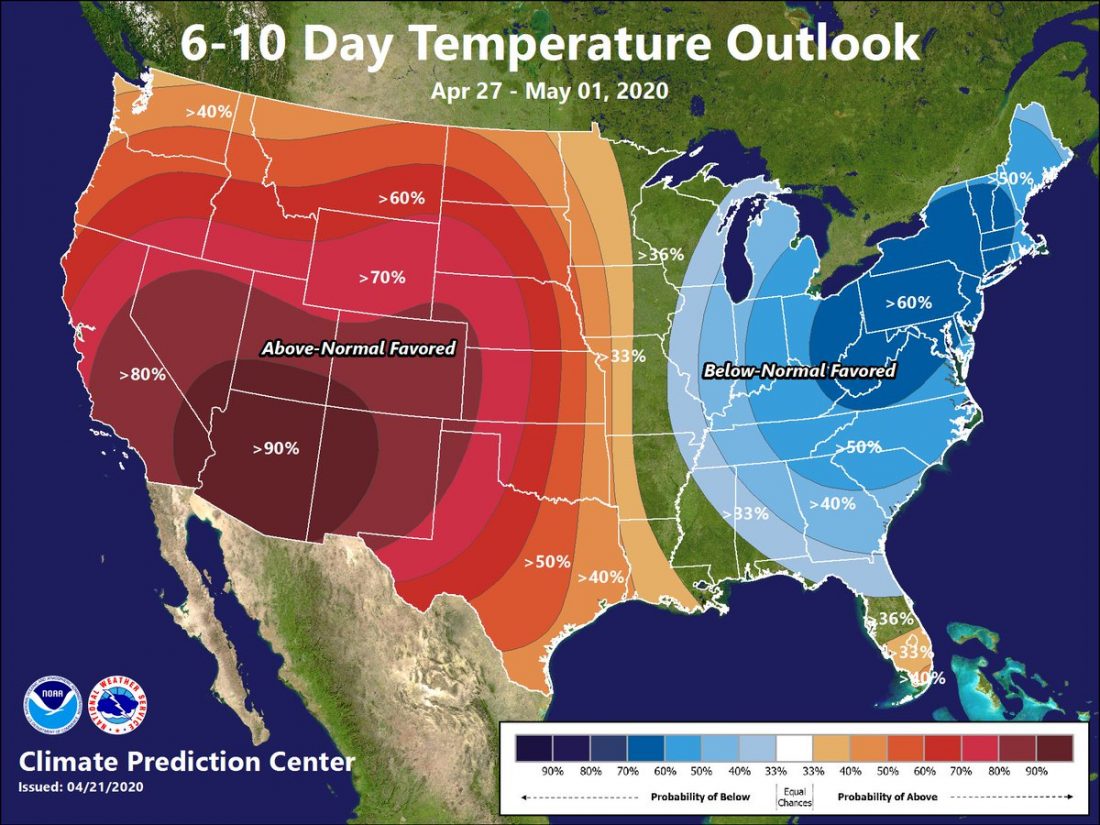 The snowfall tapered in the valleys just east of Lake Placid. Clay said he talked to a weather observer in Jay who reported three-quarters of an inch at the town garage but 2-and-a-half inches at higher elevation.

Clay said a cold front brought the overnight snow, and that Wednesday morning’s lingering flurries were due to snow blowing down off mountains.

Temperatures were in the 20s into Wednesday afternoon with a forecast high in the low 30s and an overnight low in the teens. Ten-day forecasts on NWS and Weather.com show highs mostly in the 40s, breaking into the low 50s on Saturday, with lows in the 20s and 30s.