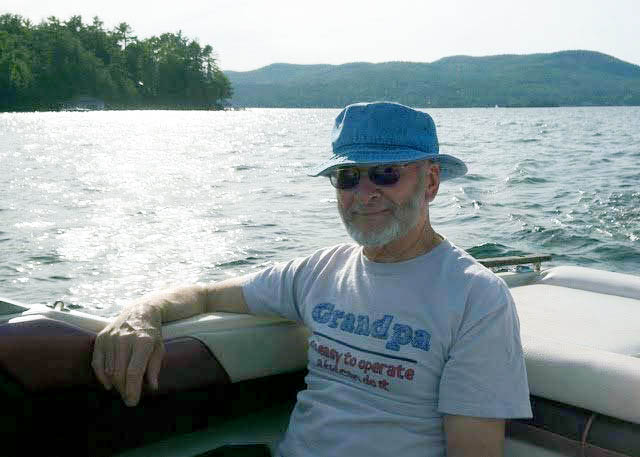 Timothy “Tim” John Fitzgerald Jr., 83, of Hastings on Hudson and formerly of Jay, passed away peacefully on Saturday, March 28, 2020, at 11:55 p.m. at Phelps Hospital in Sleepy Hollow after a prolonged illness.

Tim was born in Lake Placid on Sept. 14, 1936. He grew up in Lake Placid with his parents and three brothers, enjoying all that the Adirondacks had to offer. He was a graduate of Lake Placid High School.

Tim served in the United States Air Force for four years allowing him to travel to Ireland and beyond before returning to Lake Placid. He worked as a mail carrier for the United States Postal Service for 35 years before retiring and living his “golden years” in Jay. Also, he worked part-time jobs in construction and automotive repair and restoration. Once his illness progressed, he moved to live with his son’s family in White Plains.

Tim loved the outdoors and the Adirondack Mountains and spent much of his time walking or skiing in the woods and enjoying the wildlife. His many hobbies included photography, hiking, fishing, camping, canoeing, running, cross-country skiing, downhill skiing, singing, gardening and reading. He sang in a barbershop quartet in Lake Placid. Tim ran many 5K and 10K races as well as several marathons throughout his adult life, and he relayed his own running expertise and stories to nurture his beloved granddaughter’s devotion to the sport when he attended her track meets. He spent countless hours reading classic literature including poetry, Doyle, London, Nash, Poe, Adirondack stories and Irish mythology. His love for restoring cars was often shared when he displayed, paraded or showed his own antique automobiles.

The Fitzgerald family expresses deep gratitude to his caregivers at Andrus on Hudson for the excellent care that he received while living there since September.

In lieu of flowers, donations in memory of Tim Fitzgerald can be made to the Prostate Cancer Foundation or the Adirondack Mountain Club. Friends wishing to share a memory or leave condolences, please visit www.mbclarkfuneralhome.com.