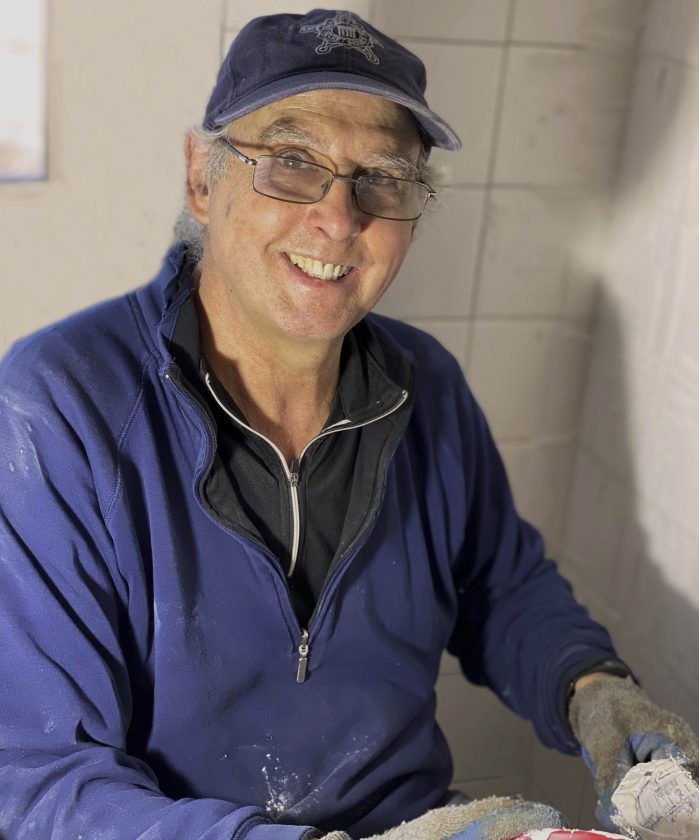 Thomas Edward Saehrig, 68, of Vermontville, died suddenly on Monday, March 30, 2020, at home, with his children by his side.

Born in Troy, New York on April 25, 1951, he was the son of Frederick and Florence (Eccleston) Saehrig. Tom married Dinah Russell Reid on Friday, May 16, 1986 in Charlotte, Vermont. Dinah predeceased Tom on June 16, 2018. Tom is survived by his brother, Fred Saehrig (Kathyann Cowles) in Glastonbury Connecticut, his children: Bridget, Juliana, Thomas, and Matthew, and his grandchildren, nieces, and nephews Tom graduated from Linton High School in Schenectady, New York where he was class President for three years and lettered in four sports. He then graduated from Brockport State University with a degree in Mathematics.

After college, Tom worked as a builder on the Lake Placid Club and started a construction company, Hi Country Builders, in Lake Placid. After the 1980 Winter Olympics, he moved to Carmel, New York, then Redding, Connecticut, building homes and starting his family. Always returning to the Adirondacks for vacation, he finally moved back in 1992 and started his career at the Adirondack Park Agency where he served as an Environmental Program Specialist until his death. Tom loved the Adirondack Park and had a wealth of knowledge about the park’s vast landscape and deep history.

Tom was a MacGyver; he saw the world in the shape of puzzles, and believed he could solve anything with a 25-year-old piece of wood from his barn, or with a tool that only he knew existed. He had a wealth of knowledge about all things useful. As a builder, Tom had big vision. When you worked with him, you had to be fast, follow direction well, and deliver his tools as his “gimme.” He had no use for politics or drama — he wanted to know what the problem was, and how to solve it.

During the ski season, Tom could often be found at Whiteface, no matter the conditions, happy to be skiing with his kids. He was the kind of father who traveled great distances and went to great lengths to care for his children, simply because, “They are my children, I would do anything for them.” His family believed his work ethic was so strong because he was constantly striving to build a better world for them.

Tom was selfless. He never asked for help, but was the first to offer it. To put it simply: Tom had a light about him that was put out too soon.

Funeral arrangements are in care of the Fortune-Keough Funeral Home in Saranac Lake. A memorial service will take place this summer with details to come.

Friends wishing to remember Thomas Edward Saehrig may make memorial contributions to the NYSEF Scholarship Fund in care of the funeral home. Family and friends can also share their memories and sign the guestbook at fortunekeoughfuneralhome.com.