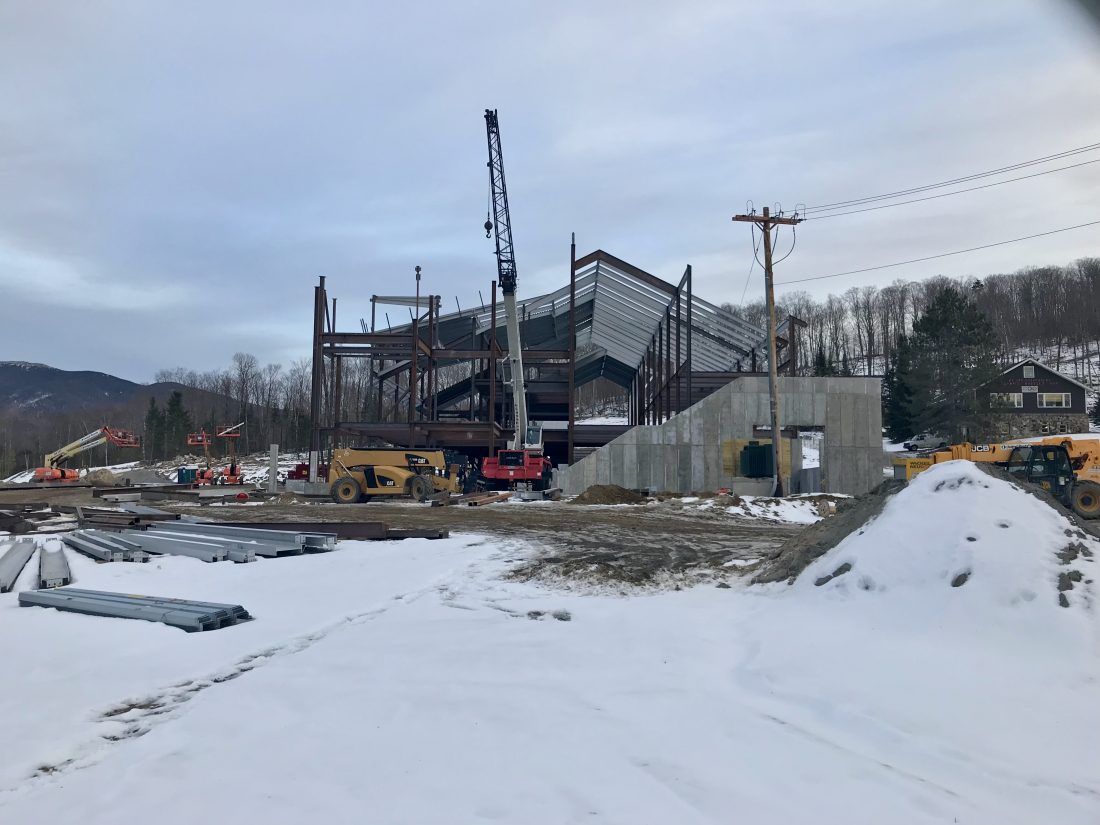 The framework for a new base lodge at the Mount Van Hoevenberg Olympic Sports Complex is seen Christmas Day, 2019. (News photo — Elizabeth Izzo)

LAKE PLACID — The state Olympic Regional Development Authority is currently looking into how the governor’s shutdown of all non-essential construction will affect its venue upgrades.

“We are looking at that right now, and we’ll know exactly what that implication is,” said Scott Christiansen, ORDA vice president of marketing, sales and communication. “We’ll be able to post something in the next couple of hours. We want to make sure that we’re aligned with everything that’s being asked of us right now.”

Those who don’t follow the mandate could face a $10,000 fine per violation.

ORDA is in the midst of working on upgrades for its facilities in preparation for the 2023 Winter World University Game and beyond. The games are an Olympic-style event expected to invite thousands of athletes and spectators to the North County for two weeks of winter sports competition. The state has invested nearly $240 million in the last few years to venues such as the Whiteface, Gore and Belleayre Mountain ski centers, the Olympic Jumping Complex, the Lake Placid Olympic Center and the Olympic Sports Complex at Mount Van Hoevenberg, which is home to cross-country skiing, biathlon, bobsled, skeleton and luge venues.