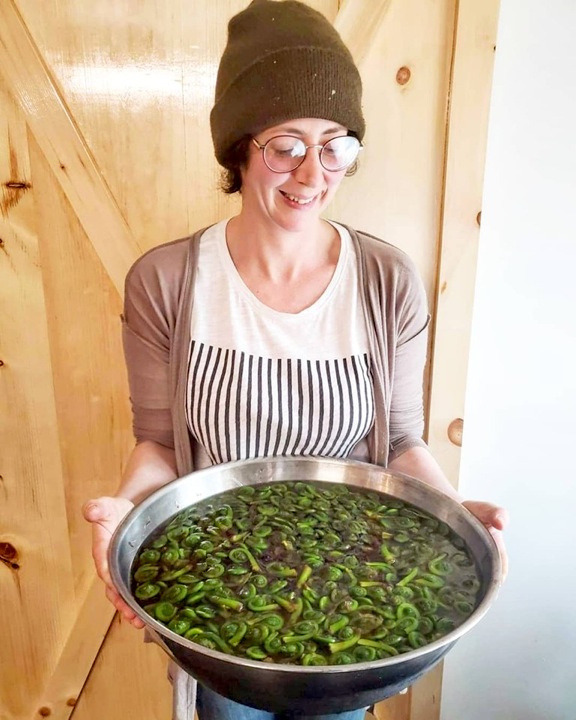 KEENE — Cori Deans started her business with a few recipes she enjoyed.

Diagnosed with Crohn’s disease, the Lake Placid native said she decided to incorporate more fermented foods into her diet to try to flush out bad bacteria. What started as a lifestyle change snowballed into Small Town Cultures, a Keene-based fermentation business — and into a full-time career.

When Deans looked around for fermented food, which are rich in probiotics, she realized what she was looking for didn’t seem to exist.

“It was during that process that I realized how lacking the local fermented food scene was,” she said. “The business was born out of need … ‘I want to eat this way, but it’s not there.'”

Deans started fermenting food for herself, but soon she found herself holed up in her sister’s space, the Good Bite Kitchen on Main Street in Lake Placid, churning out large orders for distribution. Then she invested in a kitchen of her own.

“Ten years on, now this is just a way of life,” Deans said. “I ferment, I eat it, I don’t have symptoms, and haven’t had symptoms for a while.”

Small Town Cultures offers familiar fermented foods, with a twist. Kimchi, usually made with nappa cabbage, is made with cabbage, carrots, garlic, ginger, turmeric and other spices. There’s apple sauce, but fermented with lemon juice and cinnamon.

Deans sources nearly all of the ingredients locally, at farms such as Juniper Hill and Fledging Crow. She often uses the produce that’s ugly or damaged or too small to sell. Freshly grown produce is often stored in probiotic-rich soil, she said, and the fermentation process allows those probiotics to propagate. Small Town Cultures uses a lacto-fermentation process.